previous
Gotham TV Series - Logo & New Story Details Revealed
random
next
It's Official! Follow up to The Incredibles is a go!
Film and TV
1 like

When Disney bought the Star Wars franchise from George Lucas back in October of 2012, fans of the saga were promised a succession of new Star Wars movies (namely episode VII, VIII & IX) starting with episode VII in 2015 and since then have been eager to find any chunks of information regarding the narrative and/or production of the movie.

Amongst other bites of information mainly coming through the rumour mill Disney has officially announced that Star Wars Episode VII will be set 30 years after the events in Return Of The Jedi. This said, fans can expect to see key characters making a return in the form of older versions and more than likely ushering in a new band of core characters as a crossover to give the franchise a new lease of life.

The announcement came through a shareholders meeting at Disney where Disney boss Bob Iger revealed that Star Wars: Episode VII would feature “some very familiar faces with a trio of new leads”, Iger also noted that J.J’s Star Wars: Episode VII is to be set 30 years after Return Of The Jedi and will begin shooting this May. 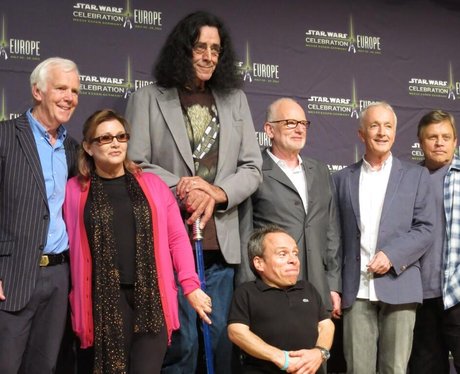 All this is exciting news and it shouldn’t be long until we starting hearing more news and confirmed facts about the plot, characters and casting of the film. What are your thoughts on this extension of the franchise? do you have reservations about J.J. Abrams’ take on Star Wars? worry about new characters taking over the story? or do you have positive thoughts about the future of the franchise, leave your comment below to have your say.