previous
First Look at Superman for Batman v. Superman: Dawn of Justice
random
next
Remakes, reboots and a list of 65 of them to rant about
Film and TV
0 likes 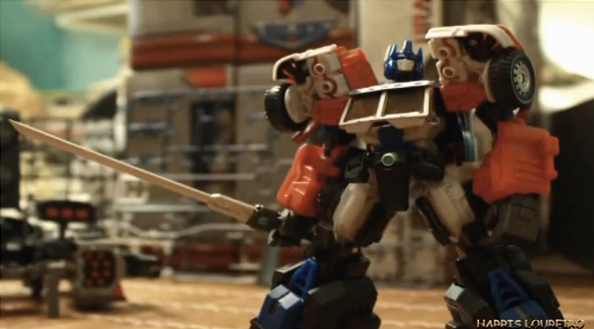 So Michael Bay’s latest slice of braindead cg infused explosions with something vaguely resembling a plot and characters maybe might be here, it might have also defied the rules of nature and the universe and made a ridiculous amount of money too (ensuring Bay never changes his approach to film ever, you did this to yourselves people) but Harris Loureiro has created something far better than Bay has achieved with his twelvety billion dollar budget, okay it’s not much but you get my point.

The Malaysian animator has created a distinctly old school gem using stop motion and a set of Make Toys Giant Transformers. The short, which would’ve been longer if not for a hard drive crash which corrupted some of the data, features Optimus Prime fighting the Constructicons and not only features visual and sound FX but is also soundtracked with Touch by Stan Bush, as heard in the animated Transformers Movie.

Am I the only one thinking someone needs to give this guy a budget?

The internet salutes you.

Andy Haigh started writing to counteract the brain atrophying effects of Retail Hell, now it's an addiction. Andy is an unrepentant sequential art absorbist and comics are one of his passions. Other interests include Film, Music, Science Fiction and Horror novels and quality TV like Game of Thrones. He can talk about these at great length if only someone would listen. He lives a somewhat hermit like life in The Shire, spends too much time on social media and is still waiting to go on an adventure.
More Goodness
michael baynewsOptimus Prime

TNMT: Out Of The Shadows Superbowl Trailer

Alien Invasions and Dinobot-Riding Action in the latest Transformers: Age of Extinction trailer!