previous
Potential Spoilers for the fate of 2 characters in the last Jedi.
random
next
MCM Birmingham Comic Con – November 2017: Is that a chicken?
Film and TV
2 likes

It keeps you guessing.

The special effects leave a lot to be desired.

Definitely worth a watch, maybe not at night if you are a firm believer in ghosts.

Ghost Wars is one of the latest SyFy shows to come out this fall. With 6 episodes under the belt already, the show has had time to both find its footing and an audience, but what is Ghost Wars all about? And is it worth the watch? 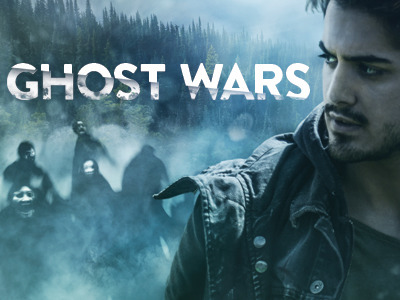 To answer the first question, the show is set in a small town in Alaska, where following an earthquake the dead have returned as spirits. Sounds pretty straightforward and even a little cliche.  After all the supernatural themed shows have been around for a while, with similar premises – though usually spread out over the course of a single episode. Now, if you’re expecting something fast paced, where blazing guns and throwing salt around solves issues, you’re watching the wrong show.

Ghost Wars is a slow burn tale, where – despite being somewhat told at the start that the resident psychic is the hero – everyone gets their time in the lime light and considering the cast, that can only be a good thing.

Vincent D’Onofrio plays a priest who lost his faith, only to find it when the world has gone to hell – or did he? – Kandyse McClure is a scientist who might have had a hand in the entire mess, Avan Jogia is the reluctant psychic and Meat Loaf his biggest hater. Kim Coates, Kristin Lehman, Luvia Peterson and Sonja Bennett complete the cast of townspeople trapped in a horror story they want no part of. I thought at first that the acting was a little awkward, particularly on Avan Jogia’s part, which struck me as odd, since he is quite a good actor. However it hit me that he plays a character that has spent his life being hated and bullied by his neighbors and suddenly he cannot hide away from people anymore. He’s now a hot commodity and he doesn’t know how to deal with it. “Garlic for ghosts,” to quote the show.

In Ghost Wars all those that have died post the aforementioned earthquake come back “wrong”, vengeful and seemingly focused on a bigger picture that for now only they can see. They force people to stay in town, cutting out communications and blocking them away from travelling. They can control what people see and even what they do. Why? That is one question still unanswered. 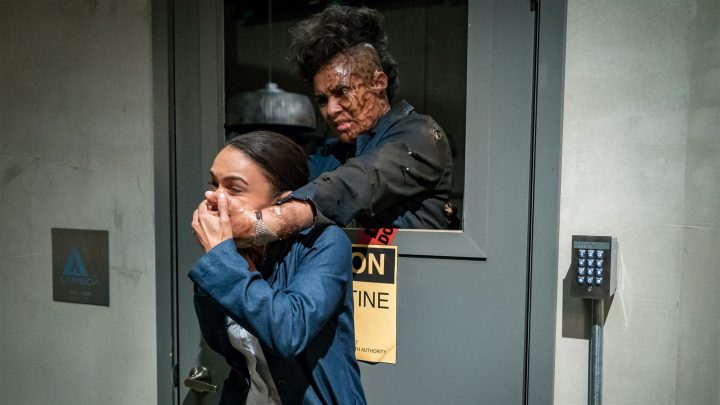 It takes a while for the show to pick up, with seemingly unconnected events all leading back to the same thing. The feeling of claustrophobia is nightmarish enough- no matter how big a cage is, it’s still a cage, after all – but the fact that most people stuck there have to contend with angry ghosts just adds fuel to the fire. What I like is that they portray a world where nobody wants to accept what’s going on. Seeing the dead lurking, seeing them try to kill someone is not enough to make everyone a believer – so very much like real life. There is doubt, but the change from one extreme to the other makes sense. You cannot deny hard evidence after all. (I am aware that in fact it is possible to deny hard evidence).

So far Ghost Wars has it all: creepy children, creepy ghosts…a combination of the two, a psychic and a scientist who is not quick to dismiss him (and by the looks of the above picture, you can see why) plus religion, for good measure. How the three mix and how it will work out in the end, remains to be seen. With only 7 episodes to go, Ghost Wars has started to pick up the pace with more and more spirits showing up, things getting even more dreary and everything that could go wrong, doing just that.

If there was a sense of lazy, small town attitude to the whole show at the start, where everything is so static that even when things move, you miss it, now that began to change.

Onto what Ghost Wars doesn’t have…a special effects budget deserves an honorary mention. Sometimes a moment could be ruined by the poor effects that make some events laughable instead of dramatic, but I like to believe that the rest of the story makes up for it. And to their credit, they do improve from time to time.

Maybe it’s a clever ploy to allow those that watch the show late at night some sleep?

You can find below the trailer of the first season – hopefully not the last, because I am already hooked – enjoy and give it a shot.

What's there to say about me? I love the sci-fi and fantasy genre when I read, but I am in no way limited to that alone. I do think Frank Herbert deserves a statue for his writing(if there is one, point me in that direction, please). I enjoy writing quite a lot, but I am also kinda lazy. If you want to make me happy give me books or Doctor Who collectibles. Or a real TARDIS, in which case I will love you forever.
More Goodness
reviewSupernaturalVincent D'Onofrio