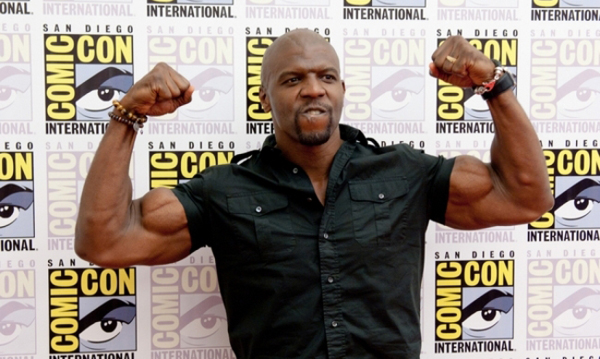 In a move that will no doubt please plenty of fans who have been playing the old ‘which actor should play which character’ game ever since the partnership between Netflix and Marvel was announced, Terry Crews made it clear that he’s up for the role.

In a feature with Collider Crews said

“I’m game. There are no rules. What’s up, Marvel? I’m right here, baby. I ain’t goin nowhere. You know where I live!”

He also spoke about why he took himself out of the running for the role previously,

“Actually I took myself out of the Luke Cage running a while back, just because it was people trying to put people against each other. [It was] Idris vs. Michael Jai and I’m like, ‘Wait a minute, this is not even greenlit! Can we talk to Marvel? Why are you talking to me? Don’t put me against my homeboy for a movie that’s not existing.”

One thing that could throw a spanner in the works is Crews’ role on Fox’s Brooklyn Nine Nine. Whether Fox would allow him to work for a competitor is one question and whether Netflix/Marvel could afford Crews, who is high profile, is another. It maybe would be a gamble that could pay off with a recognisable star (one which fans have already cast no less) drawing an audience.

Andy Haigh started writing to counteract the brain atrophying effects of Retail Hell, now it's an addiction. Andy is an unrepentant sequential art absorbist and comics are one of his passions. Other interests include Film, Music, Science Fiction and Horror novels and quality TV like Game of Thrones. He can talk about these at great length if only someone would listen. He lives a somewhat hermit like life in The Shire, spends too much time on social media and is still waiting to go on an adventure.
More Goodness
breakingluke cageMarvel