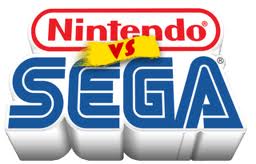 The lovable Canadian Seth Rogen, and his writing partner in crime Evan Goldberg look set to pen a film looking at ‘The Console Wars’. The Console Wars for those who don’t know happened between the 1980’s and 1990’s between Japanese companies Nintendo and Sega. It was a golden time for the young gamers, Nintendo brought out the Nintendo Entertainment System (NES) in 1983 and shortly after came Super Mario Bros. in 1985, one of the best-ever selling games of all time. Trying not to be outdone SEGA introduced their first home console in 1983 with the SG-100 and thus the console wars were born. Both companies trading blow for blow throughout the years, the SNES against the Sega Mega Drive, the Nintendo 64 against the Playstation. 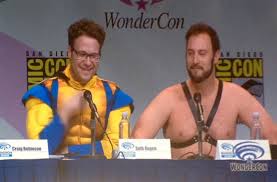 This won’t be the first time that Seth Rogen and Evan Goldberg have collaborated. The pair worked closely together on films like, ‘This is the End‘ and ‘Superbad‘. They’ve also traversed the realms of graphic novel adaptation with their re-imagining of ‘The Green Hornet‘. The film’s script will be written by the pair based upon Blake J. Harris’s upcoming non-fiction book, ‘Console Wars: Sega, Nintendo and the Battle that Defined a Generation.’

Sony Pictures and The Social Network’s Scott Rudion are developing the project, whilst Rogen and Goldberg will also direct the film. The author of the book that spawned this idea, Harris, will serve as a producer on the film following the hundreds of interviews he did to get an in-depth look at the rivalry.

At the moment there are very few details about the up-coming project, there are yet to be any rumours about who could be starring in this possible ‘geek-gasm’ of a film or when the film could be released. All we know is, we can’t wait to see it.

As an aspiring journalist I have found a home here at geek-pride, where I can write upon many subjects. If anybody has something they believe should be reviewed or newsworthy then feel free to send me a message, I always enjoy talking to people.
More Goodness
Evan Goldbergn64NES