previous
Infographic: Visual Guide to all the Superhero Movies up Until 2020
random
next
Camp X-Ray - LFF 2014
Film and TV
0 likes

The Disappearance of Eleanor Rigby: Them – LFF 2014

Although no stranger to the festival circuit, one of my favourite films of the year so far has to be Ned Benson’s offering of The Disappearance of Eleanor Rigby: Them which premièred in London on Friday night as part of the line-up for this year’s BFI London Film Festival.

Originally designed as two separate films, The Disappearance of Eleanor Rigby is a story of loss, love and grief and showcases a very humanised depiction of what it means to fall in and out of love and to overcome the obstacles and issues surrounding the dissolution of a marriage and the loss of a child. Unique in it’s design, the film was shot from two perspectives, one focusing on Conor (James McAvoy) under the title Him and the other following Jessica Chastain’s journey as the title character Eleanor Rigby in the film Her. 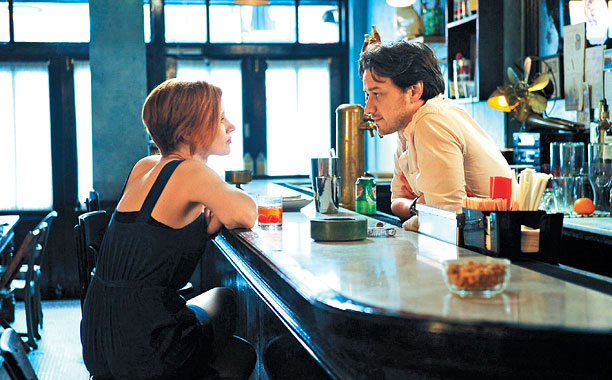 Following the success of both films at last year’s Toronto International Film Festival, director Ned Benson opted to open out the appeal to a wider audience and created a third film entitled Them which serves as a composite of both perspectives and helps to carry over the narrative that was put on screen so beautifully by McAvoy and Chastain’s characterisation.

Interspersed with some happier scenes, the film plot charts Eleanor Rigby’s desire to withdraw from her relationship with Connor, following the death of their child and Connor’s struggle to cope with this. It sounds like a really heavy going offering and at times there are some emotional scenes, but there’s enough of an upbeat undertone to it, that shows the highs and lows of a relationship. It makes the entire scenario so humanising and relatable on a level that, as James McAvoy pointed out in the Q&A after the screening, is a very basic human thing. It’s a story that you don’t need to have lost a child or experienced loss to empathise with, as it just has a raw sort of value to it that strikes home and resonates no matter your background or experiences to date. 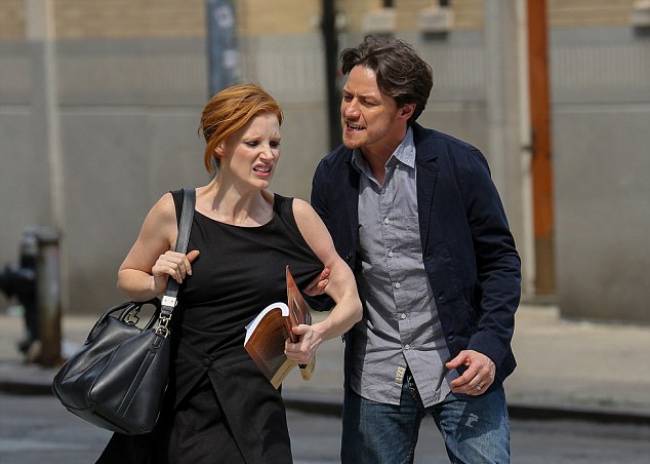 Despite the fine acting talent of McAvoy and Chastain, the film is also supported by a fine and formidable cast feature Ciaran Hinds, Bill Hader and Viola Davis to name but a few. They paint an entire picture of how grief impacts upon a family, showing the ripples in the water that are far reaching but often ignored in a way that I found to be both sensitive and refreshing. It’s an easy subject matter to do a disservice to, but both the writing and execution really do give it the sensitivity and respect such a heartbreaking issue deserves.

Although it does indeed serve as an enjoyable and easy to follow film, it does at times seem slightly disjointed and lacking the greater depth that would be achieved by watching both films in their entirety. For purists, that would be my recommendation by far, but for the average cinema goer, being able to watch a succinct 123 minute film is a little easier to digest and doesn’t disappoint in it’s delivery of a poignant but entertaining story that stays with you long after you’ve walked away from the cinema.