War…war never changes. The combatants are just given a bigger battery, more effective weaponry, and a new paint job.

Today, it has been reported that Mentorn Scotland, part of the Tinopolis Group, has been commissioned by BBC Two to produce a new series of the classic man and machine battle series Robot Wars. The iconic series will return for six 60 minute episodes, featuring “new robots, more battles and more science than ever before”. A presenter has not yet been announced, nor has a release date but it expected to land later this year. 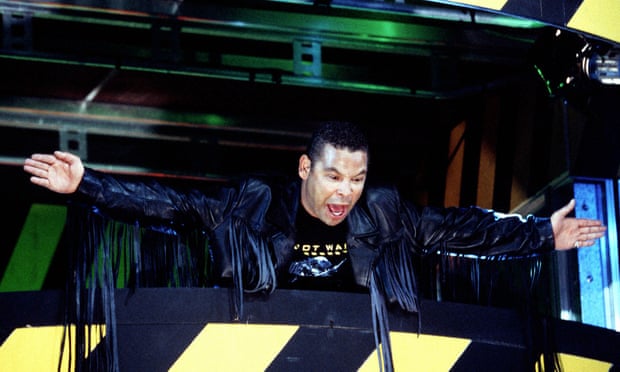 For those of you unaware, the premise of Robot Wars was very simple – a team would build a robot from scratch and enter it into the series. In a variety of competitions, ranging from friendly spars to tournament knock outs, these robots would battle it out in a custom built arena. The original series ran from 1998 to 2004, spanning BBC 2 and Channel 5. The fan love for this series kept the spirit alive in ‘Live’ shows and reruns.

Robot Wars holds a special place in my heart because I grew up watching this show. The show was all a kid could want, if that kid was into different robots fighting flipper and claw to come out on top. In recent times, we have seen the mainstream media leaning back on practical effects to provide an experience people want – from the exploding cars of Mad Max, to the simple yet adorable BB-8 from the new Star Wars. Heck, we’re having GIANT MECHS fight each other for out amusement later this year!

Personally, I’d like to see them compete in a Gauntlet-style even held in the UK, testing speed, endurance and accuracy among other areas before a final bout, but then again I am also wishing for Deadliest Warrior to be rebooted…so, that’s unlikely to happen.

“Bringing back Robot Wars to our screens is hugely exciting. Its return will see new and improved robots, with extraordinary innovation and power in these updated machines – it promises to be quite the competition.”

It’s been over a decade, but I can still remember the names of the House Robots who ruled the arena floor. I remember the innovation and dedication that went into each and every robot. I remember cheering on my favourite Hypno-Disc, well enough to be a force to be reckoned with but never quite coming first in any tournament. I’m really glad that this is a series which is making a comeback, and that hopefully it will gather enough attention to warrant the series lasting for a few more years…and with that said, I feel it’s only right to cap off this article with a little rhyme worthy of Craig Charles himself.

With an emphasis on science, it’ll be sure to blow down doors, ‘cos it’s making a comeback, that show Robot Wars!

I read. I write. I play.
More Goodness
BB-8BBCcraig charles