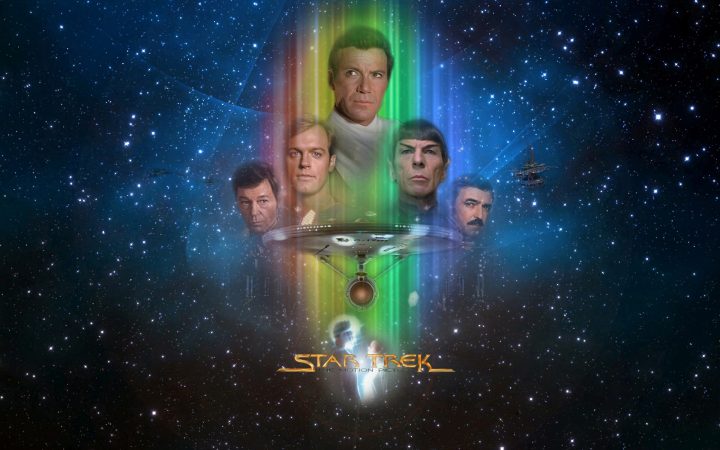 Star Trek is 50 years old this month! To celebrate Geek Pride is bringing you a series of articles in recognition of one of the greatest science fiction franchises in history as well as exclusive coverage of Destination Star Trek, the largest Trek Convention in Europe this October. Today we took a look at a pivotal moment in Trek history; it’s first film outing, The Motion Picture, and my love/hate relationship with it.

I always think the sign of a true fan is one who loves every aspect of their chosen fandom no matter what. We Trekkies(ers) are lucky in the respect that we have such a huge oeuvre of material to watch and study and let’s be honest with ourselves, not all of it is perfect. For a franchise that spans over 50 years the writers are not going to get it right all the time. “Spock’s Brain” is a perfect example. That episode of Voyager where Paris and Janeway evolve into frog things. That one episode of The Next Generation I refuse to watch (the flashback/clip show one). The Enterprise finale. Star Trek V.  Yet that’s the thing I find as a hard-core fan, is that no matter how bad a film or episode is you’ll find yourself revisiting it again trying to see the minute fragments good in it. Beauty in the eye of the beholder as it were.

One film that I find myself returning to again and again for those very reasons is Star Trek The Motion Picture. I recall the first time seeing it. Taped off BBC 2 on a Sunday afternoon I sat down as an 11 year old that had been following the exploits of Picard and crew to see how the old boys rocked it on the big screen.  It sounds like TNG (even has the same theme) but it’s vastly different. The pacing was snail like and for a young lad on skittles and coke it just didn’t cut it for me. Talk of space clouds, wormhole imbalances and (shudder) orifices just wasn’t the same as battling Cardassian’s and Borg cubes. But never one to completely dismiss TMP I returned to it again not so long after. Besides I wrote off Blade Runner the first time I saw it but the next week I found myself magnetically reaching for it again in the video store because it was just one of those movies that stayed with me. And that’s why I keep going back to TMP. There’s something about it that makes me keep going back.

We could pick apart TMP for it’s stiff acting and slow pace(many call it “The Motionless Picture”)but  let’s look at why this is strong points. In a sense we can ask in a Monty Python style, what did TMP ever do for us?

Firstly it has a remarkably high standard of production design. For a film that’s over 35 years old TMP holds up really, really well! And it should. In 1979 it was the most expensive movie ever produced. It’s the result of Paramount big wigs saying “Hey, we’ve got something with “Star” in the title, let’s use that.” The redesign of the Enterprise is, in my opinion, more timeless that the Original Series Constitution class; it’s exudes realism that the TV series couldn’t. And that’s what that long establishing shot of Kirk and Scotty flying past the Enterprise in space dock does; it really impresses on your mind that this thing is real, every rivet and airlock and porthole is there and fully space capable. I’ve heard many deride that sequence as far too drawn out but for me I could watch it all day. Total Starship pornography!

TMP gave us the modern day Klingon with its throaty linguistics and bumpy foreheads. The VFX, headed up the legendary Doug Trumbull are still marvellous to behold.  The sets are also equally impressive. We’re given a tour of a ship that again is much more than just a cleverly shot sequence of corridors and turbolifts. We see where the captains lounge is, what it looks like when looking out of the back of it at the warp nacelles, the cavernous shuttle bay/cargo areas, the ship recreation deck and the now ubiquitous engineering set with its vertical warp core, so iconic that eagle eyed fans know it’s been redressed for The Next Generation and Voyager.

The blue and beige uniforms are not classics, not in the same league as the original series or The Wrath of Khan crimson turtle neck combos. They are very contemporaneous of the late disco era; flared trousers, McCoy’s wide collars (all he was missing was a gold medallion), Uhura’s afro. None of them would have looked out of place in Studio 54. However I kind of like them. They establish the arrowhead pendant (that was solely for the use of the enterprise crew) for all of Starfleet. They remind me of the uniforms from a slightly earlier sci-fi favourite Space 1999 which had similarly stunning miniature effects and styling. 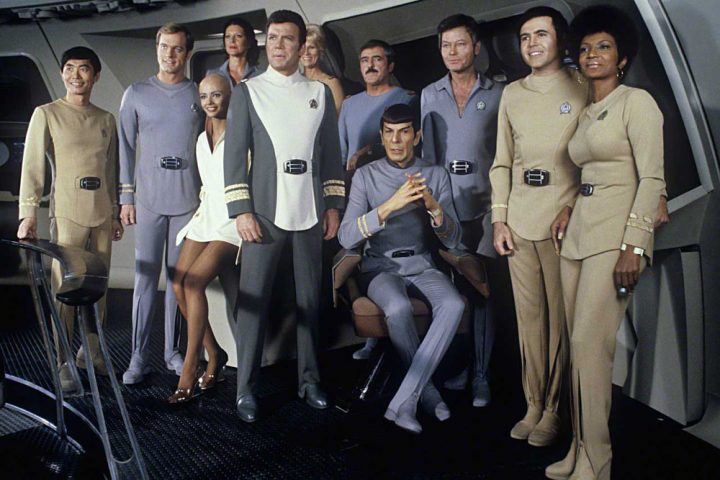 What’s more interesting the more I read about TMP is that it had so many elements of what could have been the 2nd (or 3rd if you count the Animated Series which I firmly do and so should you but we’ll leave that for another article!!!) TV series of Star Trek. Phase II is often spoken of in a sort of hushed reverence. Many fans to this day often wonder would it would have been like. The continuation of Star Trek in the 1970’s, albeit without Leonard Nimoy who was going through the first stages of his vehement “I’m not Spock” phase.  Phase II of course was rushed into Star Trek TMP once Star Wars took the world by storm so much so that the teaser poster for TMP is a concept drawing ripped from the artists book straight to print. From scarce yet tantalising test footage available online we get a glimpse of what Trek could have been like. Ilea was to have joined the crew on a full time basis as well as another full Vulcan science officer named Xon (the actor who would have a small consolatory role on in TMP as a doomed communications officer).  The set, look and feel of TMP are foretastes of what Trek could have looked and felt like on the small screen. We can even see elements of Ilea and Decker’s relationship being recycled in Riker and Troi in The Next Generation. 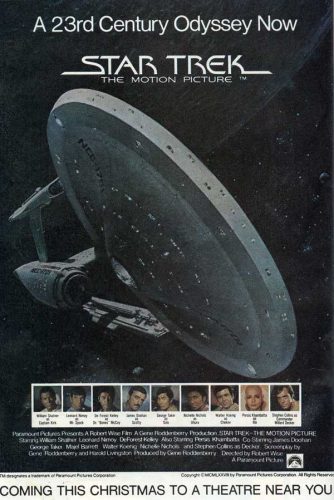 Another major flaw of the film is the lack of a flesh and bone villain. Instead we have a faceless space cloud that’s trying to obtain all knowledge. This doesn’t mean that concept couldn’t work. The idea of a weird space probe is revisited three films later in The Voyage Home and is much more effective second time around where the crew are presented with a problem (lack of whales) and they have use their smarts to save the day. Classic Trek all the way. Yet the idea of this all-consuming machine have had many fan theorists retconning the notion that the V’Ger probe could be a possible origin story for the Borg!

TMP is a film I feel sorry for in many ways. For many kids (and kids at heart) who were waiting for Trek to return in the post Star Wars world of the late 70’s, felt that this was Trek’s big moment,  and you can feel energy that in the opening bars of Jerry Goldsmiths timeless theme. It held so much promise yet felt flat and at times overwhelming.  It is a quality film, one that does much to evoke the spirit of 2001: A Space Odyssey. Gene Roddenberry knew his followers were an inquisitive and intelligent lot (and aren’t we just!). TMP is not the swashbuckling adventure Star Wars is, it was trying to be more than that. The Trek brand at the time wasn’t going to lower itself to a mere popcorn film, which many purists feel that the JJ Abrams films have become; just action films. I would recommend readers to give the Robert Wise directors cut a look in. Whilst it still lack the cinematic kick in the rear end the final edit is cleaner and better presented.

We Trekkies owe a lot to The Motion Picture. It’s a film, whilst not perfect, one that made Wrath of Kahn possible. It showed that Trek had potential. It’s the jump off point that Trek would use to expand the universe of the Federation further into the 23rd Century and beyond!

Mark lives in Belfast where he runs a ukulele club, plays board games and watches old TV shows. His interests include Cold War architecture, trawling for vintage toys on eBay and reading Starship schematics on Memory Alpha. He was a finalist on the UK version of King of the Nerds.
More Goodness
Deep Space NineEnterpriseFinal Frontier