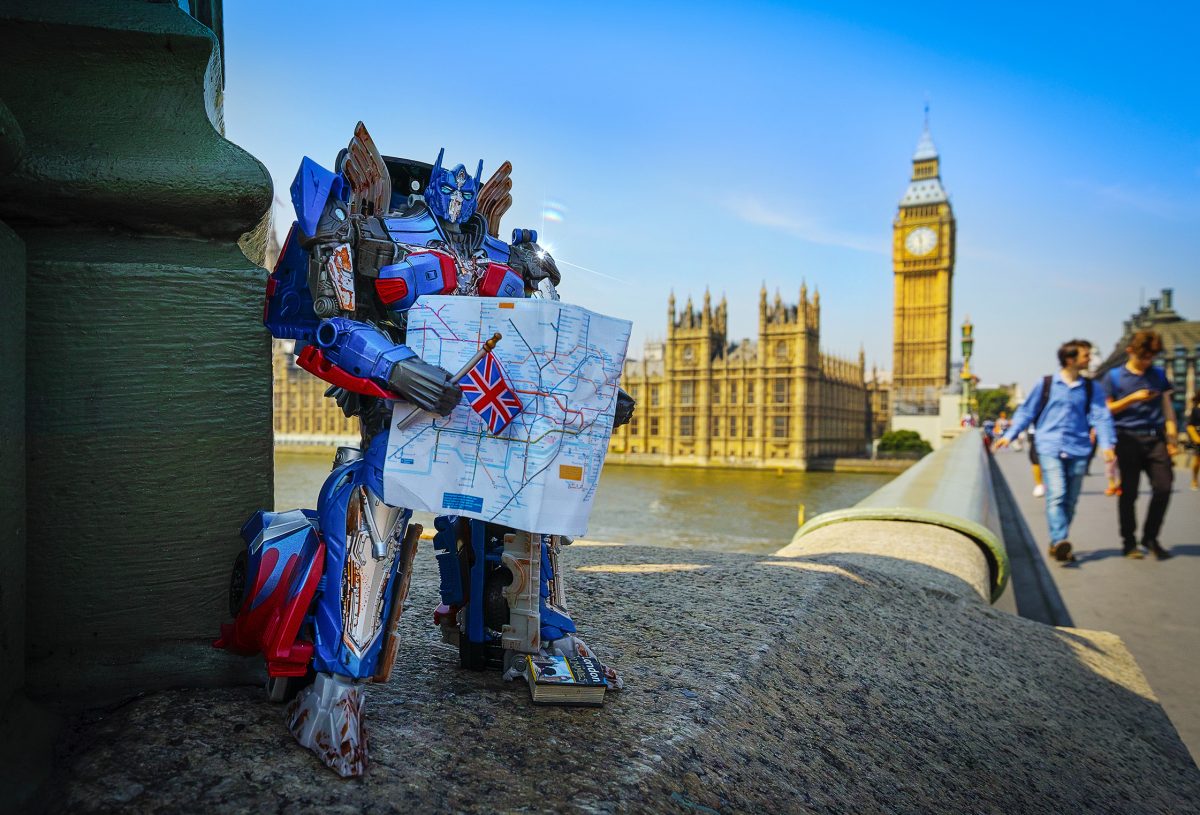 The Transformers snacked on fish and chips along the Thames, boarded the busy tubes before cooling off from the midday sun in Trafalgar Square’s fountain. The merry gang, albeit a moody Grimlock, were even seen busking with guitars and pianos, cheekily serenading passers-by with an Oasis number before admitting tone deaf defeat and squabbling over vanilla ice cream.