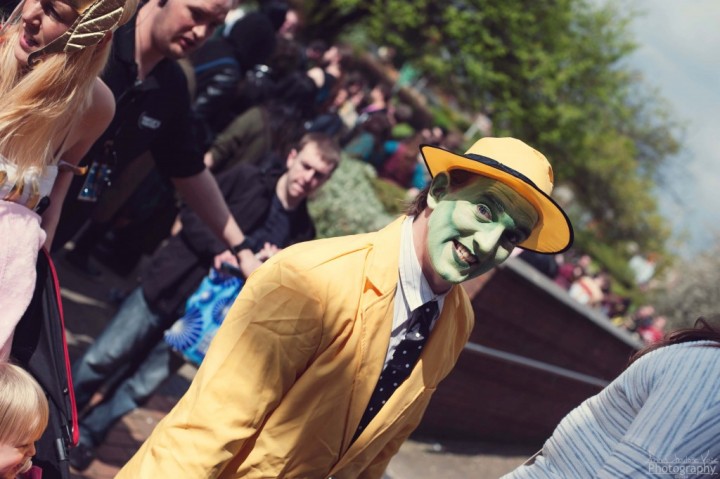 Wales is swiftly becoming a cultural centre for geeks: As Wales Comic Con stands alongside the Sci-Fi Weekender and others in the annals of conventions that sci-fi fans need to attend.

Unlike other conventions, which have become overly-commercialised, Wales Comic Con manages to blend its diverse selection of traders whilst retaining the strong sense of community that typified earlier events. The atmosphere is what makes this event stand out from other single-day conventions, as it feels less exploitive and more of a celebration of shared interests.

A variety of actors, voice-over artists, writers, illustrators and professional cosplayers will also be appearing at the Wales Comic Con. A (small) selection of choice members from this number include:
Sylvester McCoy (The Seventh Doctor and Radagast the Brown in The Hobbit)
Graham McTavish (Dwalin in The Hobbit)
Guy Siner (Lt. Gruber from Allo Allo)
Neil Rutland (Rex Buckland in Charmed)
Peter Mckeirnon (author)
Andrew Wildman (artist for Transformers and Thundercats)
Lee Bradley (artist for Star Wars and Spiderman)
Larry Kennery (voice of Lion-O from Thundercats)
Doug Cockle (voice of Geralt from The Witcher)
Laura Sindall (professional cosplayer)

This diverse selection of special guests and events makes Wales Comic Con a convention that fans not just want to go to, but need to.

Wales Comic Con will be held on Sunday 29th November and tickets can be bought in advance here.