The scenery is pretty gread and I admit, even the music tickled my fancy.

It has yet to find its pace and struggles to create a compelling story to draw audiences in.

If you are a fan of Supernatural, you will find a lot of actors from it to look at, while watching Walker. It is almost like a reunion that no one really asked.

I watched it, so you don’t have to.

A new CW series, and I use new lightly, since it is a reboot, has premiered yesterday to a relatively lukewarm reception. Not one to be deterred by what others think, I made the executive decision to see for myself what the fuss is all about.

I used to like the old Chuck Norris show, since it was a relatively light, camp affair with a moral of the week format. This new Walker is… not that.

Well, because all reboots have to be darker and much more dramatic. And how do you achieve drama quickly? You kill a spouse or more specifically, you fridge a wife. It seems Jared Padaleck is cursed to lose the woman he loves in all shows he’s in. Preferably before they get any kind of backstory or personality.

I can say that halfway through the episode we are still in the exposition stage and one thing I hate about exposition is when it is clunky. I mean, people can be awkward after a long period of no contact, but hardly anyone talks like the Walker family. They are like a walking narration. Heh, Walkers walking…

While I understand that the first episode sets the stage, cramming so much information in a single 42 minute streak seems counterintuitive. Maybe because I have higher expectations after watching actually good shows? I might be a little unfair, but Walker Justified is not.

I mean… there was an actual scene, that I saw with my own two eyes, in which a random guy taunted Walker about his dead wife, like it is something people actually do, in that particular way. And Walker beats him up, because that is what cops do, I guess? Excuse me, rangers. 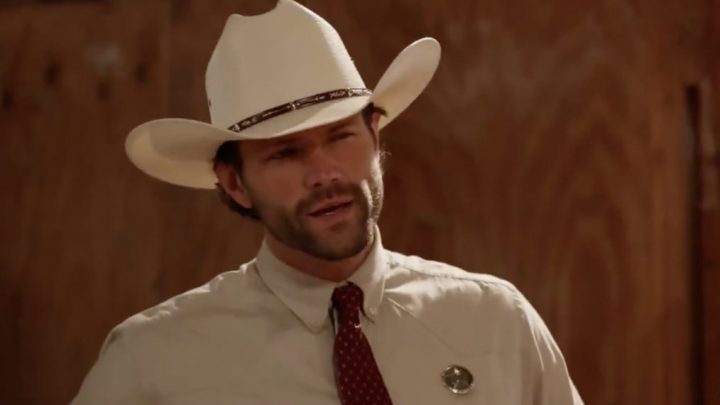 The whole scene felt like I was watching a PSA where everyone is overacting to get the point across. You know those videos that pop up on Facebook every two seconds? Yeah, those.

The show that goes on and on and on…

Forty minutes into the episode and I can definitely say that the show does not know what it wants to be yet. Drama? Crime show? A very bizzarely set-up dark comedy?

It might find it’s pace, however for now it might be the show you watch when you are actually doing something else. None of the characters are compelling enough or original enough to hold your attention for too long. Cordell’s sole raison d’etre is his quest for the murderer and for now that is the whole of his personality.

I kept thinking this is reminding me of something, but I only now got it. It is almost Lethal Weapon (the TV series reboot, of course), but with less intriguing acting. That show also had a dead wife, murdered in mysterious circumstances that obsessed the main character, to the detriment of his sanity and family relations.

Cordell Walker seems a little more adjusted, though to be honest hearing Jared Padalecki struggle with calling his on-screen father ‘Daddy’ was making me question said adjustment levels. That and the fact that Walker, a grown-ass man, is being mothered from all sides and not a single person suggested therapy, for him to work over his obsession with his wife’s death.  I am sure he will have a point, in the end, but still.

Will I watch it again?

Despite all of the above, chances are I will watch episode two, as well, if only because Lindsey Morgan is in the show. She is actually trying her best, while having to say the worst lines. I only fear she will be somehow turned into the keeper of Walker. Why? Because he is apparently a god amongst men, but has the emotional development of a toddler. 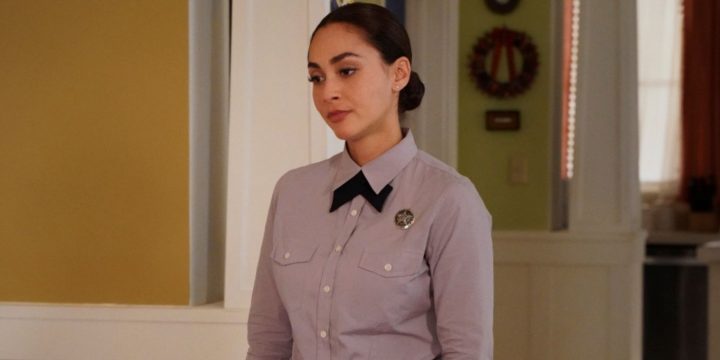 Here’s next week’s trailer, if somehow you are still interested:

What's there to say about me? I love the sci-fi and fantasy genre when I read, but I am in no way limited to that alone. I do think Frank Herbert deserves a statue for his writing(if there is one, point me in that direction, please). I enjoy writing quite a lot, but I am also kinda lazy. If you want to make me happy give me books or Doctor Who collectibles. Or a real TARDIS, in which case I will love you forever.
More Goodness
jared padaleckilindsey morganmitch pileggi