A thoroughly enjoyable fantasy adventure, with some faithfully created locations from World of Warcraft. The ending is telegraphed quite early, but still worth a watch. Whether you're a seasoned WoW player, or just like fantasy movies, you should enjoy this.

You lookin’ at me? 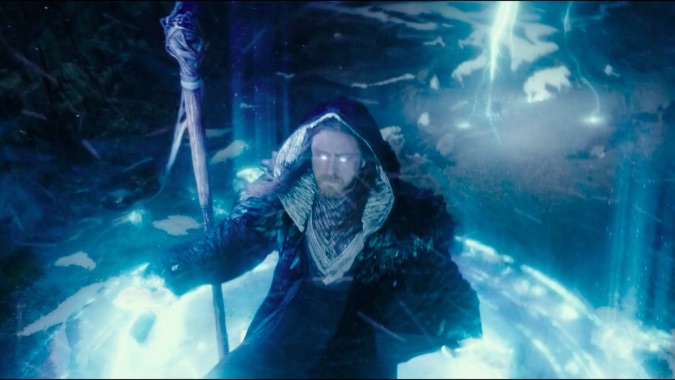 Medivh putting magic to good use, getting his Netflix to access UK shows.

Movie and videogame geek, basketball player, guitarist, waffle connoisseur & expert in being a slacking bastard. You'll find me gaming on PS4 as "SpasmicPuppy" most of the time... I'm addicted to Destiny.
More Goodness
Filmgamemovie