previous
Avengers Assemble! We're in the Endgame: Review
random
next
Leaving the Badlands - The legacy of Into the Badlands
Film and TV
2 likes

Well, the guests were good, but it would have been nice to see them.

If you want a vision of the convention, imagine a boot stamping in a puddle - forever...

What could have been a fantastic event was ruined by an apparent lack of planning and organisation. 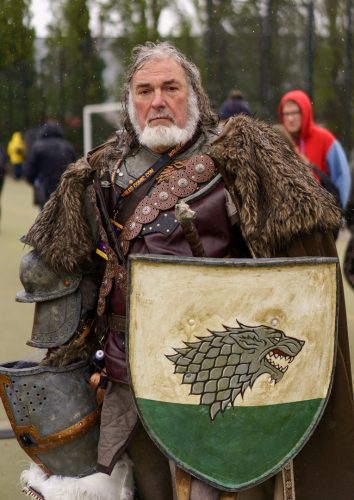 Last weekend promised to be an amazing weekend.  Indeed, Wales Comic Con, or WCC for short, has over the years accrued a proven track record for hosting excellent events.  This year’s special guest line-up was truly impressive; Ron Perlman and Rupert Grint were there, but it was Kiefer Sutherland I was most wanting to meet.

With word spreading of their success, WCC had become increasingly popular in recent years, and with the impressive array of guests being announced, they consequently accrued greater interest. However, this was where the problems started.  With this increased interest, the organisers had failed to anticipate whether their venue – Wrexham Glyndwr University – had adequate capacity for this year’s event.

When I arrived at the venue, I discovered that the university car park had been closed, by the police no less.  Not being local, I parked in the only car park I could find in the area.  However, parking was restricted to three hours, or 90-minutes on a match day… and guess what?  It was a match day: a football match was taking place right next door.

After stomping through the driving rain that was Storm Hannah, my photographer and I finally entered the main building, passing the sacrificial offerings of broken umbrellas by the front door, and dried off.  Thankfully, the two-hour drive to get there meant we had missed having to queue to actually enter the convention, but now the crowds were all huddled away out of the rain, tighter than overly-friendly tinned sardines.

WCC was spread across four different buildings on the campus, which meant having to brave the rain each time we wanted to explore a different area.  This was compounded by each building having queues to enter.  The worst queue was the one for the signing area, which pretty much stretched for 0.5km in the driving rain and did not seem to be moving in any great rush.

A series of events had been scheduled throughout the weekend, but I was unable to see them.  This was partly because of the lack of signage, but mostly because the claustrophobia-inducing crowds meant that it was nigh on impossible to navigate the venue.  Also, let us not forget the decision to have dedicated entrances and exits.  Some of these were on opposite sides of the building, so if you ever wanted to re-enter the main building, you would have squelch around the building (which was no easy task) in Storm Hannah. 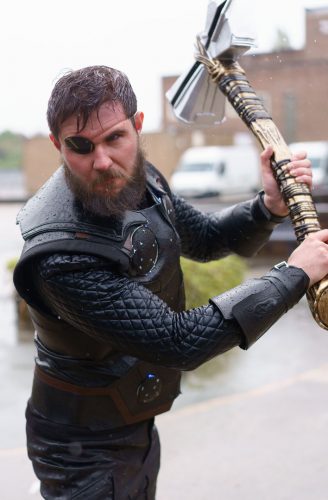 The trader area had the smallest queue, but that still entailed standing around getting soaked for at least five minutes, only to find that the tent was also leaking and that it was even more crowded inside.

Adding to this debacle, I was forced to return to my car every hour, in order to move it to a different space before the 90-minute time-limit expired, which involved a half-hour splash-and-dash through the rain to my car and back.

After the second time of having to do this I had enough.  To give you an idea of how saturated I was by this point, I was still finding damp patches over half an hour after leaving, when I stopped at a country pub to dry off by the open fire.

As much as I enjoy conventions, this year’s WCC has to be the worst one I have ever been to.  This is a colossal shame, as it had such potential to be a fantastic experience, especially given the amazing guest list.

Whilst it is indeed true that the organisers cannot stop the rain, they can at least have contingencies in place to prepare for it.  Also, it is not like April has a reputation for being a dry season – “April showers” are so named for a reason.  Furthermore, there had been several days warning of Storm Hannah’s approach.

Likewise, the overcrowding was another issue that could have been avoided.  Past events by WCC have been filled to bursting, and the increased profile of these A-list guests meant that there were clearly going to be more attendees.  It did not require advanced predictive analytics to foresee that an finding a bigger venue might actually have been a good idea.

I particularly felt sorry for the cosplayers, who were often soaked to the skin, literally.  One, dressed as Khal Drogo from Game of Thrones, commented how the cold did not bother him now that he had become numb.  At least the Aquaman cosplay looked more authentic.

WCC could have been an amazing convention, but the organiser’s lack of foresight and preparation meant that attendees left cold and wet.  WCC used to mean Wales Comic Con, but after last weekend, it now means Wet, Cold and Claustrophobic… 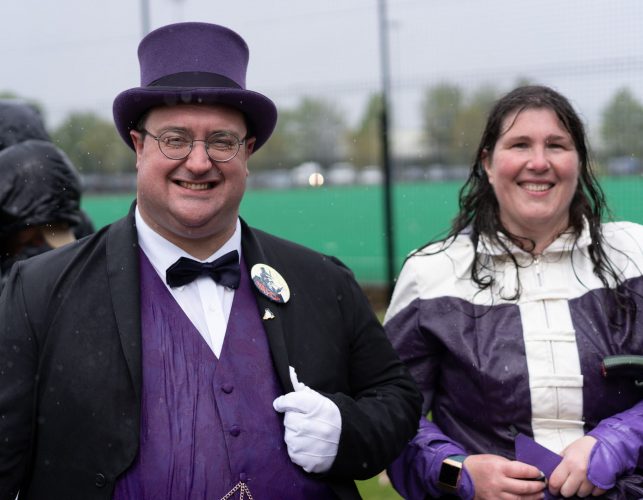 All photos are by Peter Gatehouse, and are used with permission.