Wes Craven: The most influential horror director of the late 20th Century – in memoriam. 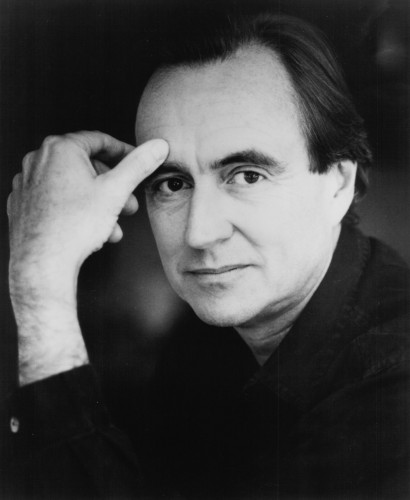 Monday brought the sad news that American horror auteur Wes Craven had died at the age of 76, after a battle with brain cancer. The man responsible for two of the longest lasting and financially successful franchises in the horror genre, A Nightmare on Elm Street and Scream, he was a visionary pioneer in the field of exploitation cinema in the late 20th Century.

After initially working as a college professor teaching humanities in the late 1960s, his love of the film industry reared its head when he began to work part-time as a sound editor in Manhattan – working primarily within the ‘hippy’ independent film scene springing up post-Woodstock. Craven quickly realised that it was in cinema, rather than academia, that he saw his future and he began to look for a way in which he could support himself financially while trying to raise the capital to make films of his own.

Craven found the most unlikely of places to begin his directing career – the burgeoning, and extremely lucrative hardcore pornography genre. Under various pseudonyms he directed a number of x-rated movies, including a rumoured role re-editing and shooting new scenes for the infamous hardcore smash Deep Throat. But this was just a means-to-an-end, as Craven along with friend and collaborator (and future Friday The 13th creator) Sean S. Cunningham had already written and planned their first full-length feature – and when released, the movie would be like a sledgehammer to the face of US indie cinema.

Released in 1972, Last House On The Left took the rape/revenge motif of the more mainstream thrillers Straw Dogs (1971) and A Clockwork Orange (1971) and installed his story with the grit and grime of rural America, while almost single-handedly creating the blueprint for the 70’s US exploitation-horror boom in the process. An extremely difficult-to-watch movie (even today), Craven purposely removed all trace of sensualism from the infamous sex scenes (the film was actually intended to be a standard hardcore porno movie at first, before Craven decided to move towards horror), so that the plight of the teenage victims could be all the more horrific, and the audience’s joy when the perpetrator’s get their comeuppance would be heightened. It certainly worked, and was a big box office success, going on to spawn such imitators (and genre classics!) as I Spit On Your Grave (1978) and Fight For Your Life (1978). Its influence can also be seen in modern horror successes such as Funny Games (1997) and Henry: Portrait of a Serial Killer (1986).

Craven’s next movie was equally as influential. Wanting to take Tobe Hooper’s Texas Chainsaw Massacre (1974) to the next extreme, The Hills Have Eyes (1977) was Craven’s statement on the ‘forgotten America’ – those left behind living in squalor and desperately trying to scrape a meagre existence as the rest of the US flourished in the post-Depression industrial boom. He imagined the film as an inevitable meeting of the two worlds, and the conflict that would ensue between the stereotypical 1970s nuclear family of the Carters and the incestuous cannibals of Papa Jupiter and his kin.

What follows is one of the original ‘home invasion’ horror movies, as the initially docile and submissive Carter family, driven to despair by the homicidal torture of their attackers, turn-the-tables and become even more effective predators than the Jupiters themselves. While not as big a success commercially than Last House, it was much better received critically, and has gone on to be a cult classic. While Craven later made a deeply inferior sequel (under pressure from the studio) which he himself later disowned, the original had a lasting effect on mainstream horror, still witnessed today with the likes of You’re Next! (2011) and Alexandre Aja’s incredibly good 2006 remake.

Despite two relatively successful, but clearly still exploitation, movies under his belt, Craven struggled to find financing to make movies for the next few years – instead concentrating on the odd TV movie (the stand-out being the amazingly faithful DC-comics adaption Swamp Thing (1982), which was found to be so much fun that Embassy Pictures decided to give it a limited and very unsuccessful theatrical release) and the largely forgettable transition piece Deadly Blessing (1981) – notable only for the shift from exploitation towards a supernatural horror tone, and that it was one of Sharon Stone’s early starring roles.

But Craven’s big break was just about to come. In 1984, Craven wrote and directed A Nightmare on Elm Street. While not a true pioneer of the slasher genre (Black Christmas was released in 1974, Halloween in 1978), it was by far the most original, incorporating some of the supernatural elements that Craven had used previously in Deadly Blessing and also tapping into an area of everyday horror that not many movies had explored, but that almost every single person would have had some level of experience of: nightmares. 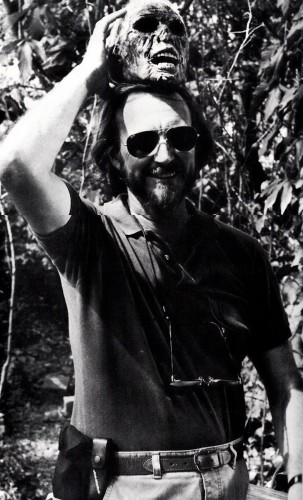 It was a highly personal film for Craven, taking inspiration from various aspects from his own childhood: the close-knit suburban community and its neighbourhood watch on the hunt for predators, the notion of being fearful of a bogeyman who would stalk children as they slept, and even the villain of the movie (sadistic child-murderer, Freddy Krueger) baring the same name as Craven’s own childhood bully.

Another infamous story which will be forever bound to the film is the Craven’s discovery of a number of articles in the 1970s concerning the phenomenon of Asian Death Syndrome. These articles detailed a score of cases in which refugees from America’s bombing of Cambodia, in most ways normal healthy men, were suffering disturbing nightmares that in most cases would result in death during sleep.

When released, ‘…Elm Street’ reinvented the teen horror genre – moving away from the silent masked hulking mass-murderers of Michael Myers and Jason Voorhees, and introducing a villain with a face, a voice and most importantly a personality. Freddy didn’t just want to kill you, he wanted to taunt you and make you suffer to your last breath. And even though he was some sort of supernatural demon who would plague you in your dreams, he was almost a more believable menace than a random body-building stuntman in a hockey mask.

The movie was met with rave reviews and a fantastic box-office return from a meagre budget, and went on to spawn an uber-successful franchise of sequels. While Craven became less and less involved in the production of these sequels (he had a writing credit on Elm Street 3: Dream Warriors), the character of Freddy Krueger somehow entered the public consciousness – and the once brutal villain (he was a child rapist and murderer, for god sake!) became more and more like a comedy-quip dealing anti-hero with every movie. The franchise went on to include a TV show, and NES video game, and a box-office smash crossover with Friday The 13th, and in-turn allowed New Line Cinema to transition itself into one of the most profitable independent movie studios in Hollywood (the Lord Of The Rings trilogy would later cement this). Craven later said that while he loved his original film, and the original concept for the lead character, in his opinion Krueger has become nothing but a cruel obnoxious parody by the last film of the franchise, the universally hated Freddy’s Dead: The Final Nightmare (1991).

After various other forays into the horror genre – such as the killer android girlfriend movie Deadly Friend (1986), the voodoo zombie epic The Serpent and the Rainbow (1988), the fun serial killer romp Shocker (1989), and the absolute madness of The People Under The Stairs (1991) (again a pseudo commentary of the hidden horrors and paranoia of American suburbia, but this time introducing the interesting concept of having a protagonist who was ethnic and from the ‘hood’, while the antagonists where a supposed ‘normal’ white family – a switch on what the black gang-violence obsessed media would be portraying at that time) – it would take a revisit to an old franchise that would bring Craven back into the public conscience.

When Freddy’s Dead bombed catastrophically at the box office, New Line desperately looked for a way of resurrecting not only the franchise, but also the recently killed-off character of Krueger. Craven was approached and given a blank slate to re-envisage the Elm Street universe as he saw fit. Wanting to return to a more cerebral movie with less of a comedic tone, Craven chose to remove his new film from previous franchise continuity – instead having an actual demon version of the Krueger character invade the ‘real world’ and torment those involved in the creation of the Elm Street movies.

While the concept of ‘metacinema’ was certainly not a new one (Mel Brooks famously featured this in the majority of his movies), Wes Craven’s New Nightmare (1994) was certainly one of the first modern horror movies to feature this type of storyline. While the film was not a success financially (it was actually the lowest grossing of the franchise), it’s critical reception was almost entirely positive – with critics praising its originality, it’s tone and it’s notion of a horror movie breaking the fourth wall. 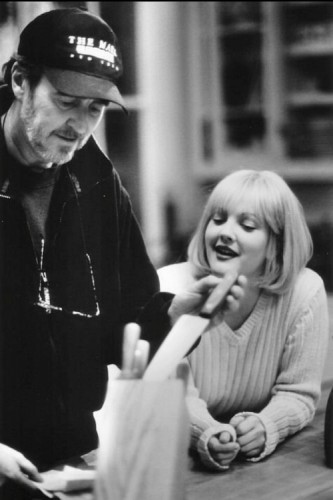 Searching for his next project, Craven stumbled across a script by the then-unknown Kevin Williamson (who later gained fame for creating the smash-hit teen drama TV series Dawson’s Creek) entitled ‘Scary Movie’. While he initially dismissed the script as yet another teen slasher movie, there was something about how witty and self-aware the dialogue was that kept his interest. And when he was finally offered the opportunity to direct the project, now retitled ‘Scream’, he knew that it would give him the perfect opportunity to riff on the very genre that he helped to popularise a decade earlier.

Scream (1986) was at its core a wonderfully fresh and playful movie – not only providing the standard jump-scares that horror fans had come to expect, but it included the types of inventive plot-twists that had become lost in the monotony of early 90s Hollywood (the unexpected killing off of Drew Barrymore in the opening scene, the reveal of Ghostface’s identity, etc…), and it wasn’t afraid to do it with an acknowledging nod and wink to the audience – essentially saying to the viewer “we know that you know as much as the characters do, or even more, about horror movies and what their usual tropes are”.

It was a massive success critically and commercially, almost single-handedly resurrecting horror as a bankable genre in Hollywood – spawning three successful Craven-directed sequels (a franchise that has grossed over $300m (£195m) in the US alone) and a host of imitators including I Know What You Did Last Summer (1997), Urban Legend (1998) and updated sequels to other long-running franchises such as Halloween, Friday The 13th and Childs Play – which tried to match Scream’s comedic tone in order to capitalise on its success. Its legacy can also be seen in the recent cult horror hit Cabin In The Woods (2012).

While his film projects during his later years failed to match the mainstream success of the Scream franchise, Craven kept himself busy helping to develop television programmes (including a recent TV re-imagining of Scream for MTV), writing for video games and graphic horror novels.

Craven was known as an extremely warm, personable and yet understated man. He regularly shunned the limelight and his celebrity status – a perfect indication of this was his passion for the decidedly un-Hollywood hobby of birdwatching. Reflecting on his own career, Craven once said that “I always tried to make movies where I can honestly say I haven’t seen that before – the key was always following my deepest intuitions and in some cases, literally my dreams.”

Horror, and modern cinema as a whole, has lost a true icon.

0 likes
GP blog, News, News / Features
A Nightmare on Elm StreetCinemadirectorFilmfilm and tvhorrorhorror moviesLast House On The LeftmoviesnewsRIPScreamShockerThe Hills Have EyesThe People Under The StairsThe Serpent And The RainbowWes Craven