Youtube has always had a problematic relationship with copyright and content-creators over its many years of being a video-sharing service. Given that it is a place where many are paid for the content they create, now might be a good time to start examining how to give these content creators more power over their channels. Take Doug Walker, also known to many on the internet as ‘The Nostalgia Critic’. Since his first video in 2007, Doug has up over 300 videos…but, due to Youtube copyright laws, you may be hard-pressed to find them all on his channel. In fact, back in January, his channel was refused monetisation due to a strike made against them by Studio Ghilbi. Strikes are nothing new to the channel, but this time something was different – Channel Awesome was no longer receiving money for their videos due to a single strike on their account, whereas usually their videos would have been limited to 15 minutes and only that. 23 days after contacting Youtube for assistance and receiving no response, this video was uploaded.

Less than a day after the video was uploaded and he publicly shared his video on Facebook, the issue was cleared.

Let that sink in for a moment.

23 days through official channels, and no response. A day after they make that fact public, the problem was fixed.

It has gotten to the point where content creators have been forced to go public with their issues in order for Youtube to respond and fix something which should not be an issue. This should not happen, period.

Two weeks later, following up on his words that “this is not the end” in the previous video Doug Walker uploaded an official Nostalgia Critic video to address the issue of fair use and to start the campaign Where is The Fair Use (#WTFU).

Fun Fact: a day after Doug Walker posted the #WTFU video, Fox sent them not one but two copyright claims for their Happening review. As Doug Walker stated on his Facebook, it just “goes to show how on top of current events their online media department is”.

Following his #WTFU video, many other content creators emerged to voice their own opinions and to condone his efforts to establish

Very important video right now. YouTube’s copyright system has been skewed against creators since its inception but the rampant abuse is spiraling out of control. Some of my favorite channels are being crushed while YouTube washes its hands clean of any responsibility. Without Fair Use, many of your favorite channels would simply disappear (including my own) so please spread the word. Support the creators and support fair use. – Markiplier 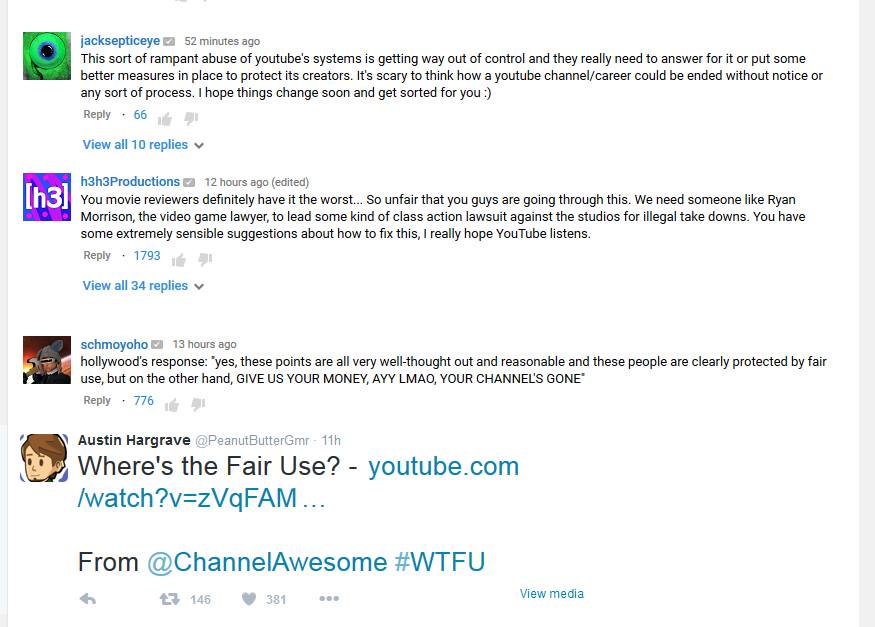 Comments and Support for Doug’s videos from other prominent Youtubers

As Doug states in his #WTFU video, content creators across Youtube are facing this problem continuously. I know multiple channels which have had their videos and channels be removed due to copyright claims. So, why is it a big deal now? Well, look at what happened – the power of the people moved Youtube to do more work in one day than Channel Awesome have been trying to get them to for three weeks. We were able to get people to notice simply by speaking about the issue. 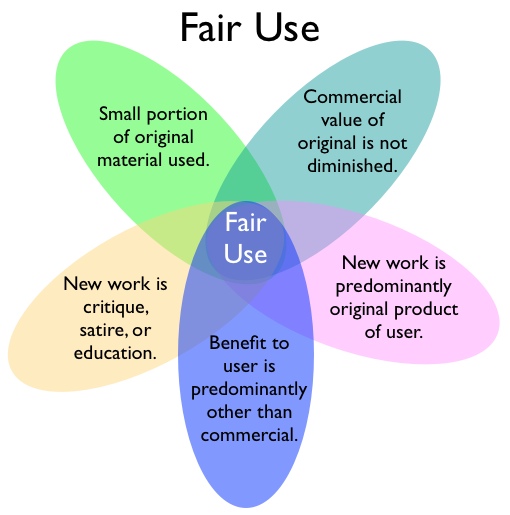 So, what now? Now, we don’t stop speaking about it. We talk and talk, and keep this discussion going.

I want change to happen, because I watch these videos and I get enjoyment from them. I want these content creators to finally get the rights they are entitled to – rights which aren’t being fought to be made, but are being fought to be upheld. The Fair Use Law does exists, and is meant to protect those who use copyrighted material for creative content such as commentary, criticism, parody, research, and teaching. So, why is it being so utterly and completely ignored?

I’m Daniel Delargy from Geek Pride, and where’s the fair use?

I read. I write. I play.
More Goodness
youtube