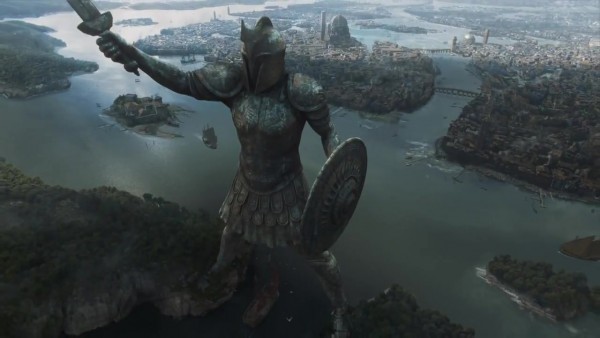 FROM THE WINDS OF WINTER CHAPTER RELEASED!

Can it be nearly 3 years since the last Song of Ice and Fire book, Dance of Dragons, came out?! 3 long years of waiting, hoping, praying to the old gods and the new. All the while the TV series catches up and we worry that maybe the series will overtake the books…. then what will happen!?

I’ll tell you what; GoT RAGE QUIT, THAT’S WHAT!

Its ok though, while skimming through the tinterwebs this very fine day, I stumbled across something of beauty… an entire chapter of the new Song of Ice and Fire book : From the Winds of Winter, and if that wasn’t good enough, reports from certain websites show that the release has been penciled for late 2015! YES!!!

We faithful readers may still stay ahead of the series; unless he takes another 4 years to release the final book…. **wimpers***

Anyway, suffice to say if you haven’t read the books then don’t go reading the new chapter because you will just ruin the series for yourself (and you don’t deserve to read it, joking.. no really, you don’t!)… for those true fans who know whats going on (seriously am I the only person who nearly threw his book out the window after what happened at the end of DoD?!) the Chapter (‘Mercy’)can be found on G.R.R Martins website HERE