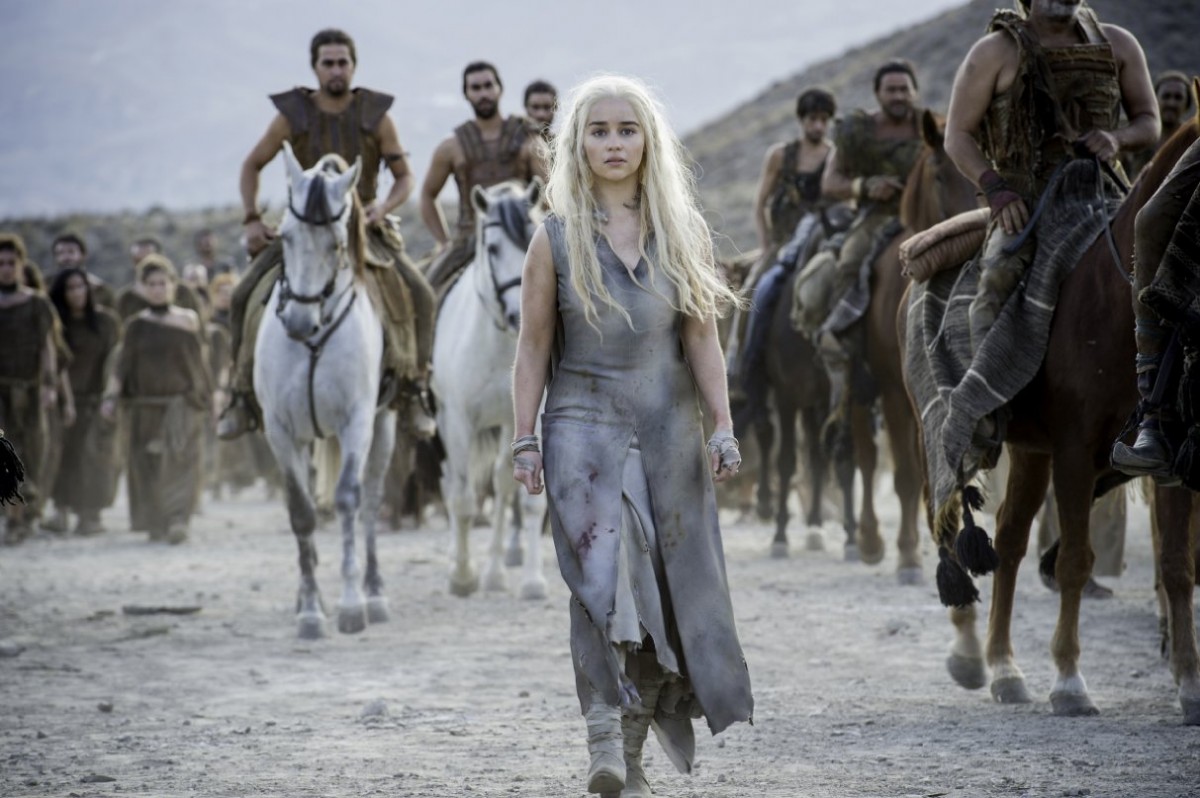 THIS ARTICLE CONTAINS MASSIVE SPOILERS. Once again, if you haven’t seen the latest episode, then bugger off. 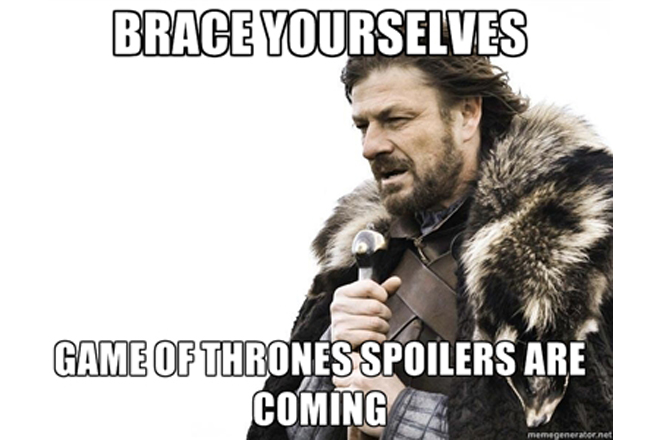 Episode three kicks off at Castle Black, after last week’s shock ending; the shock being in Jon being resurrected so soon, I mean, come on, we all knew he’d be back. Jon has been brought back to life and he doesn’t quite know why. Melisandre is desperate for an answer regarding what he saw, but is not rewarded with one. She makes a strong suggestion that Jon could in fact be the ‘Prince that was Promised’, Azor Ahai, after originally believing it to be Stannis, which is a huge hint towards the R + L = J theory.

According to the prophecy recounted by Melisandre, after a long summer, Azor Ahai will be reborn amidst smoke and salt wielding the flaming sword Lightbringer to defend the world from R’hllor’s nemesis, the Other. (Check out the full source here)

There’s no doubt that Jon isn’t quite the same after being stabbed in the heart by Olly. He’s always been a brooding bastard, but this time it’s a little different. This could be similar to what Beric Dondarrion experienced earlier in the show, remarking that every time he came back, a little piece of him died. Ser Davos says what we’re all thinking, it’s ‘completely fucking mad’. Jon is obviously losing any sense of faith here, remarking that he did what he thought was right, but was murdered for it, ‘now I’m back, why?’.

It’s not all full of misery at Castle Black though, as Edd and Tormund both rejoice at Jon’s return. We even get some comic relief from the two, particularly with Tormund commenting that he knows Jon isn’t a God, ‘I know that, I saw your pecker. What kind of god would have a pecker that small?’. Then they share a cuddle, n’awwh. We have a brief interlude with Sam and Gilly, mostly to remind us that they’re still alive. They’re on their way to meet Sam’s family, which I’m sure will be a delight after what we’ve heard about Pappa Tarly. 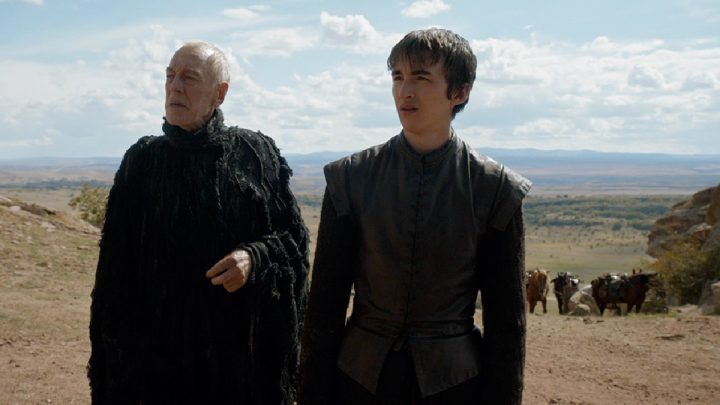 Finally, we get a glimpse of the Tower of Joy through Bran and his poking in the past. Ned and Howland Reed are looking for Lyanna, who appears to be hidden away in the tower. A youthful Ned questions why Rhaegar’s men aren’t protecting their Prince, to which he’s told that their Prince wanted them there. This is surely another massive R + L = J hint, with Rhaegar possibly sacrificing his own safety for that of his son. As Bran calls out to his Father, reluctant to leave the past, it is suggested that Ned heard him. Could this mean that Bran can interfere with the past? That or he’s just disrupted a perfectly good flashback scene before we got to the juicy part. We’ve got a while to go in the series yet, so I’m sure we’ll be kept waiting to see if the R + L = J theory pans out.

Dany arrives to meet her fate with the Dosh Khaleen and is fully stripped of her status, quite literally. If Dany manages to get on the side of the Dosh (that sounds ridiculous, but it’s what I’m calling them so deal), then perhaps she can use them to sort out the uproar in Slaver’s Bay. The Dosh (see, it’s catching on) decide which cities are attacked and the tribes that the Dothraki enslave, which could come in handy for Dany if she’s fortunate to be admitted, since she’s already guilty of going against tradition in not reporting to them straight away after Drogo’s untimely demise. 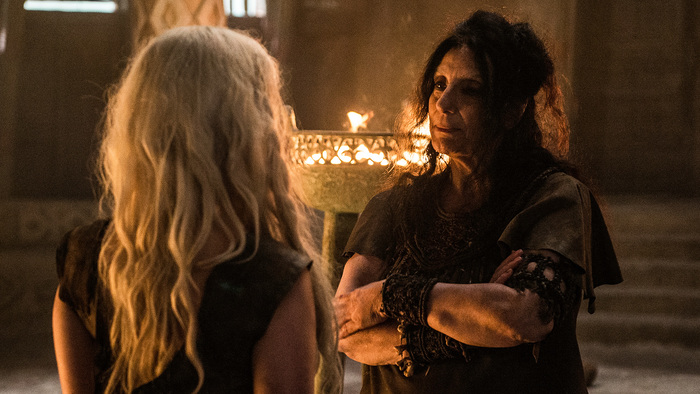 Varys is up to his usual snooping and discovers that the folk at Slaver’s Bay are banding together to fund the Sons of the Harpy. If Dany does win over the Dosh, this could perhaps be dealt with in a more violent manner. We then head over to Tyrion, Grey Worm and Missandei for a rather awkward conversation scene. This particular exchange seems a little redundant until Varys bustles over, but Tyrion and co. struggle to come to a decision regarding whether to fight the Masters.

We conveniently then head over to King’s Landing, where Varys’ little birds have a new leader. They’re now going go do Cersei’s bidding and essentially create a kill list for Ser Gregor, I imagine. There’s another variation from the books here, with the Zombie Mountain retaining his identity, rather than becoming ‘Robert Strong’. 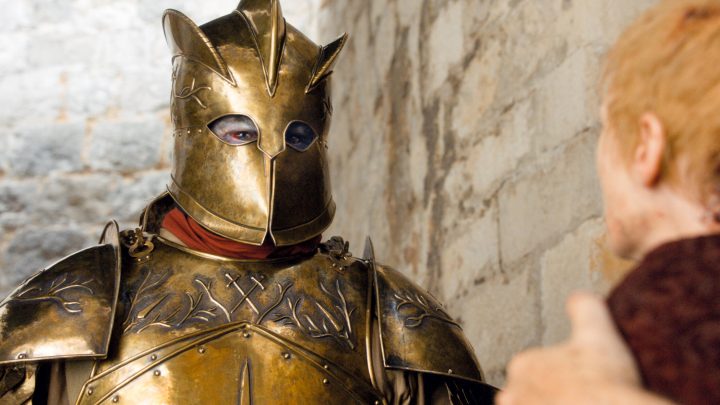 Tommen finally chats to the High Sparrow, but he’s much calmer than his predecesor. If that was Joffrey, he’d have had the Sparrow’s head marching through the streets on a stick. A glimpse of next week’s episode shows more action in this plotline, so perhaps poor Margaery will finally get her escape. Arya gets a training montage, all we need is some Rocky-esque music and tada, ‘a girl’ is rewarded with getting her sight back. I’m hoping this plot picks up soon, because I’m beginning to lose interest and Arya’s blindness was pretty short-lived in the end.

There’s more betrayal in the North, where House Umber, former bannermen to the Starks, decide to stab them in the back. Well, the littlest Stark at least, along with Osha and poor Shaggydog. I hate it when a direwolf dies and Ghost is fast becoming my favourite character in the show. I’m hoping that he goes on his own revenge spree at some juncture, avenging his fallen brethren, along with Summer and Nymeria if she ever makes her return. 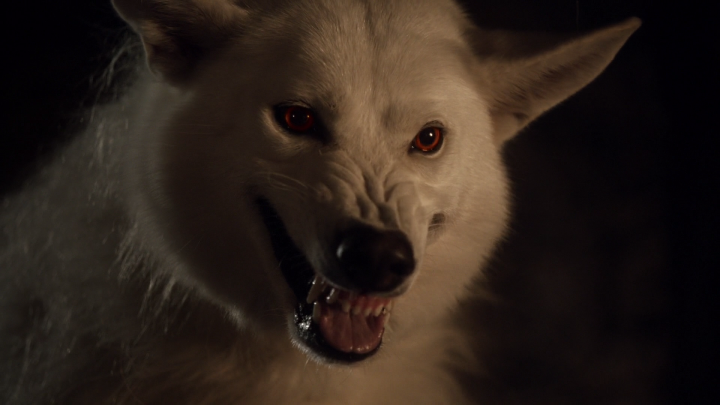 Ramsey will surely have his way with Osha, but I’m hoping that she’s clever enough to do something about it. When that little bastard finally gets his comeuppance, everyone’s going to have a bloody parade. I’ve been thinking about who would be best to do the deed and get rid of that terrifying little madman. Sansa hasn’t got the balls and whilst Theon may be lacking in that department, I think it would be the most fitting for him to finish off the Bolton Bastard. 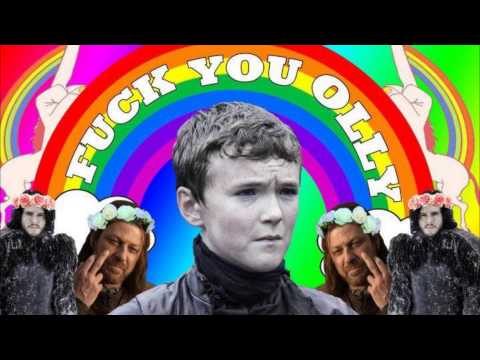 Finally, we’re back at Castle Black, for what was without a doubt the most powerful scene, along with being my favourite in the series so far. It’s time for Jon to punish the traitors who murdered him, including Alliser Throne and Olly, the little prick. Alliser goes down with dignity, commenting that he’d do it all again and that Jon will be ‘fighting their battles forever’. Could this be a reference to Jon’s mortality? Perhaps like Beric, he’ll keep coming back. I can’t see them killing off Jon Snow again for a good while yet mind. Olly gives Jon a look of pure hate and I thought for a moment that our resurrected Lord may go back on his decision. It’s a pretty grim scene as we see a close-up of Olly hanging there, but I couldn’t help but respond with a fist-pump. 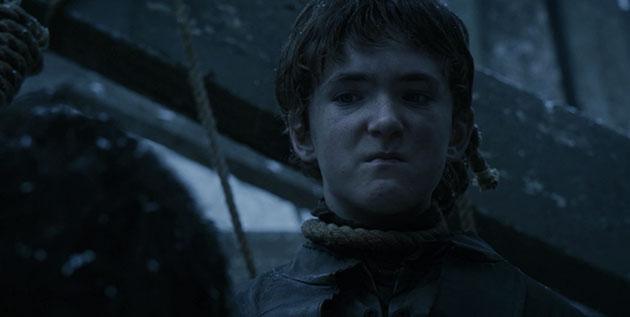 However, despite finally seeing Olly meet his demise, the episode ends with another gem. Jon’s mic drop with ‘my watch has ended’ made the episode for me and all it needed was a ‘bitches’ on the end of it. What’s next for Jon? Perhaps he’ll join the Wildlings or maybe he’ll go rogue, Crow without a cause. Regardless of where he’s headed, I’m excited to see Jon get away from the Night’s Watch after six seasons of spending most of his time at Castle Black.

Oathbreaker was all about casting away traditions, with Dany and the Dosh, the Umber’s betrayal and Jon ending his watch. Whilst it wasn’t the most exciting of episodes, I thought the final scene was up there with some of the best and I’m looking forward to seeing what’s next for Dany, Jon and the other characters that I’m sort of interested in. Ghost, it’s your time to shine! I’m starting a campaign, Ghost for the King of the Seven Kingdoms. He’d look mighty cute on the Iron Throne and let’s face it, no High Sparrow’s gonna take him down.

For now, check out a preview of next week’s episode, the mysteriously titled ‘Book of the Stranger’.