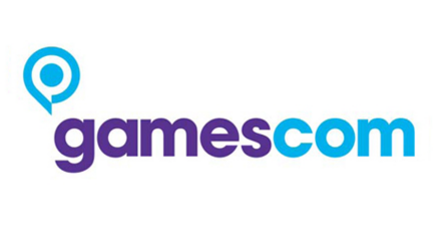 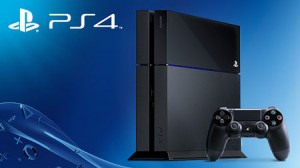 Sony have today confirmed that the PlayStation 4 will be released on 15th November in North America and 29th November in the UK and Europe at the price of $399, €399 or £349. In an obvious jab at Microsoft, PlayStation division CEO Andrew House stated that “others have changed their shifted focus and story” but Sony had remained resolute regarding the PS4 since the console was first announced in February of this year. PS4 architect Mark Cerny added that the future of PlayStation will “represent a renaissance in gaming” and indie and AAA developers alike will find the PS4 to be the most simple and cheap home console development platform to date.

Sony started this year’s Gamescom presser with the arguably shaky claim that “Sony have always understood the importance of Europe and the European gamer” before going on to show a demo of Gran Turismo 6, which releases exclusively on the PS3 this winter and is looking extremely pretty despite its aging host platform.  Sony also confirmed the all-new Little Big Planet Hub for PS3 and Borderlands 2, Murasaki Baby and Big Fest for Vita, a free-to-play music festival management sim which has the potential to consume my life to dangerous levels.

As if working on the highly anticipated and shit-your-pants scary Amnesia: A Machine for Pigs was not enough, Sony confirmed today that UK indie studio The Chinese Room are working on Everybody’s Gone to the Rapture. Set in England after a nuclear apocalypse has ended the world, Everybody’s Gone to the Rapture promises to be more of a follow-up to Dear Esther than an Amnesia-inspired survival horror and will be a timed console exclusive on the PS4. The Amiga classic Shadow of the Beast will also be receiving an exclusive overhaul for the PS4, although whether or not the premise will have lasted the test of time remains to be seen.

Sony have also announced that all PS4 owners will be entitled to a free 14-day PlayStation Plus trial, during which the free game library will be available; including launch titles Drive Club: PlayStation Plus Edition and indie game Resogun from the makers of PS3-hit Super Stardust Delta. Sony will be working with Virgin Media and Orange in the UK to provide PS4-optimized internet services and almost all PS4 launch titles including Watch Dogs, Assassin’s Creed IV: Black Flag and Killzone: Shadowfall will be remote playable on the Vita over WiFi. If augmented reality is your thing, every PS4 system will be provided with the Sony Playroom app installed, although chances are that this will require the separate PlayStation Eye camera peripheral.

Finally, almost all of the 2013 autumn/winter line-up from EA, Ubisoft, Activision, Sony Computer Entertainment and Warner Bros for the PS3 will support a new feature which will allow the PS4 version of the same game to be purchased later at a reduced cost. This is likely going to ease the wallets of those who want to play this year’s biggest releases but aren’t able to buy a PS4 at launch. No details of how this will work were given, but it is likely going to involve discount vouchers for downloadable full games from the PlayStation Store.

Current reports suggest that the PS4 is outselling the Xbox One in North America and Europe, and Game, ShopTo and Amazon UK have apparently sold out of their day one allocations of consoles. Most major online retailers in the UK who were accepting pre-orders are now advising that any orders made after 6th August are unlikely to be fulfilled on launch day and, if previous console launches are anything to go by, this could mean a wait until early next year. The PS4 is also the top wishlist item on Amazon international although Microsoft’s recent announcement that European Xbox One consoles will be provided with a free copy of Fifa 14 may change things considering the popularity of the franchise.  Whilst Microsoft have confirmed that the UK and most of Western Europe will still see an Xbox One launch in 2013, the exact release date is still as yet to be confirmed.

Based in the German city of Cologne, Gamescom is Europe’s answer to E3 and has come a long way since it’s humble beginnings as a local technology show in Leipzig back in 2002. After years of acting as a mere bridge between the American E3 and Japanese TGS, the show now seems to be growing in popularity and size each year and is well en-route to becoming the world’s 2nd games industry trade show.