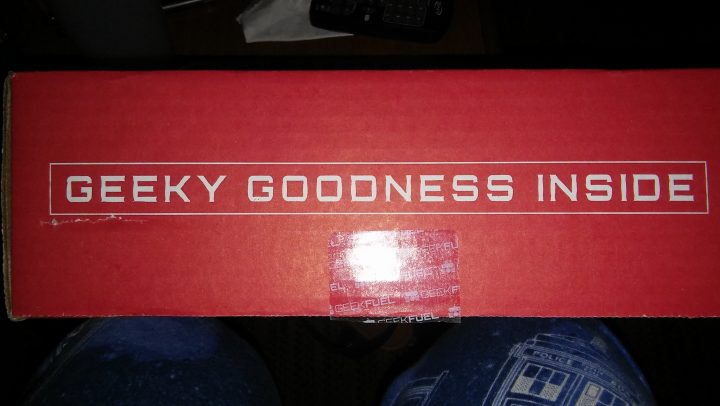 This month, we got our second box from Geek Fuel. After last month’s box was pretty decent on a whole, we decided to give Geek Fuel (and Nerd Block) at least one more month before we decided whether or not we’d keep the subscriptions. Was this month as good as last month? Let’s take a look.

First up, cashing in on the Pokémon GO craze is this travel pouch. 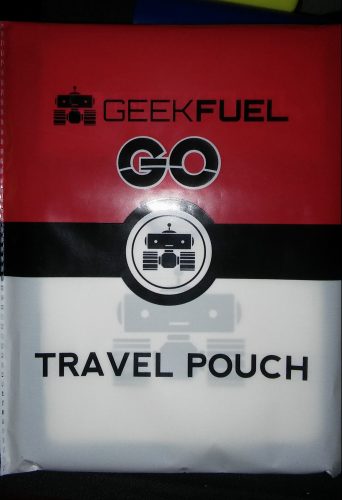 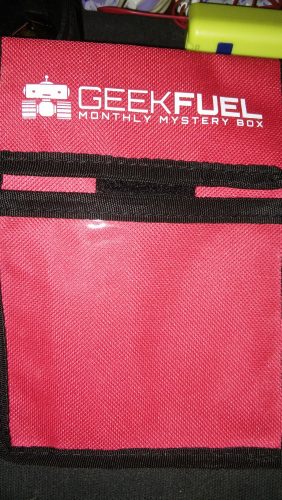 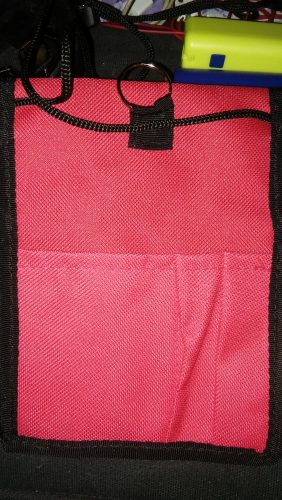 I don’t know if I’ll get much use out of it, but at least it’s functional. If you’re going on a quick errand or just don’t want to take a bag or wallet with you, it’s a good way to carry the bare essentials for your trip while you get to show off your geeky side. It also comes with several inserts to customize it a bit. You get one of the company logo as well as one for each of the three teams in the aforementioned game. 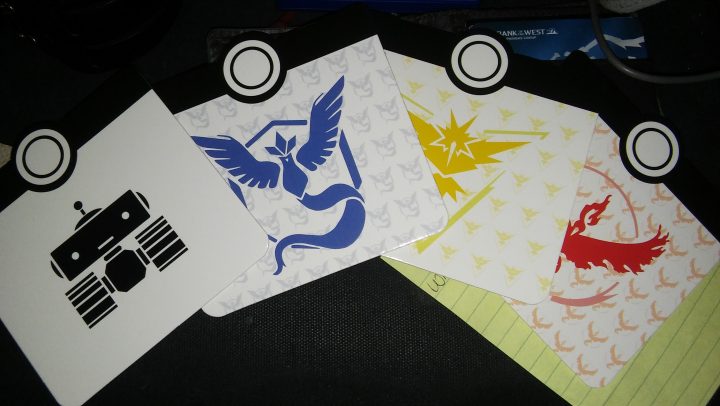 Up next is the monthly button/pin, and this month, we get a lapel pin featuring the company logo. 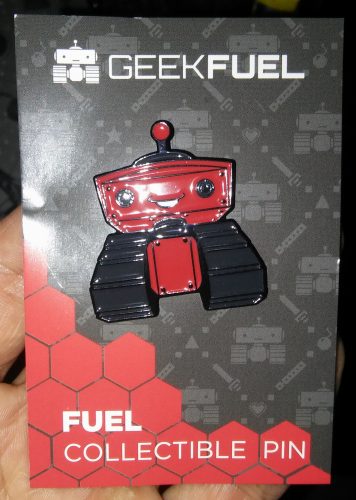 It looks nice enough, but it just seems odd. Geek Fuel has been around for a bit now, and you’d think if they were going to do one like this, it would have been in the very first box they ever put out. Still, I like it, and it will go well with all of the other buttons and pins we’ve collected from these boxes and conventions. 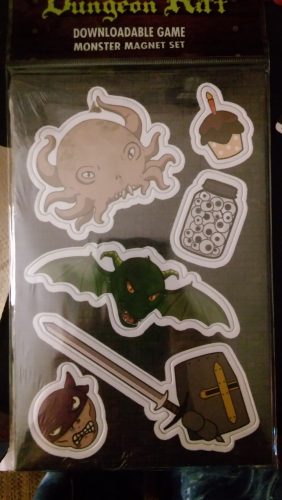 While I can always use more refrigerator magnets, I’ll have to take a pass on this set. Again, I appreciate a free downloadable game, but based on the description (it sounds like a dungeon crawler with perma-death, two big nos for me), I’m going to pass. This one is going up on eBay. 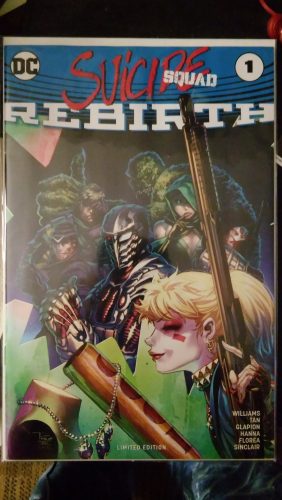 This is an exclusive variant cover of Suicide Squad: Rebirth #1, only available to Geek Fuel subscribers. In case the “Limited Edition” on the bottom of the cover didn’t convince you enough, enclosed in the back of the sleeve is a certificate of authenticity. 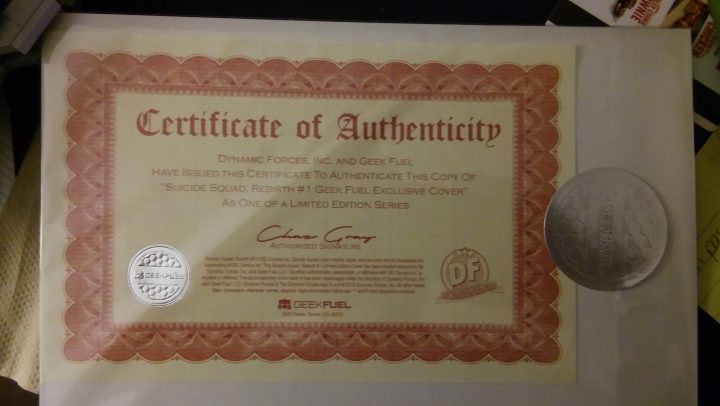 Normally, I’d still open the packaging on this so I could read the book, as I usually do with these comics, but given the seal used here, I think I’ll keep it closed up. I can always buy a regular version of the issue at my local shop if I feel the need to read it. Plus, that should help the collector value. These subscription variants are always worth a pretty good amount right out of the box, and keeping this one sealed up should only raise the value (not that I plan on selling it, of course).

Blind-box figures are always fun, and we get one this month. This time, it’s Looney Tunes, of all things. 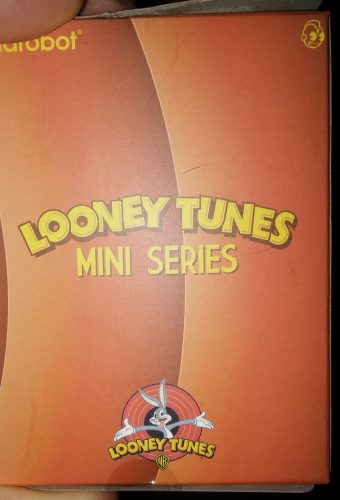 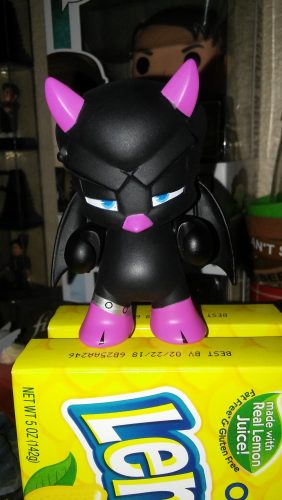 After opening this box, I was very confused by what character this was. I’m a lifelong Looney Tunes fan and I have never seen this before. Perhaps it’s from a newer version of the show? I don’t watch those, so it was possible. I did a quick search on the site for Kidrobot (the manufacturer), and it turns out this is a variant of Tweety Bird. Upon closer inspection, I can kind of see it, but still an odd figure. Looking at the box, the rest of the available figures are all kind of odd-looking (Taz has braces and a bottle of motion sickness medicine, for example), yet they are listed as standard characters on the site. Huh. Oh, well. Into the collection it goes!

And finally, we have the monthly exclusive shirt. Based on this logo, I wonder what franchise it could be? 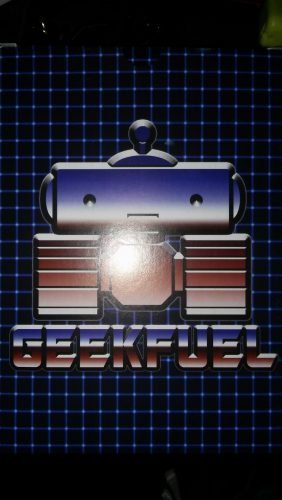 Obviously, it’s Transformers. Can’t go wrong with that, though. 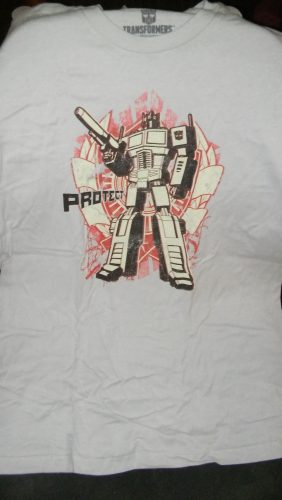 As you would probably guess, it features Optimus Prime. That’s fine, if not very original. I realize he’s the face of the franchise, but something other than Prime or Megatron would have been cool. Maybe Soundwave or Wheeljack, for example. Anyway, with that minor complaint aside, the design itself is…well, it’s pretty generic. Doesn’t feel like much thought went into it at all. I got a Prime shirt from Loot Crate a year or so ago, and it was the character done in the vein of the movie Tron, resulting in a really nice, unique design. While the art on here is fine, it’s just him standing there saying “Protect”. Sorry, but that’s really boring. At least it wasn’t a black shirt, though.

Overall, my second experience with Geek Fuel was a bit of a downer. The comic was the most exciting item in the box for me, and I’m not even a Suicide Squad fan. Last month seemed to have a lot more goodies that appealed to the interests of me and mine. This month, the selection felt like it was thrown together in a bit of a rush. After two months, I’m not completely sold on this subscription yet, and not sure that I want to keep it. We’ll see what Nerd Block looks like in the next few days and see which one is worth keeping after that. As it stands right now, though, Geek Fuel is headed for the chopping block.

I am straight edge and a freelance writer currently working for several sites. I also do personal training. Currently, you can see my weekly WWE Smackdown recaps on CamelClutchBlog.com, video game reviews on BurningAngel.com (warning: although I only write game reviews there, it is an adult entertainment site) and mostly wrestling-related stuff on Man Cave Daily (mancave.cbslocal.com).
You might also like
Box SubscriptionsGeek FuelPokemon Go