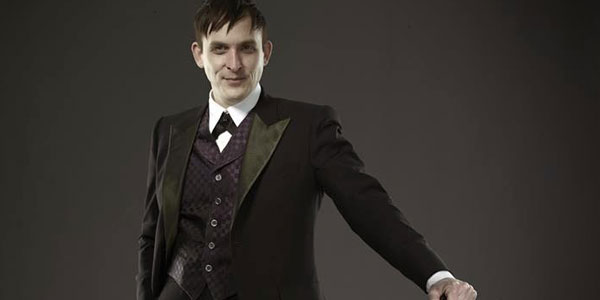 Gotham has been introducing several big-names to the small screen, from a young Harvey Dent to a streetwise Selena Kyle. However, there is an iconic face who has been seemingly absent throughout the series so far – one with a particular smile which sets all on edge.

Ah, but one cannot simply depict the origin of such an iconic villain – heck, the character himself has called the depiction of his backstory a simple game of ‘Multiple Choice’. There have been certain batstories which hint towards the Joker’s past, the most iconic of which is The Killing Joke. However, to present the origin of the green-haired maniac, Gotham would have to break the continuity which has held the criminal and the crime fighter together for so long – there must first be a Batman.

Now, prior to the series’ launch, it was announced that there in early episodes there would be a character who was to be the man before the Joker – with most of the bets being cast on  (which would draw from The KIlling Joke, where Joker reveals to have a very similar occupation prior to his transformation). However, an alternate theory appeared on Reddit after a few episodes claiming that Robin Lord Taylor wasn’t heading down the path to become the crime lord Penguin, but the Joker. Whilst it could be the claimed to be just a fan theory, it was a theory which was murmured around the internet for a while. Now, Robin Lord Taylor has answered these rumors in a recent interview with MTV.

“I read it, and I was like, ‘Huh, I was like, ‘Nah.’ But then I was so impressed at the detail that this person went into… the guy who formulated this theory. I was just amazed at the amount of attention that people are paying to the show. I mean, he was looking at the colors of my vest and my suit, and extrapolating off of that.”

Robin ultimately admitted he would find it “unlikely” to happen.

Guess it’s back to the drawing room…

Would you be an angry bat-fan if the Penguin turned out to be The Joker? Do you have a Gotham Joker theory of your own? Leave a comment or hit us up on facebook or twitter @GeekPride1