previous
The Doctor Whether You Like It Or Not: A Sixth Doctor Retrospective
random
next
Ralph Needs YOU!

Have you ever been paid to test a game?

In a time when beta testing seems like a thing of the past as a career, EA games has actually come through on a promise to its fans.

We all remember when we dreamed of testing games when we got older, but when it finally came time to start our careers video game companies were no longer hiring from the outside or paying for testers. Did anyone else play the Halo beta? What a great way to get gamers to do a job for you without paying them. It was fun and Bungie actually took our feedback seriously, but we didn’t get paid. A friend and I spent hours playing that thing, and still bought the game when it came out. 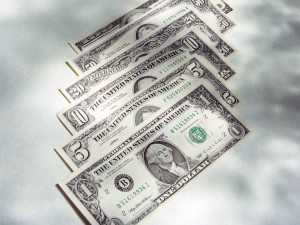 While having a conversation that was totally unrelated the other day, this friend of mine was visibly excite to tell me something. He was just waiting for an opening to come out with it. After an even more long winded explanation than I could muster, he shows me a check from Electronic Arts. Apparently they had put a call out asking for testers for the Battlefield 4 game.

Being a pretty determined gamer, this guy went on the website and signed up for the gig. Not expecting anything to ever come of it, he was pleasantly surprised to receive and email from EA with a code to download the 24 hour test version of the game. After playing through as far as he could in 24 hours, he was asked to answer 10 questions regarding the gameplay, graphics and overall experience. Of he did it and then thought nothing else of it. He was satisfied with having been able to play the early release of a new installment in a favorite game series. 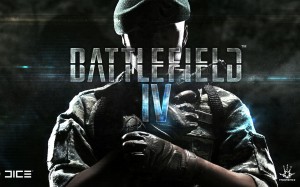 Well last week a check showed up in the mail. It wasn’t much but it was something. 24 U.S. Dollars is not even enough to pay for half a game, but it marked an awesome moment in gaming history. Through several conversations with other people who work in the industry, it is very obvious that the companies still beta test but in ways that we didn’t really expect. If you aren’t already involved, chances are you wont be. I have to give Electronic Arts a big high five for following through on something like this. It’s not everyday you see proof that someone in the general public was paid by creators for testing a game. Good guy EA.

Brittany Thornton aka The Wookie, lives on the majestic islands of Hawaii. A mother of two up and coming geek daughters. A Whovian, a Tolkien lover, a Trekkie and obviously a fan of Star Wars, you'll usually find her on XboxLive, playing Destiny and getting killed... a lot. Want to win her over? Books, bring books. Food helps too.
You might also like
Battlefield 4blogbreaking