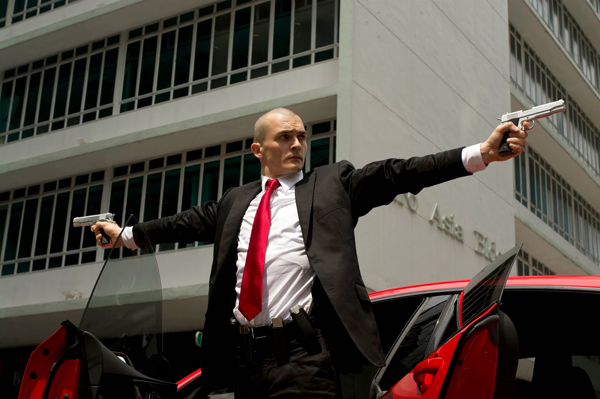 Hitman: Agent 47 is the second film based on the long running game series by IO Interactive. The first film featured Justified star Timothy Olyphant as the deadly assassin known only as 47. That film suffered from the same problem that’s plagued pretty much every film based on a gaming franchise, adapting something from an interactive medium into the passive medium of film is not easy.

For anyone that doesn’t know the mythology of Hitman: 47 is the result of a cloning experiment, a cold and clinical assassin who works for shady organisation ICA taking on contracts they provide and soon gains a reputation for ingenuity, reliability and professionalism. 47, a codename derived from the barcode on the back of his neck, is a classic anti-hero. He kills without mercy but is never portrayed as “evil” or actually taking pleasure in his work and his classic appearance of a crisp well tailored suit with a blood red tie has become iconic and instantly recognisable.

The new film features Rupert Friend (probably best known for Homeland) as 47 with a story that has 47 coming up against a corporation desperate to know the secret of his origins at any cost. One of the problems facing any film based on the Hitman franchise is 47 by his very nature is a loner having minimal dialogue throughout the games and only talking to his mysterious unseen ICA handler known as Diana.

Whilst the trailer definitely shows they have the look of 47 down, a lot of the things seen in the trailer don’t seem to fit the tone that the character is generally associated with. The games have always capitalised on a creeping sense of tension as missions unfold with an uncoiling narrative while this film seems to be packed with big and noisy action moments, the polar opposite of 47’s modus operandi and a factor which is likely grating for anyone familiar with the character. Whilst there are several nods to the games there are also some seemingly dumb developments. Trailers, by definition, take things out of context so 47 being held prisoner, for example, is most likely through his own choosing although it seem the writers have gone down more of a sci-fi route regarding 47’s abilities, something which is never really touched upon in the games given some of the things shown in the trailer.

Hitman: Agent 47 looks, much like its predecessor, to be an action film loosely based on the Hitman franchise. Fan or not, will you be going to see it?