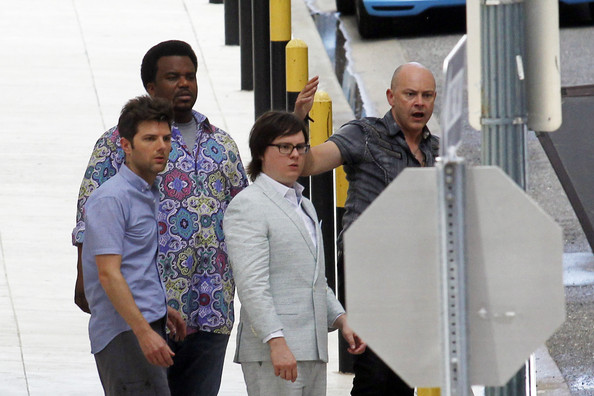 Now, I’m sure many of you remember the rather campy comedy that depicted the adventures of a group of friends, who due to a malfunctioning time machine, (in)conveniently located in a jacuzzi at a sky resort, are sent into their own past timeline. The adventures all centre around the fact that nothing must be changed, in order for the present they had just left behind to happen. It’s hilarious in a slapstick comedy kind of a way and it also benefited from a talented cast: John Cusack, Chevy Chase, Lyndsy Fonseca, Sebastian Stan, Craig Robinson and many more.

Whether it was the best movie ever (or not) is irrelevant as it attracted the audiences enough to warrant a sequel. With a lot of the old cast returning, but also with a few new additions: Adam Scott, Angela Kerecz, Gillian Jacobs, this time around the hot tub time machine will take the cast into the future.

You can take a look at the trailer below. Surprisingly, it looks kinda fun.