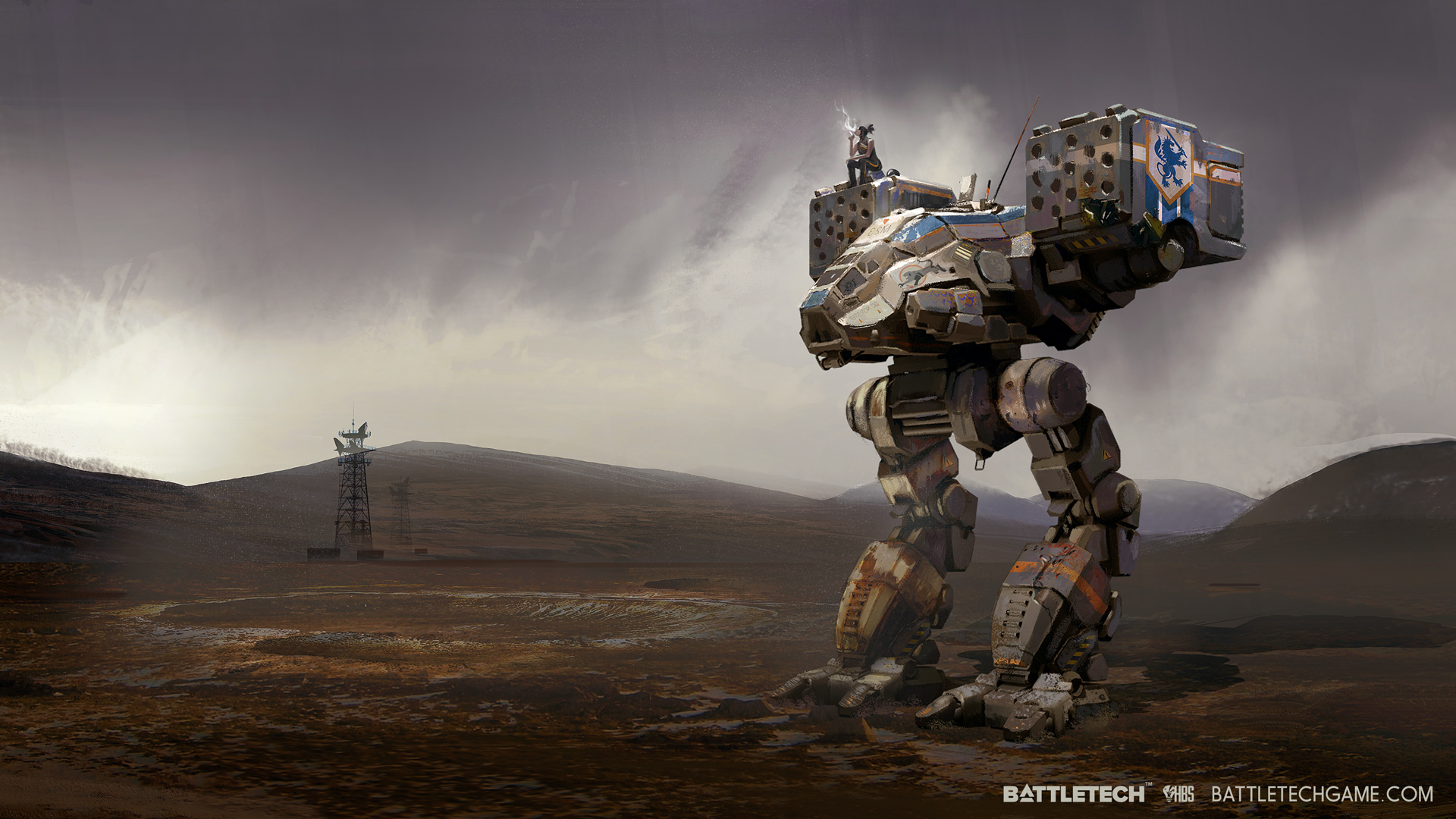 BattleTech is the long-running wargame first created by Jordan Weisman in 1984.  Unlike a lot of other sci-fi wargames at the time, BattleTech did not focus on the armoured infantry or hover tanks, but rather on the colossal bipedal war machines known as Battlemechs.

Despite being over thirty years old, many of the core rules – now distributed by Catalyst Games – remain the same.  The only changes have added to, rather than modified, the original game.

Since then, BattleTech has spawned role-playing games, video games, a collectible card game, a collectible miniatures game, VR simulations, various comics, over a hundred tie-in novels, a television series and there are even rumours of a film being developed.

After the success of the Shadowrun Returns video games, based upon the role-playing game of the same name which Jordan Weisman also developed, his company Harebrained Schemes are now adapting BattleTech.

With the new BattleTech videogame due next year, I caught up with Jordan Weisman to discuss his venture and how it all began.

How did you first create BattleTech?

I first conceived the game and the fictional universe.  I then brought in writers to help with a couple of aspects, and then eventually hundreds of authors into the BattleTech universe over thirty years.  There have been over 200 novels that have been set in the series and hundreds of fictional worlds, over a dozen video games and a television show.  I had the honour of being the one getting the ball rolling and creating the original mythos.

Why did you choose to focus on the mechs?

When I was first creating BattleTech, I was influenced by watching a couple of tv shows in Japan; namely Crusher Joe, Macross and Southern Cross.  Those three shows had created these walking tanks that were very visceral and super-cool.  In the Japanese storylines, these vehicles were sentient in their own way, in communication with the pilot.  I took a more western approach, with their imagery and treated them like walking tanks.  So I positioned it more in the sense of a knight in shining armour, only the armour was 30ft tall.

We, in the western world, develop a relationship with our machines, but they are different in that it does not have sentience.  We imbue it with personality; the more so if our life depends upon it.  A Fighter pilot’s plane is a real entity to the pilot, but the car you drive less so, but if you are a racing driver more so.  So that was the relationships I took, rather than the more mystical relationship that was present in the Japanese take.

Why are we still so fascinated by mechs?

I think the visual representation of the humanoid form at a super-scale and super-capability is a classic empowerment story.  That is attractive, the same as a fantasy of being a fighter pilot, only here there is the more medieval sense of combat yet merged with the high-tech nature of being a fighter pilot.  I think it is appealing – that sci-fi/fantasy experience – but I think what is appealing about the game is the context in which we set it.

We developed a rich world that actually, even though it predates Game of Thrones by about ten years, has a very similar story structure.  It is a feudal system: you have all these different political houses and the houses are battling with each other to reclaim the glory of a past empire.  It is a classic story, and those characters with their ideologies, greed, lust and all the other human factors are what takes it beyond the imagery and makes it into a world you want to come back. 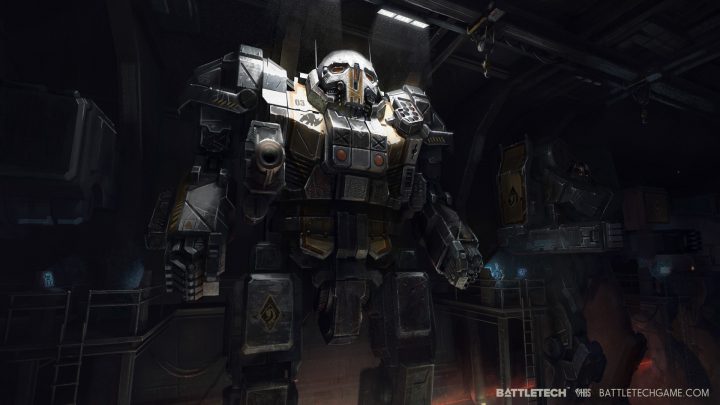 Unlike a lot of other mechs, BattleTech takes a grounded approach to technology.

We tried to take a very pseudo-science approach with as little pseudo as we can.  We had the disadvantage that we wrote all the fundamental work about thirty years ago, so science has come a long way in thirty years.  What is kinda amazing, is that some of what we wrote has turned out to be true.

The concept of the Battlemechs – a steel frame with artificial muscles and a gyroscope stabilise – sounds similar to the approach by Boston Dynamics with Atlas and Big Dog.

We tried to take a logical approach to it and – like all good science-fiction should – tried to project.  The core concepts we expressed are clearly legitimate, and are – as you said – actually being built now.

BattleTech has a fantastically complex background of political machinations, doesn’t it?

One of the things we enjoyed doing was to look at a world in shades of grey, rather than black and white.  One of the things we tried to do was that in the first novel we present faction A as the heroes and faction B as the enemy, then the second novel presents faction B as the heroes and faction A as the villains who invaded your home planet.  Being able to present a complex conflict like that, it really does become shades of grey.  To me, that, for a sophisticated audience, is a more interesting palette to play in.  We are seeing that most recently in Game of Thrones.

Can you tell me about the new BattleTech game?

Harebrained Schemes is an electronic entertainment company.  We wanted to take the core dynamics of the table-top concept and bring the fantasy of controlling a lance of mechs to a wider audience and allow us to play with the friends that we used to play with but are now spread out all over the globe.  It will be a digital version of the table-top, with all the benefits of the company handling the drudgery of all the record keeping, and having a single-player campaign with really good AI components and a rich story, which is near and dear to our heart. 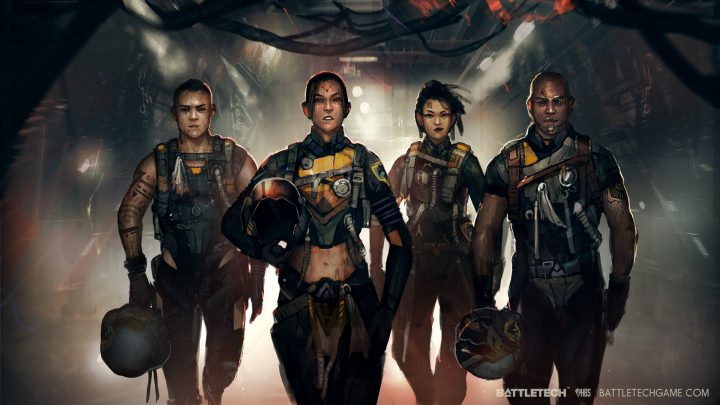 Will BattleTech have the same storytelling approach as the Shadowrun games?

BattleTech will be a tactical turn-based campaign, but in that context there is a rich story in which you are engaging.  It is not an RPG in the way that Shadowrun is an RPG with the depth of conversations, but you are able to navigate in an open-ended world, and you will be having interactions with protagonists and antagonists from all the noble houses as you chart your course as a mercenary unit.  There is an initial story campaign that you engage with, and then it becomes the story of your mercenary unit and how you choose your course.  Who you accept missions from and how you perform will impact your reputation with all the different political entities and thus starts to form your story.  It is an emergent story, rather than a scripted, conversation-rich story.

The BattleTech video game sounds similar to the Crescent Hawk games from the nineties.

Crescent Hawk was a very big touchstone for us.  When I worked on those games with Christopher Erhardt, back in the day, they were a pretty interesting departure from what had been done before.  We are slightly less RPG and slightly more tactical than those games were.

Have you been in touch with Megabots

I have been talking to those guys, as the BattleTech and MechWarrior games of the nineties were what they grew up on and fired them up to go at this whole thing.  It is fun to see them actually trying build them.  They are not building them 50ft tall yet, but they have built them 20ft tall and they are really cool.

Jordan Weisman, thank you very much. 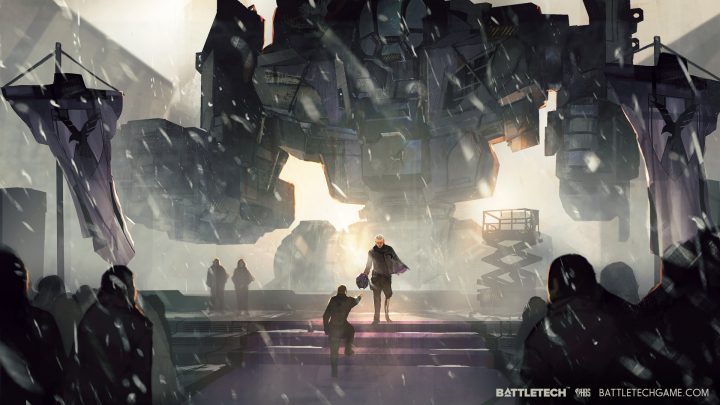