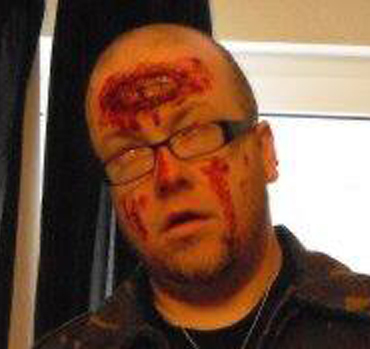 Writer Ben Walker took some time out of his busy schedule to answer a few questions on what it’s like being a writer in the digital age, and the challenges facing

Having just recently finished your first print novel have you reached a point where in your head you view yourself as being ‘a writer’ now?

This isn’t my first rodeo! I’ve been writing for about twenty years, with levels of success ranging from great (I wrote a series of award-winning consumer reviews) to typical (rejection after rejection for short stories submitted to magazines). Having the novel done feels like another step along that long, slippery road.

As someone who has written several e-books, where do you stand on the print versus digital argument?

A major issue of contention seems to be pricing for e-books, with some publishers charging the same for either despite one being something you put on a shelf and the other existing purely on a screen. To my mind, it makes sense for print books to be more expensive. If you’ve been signed to a publisher, a series of people need to be paid, from the editor to the marketing department, cover designer and so on. And then you have the production costs of the book itself.  When it comes to ebooks put out by a publishing house, if the cost of the book can be justified in the same way, then I don’t see why they shouldn’t charge as much as the physical copy. If their costs are lower, then perhaps they could afford to publish the ebook for less. I’d be interested to find out what publishers reasons are for pricing the way they do. In fact, I’m going to research that!

With the advent of e-books becoming widely available via the internet, does this make things easier for would-be writers, in essence taking away the long process of searching for a publisher and sending submissions and receiving numerous rejections whilst they hone their craft?

I don’t think it makes anything easier, it just provides a faster sense of gratification, to be able to get your book out there in the space of minutes (if using Smashwords, or All Romance ebooks, for example), or hours/days in the case of most other outlets (Kobo, Barnes & Noble, Amazon etc).  You become responsible for the entire process- editing, proofreading, cover design if you’re able, marketing, and each of those areas could be daunting. Then you have tax, foreign tax, self-employment registration, even copyright issues to consider. So it’s not just a case of write a book, put it online, get paid. You need to be smart about the whole process, and try not to make too many mistakes along the way. It almost makes submitting to publishers and agents seem easy by comparison! 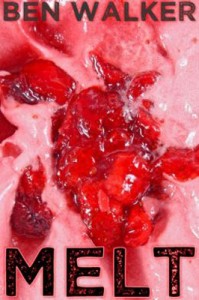 On a similar note: are e-books viewed as not ‘real writing’ because of this, with writers of e-books not being viewed in the same light as writers who have books on the shelf of a bookstore?

Anyone who thinks that is misguided in my opinion. Writing is writing; the medium through which you enjoy it is peripheral. If I download an mp3 from Bandcamp from some unsigned singer-songwriter, are they less worthy than a multimillion dollar recording artist with an iTunes page, or a CD in the shops? Of course not. But either one could be terrible, subjectively. It’s pointless to argue about the delivery method for any kind of art. There will always be turds in the swimming pool.

You recently finished your first print novel, Melt, a horror story, can you tell us a little more about that?

It’s my homage to the under-appreciated melt movie subgenre. I also wanted to create a very British horror tale, where characters lumber from one event to another, with no real control over the terror. The whole theme of the book is dealing with unexpected, inexplicable death. What better to represent that than a mysterious illness that turns your body and bones into goo?

Do you have a routine or ritual when it comes to writing, and where do you get your ideas from?

The routine is: computer on, try to resist opening Firefox, play music, write. I’d get a lot more done if I could bring myself to switch off my router. I typically set myself a daily word goal and try to beat it. But even a few scribbled notes are better than nothing.
My ideas come from memories, news, and research. This all creates a delightful soup of nonsense in my mind, which I ladle out as soon as something seems interesting. I always carry a notebook in case something comes to mind. Never lose an idea, it’s terrible when they escape.

What’s currently sat on your ‘to read’ pile, do you have any particular writers that you have an affinity for?

I try not to let things sit on a ‘to read’ pile for long, so I’ve got about three books on the go at the moment. Novel-wise, I just started Wool by Hugh Howey, and I’m reading a few old psychology and science books, both out of general interest and for research. As for writers I like, Stephen King is my all-time #1 favourite, to the point of blind fanboyism. Also Ray Bradbury, Clive Barker, John Betjeman…I admire writers where their love of writing shines through on the page.

Do you view the e-books you’ve written under a pseudonym as more ‘throwaway’ than Melt due to their subject matter?

What are your plans going forward? Are you in the middle of anything or are you taking a break and seeing the response to Melt?

I can’t take a break, I’d go mad! My second horror novel is already underway. It’s been brewing in my mind for about three years, so it’s time to take it off the stove. Another very English tale mixed with B-movie sensibilities, this time with insect attacks. Think THEM! with less radiation. I also hope to get a few short stories ready for a collection I’m planning later in the year.