previous
Batman Vs. Superman Release Date Pushed Back to May 2016
random
next
And the Geek Pride Game of the Year 2013 is... 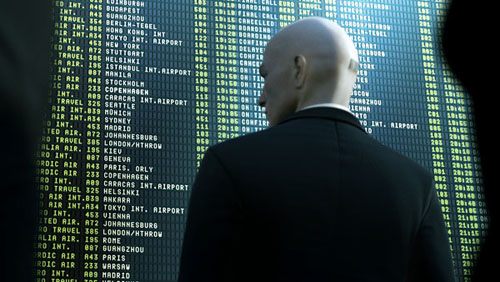 I O Interactive have revealed some details on the next installment of the Hitman franchise through an open letter on their website. In their statement they address some of the issues raised with ‘Hitman Absolution’

[quote] ‘We’ve adopted an open, non-linear level design approach to the game, ensuring the game will play out across huge, checkpoint-free, sandbox levels.'[/quote]

The new game will also feature a variety of locations and targets.

[quote]’The game concentrates on the core Hitman fantasy of using a wide range of tools to take out a diverse group of targets across expansive, exotic locations around the world.'[/quote]

[quote] ‘We are building this game on the backbone of the Glacier 2 engine, using the best parts and what we have learnt through Hitman: Absolution and drawing inspiration from past titles like Contracts and Blood Money to fulfil the core Hitman fantasy. That means we’re packing in an extreme level of detail on the largest levels we have ever built for a Hitman game.'[/quote]

Contracts Mode is back enabling players to create levels and experimenting with various elements before inviting your friends or the world to attempt your contracts.

Another key element that is being addressed are Agent 47’s ‘Magic pockets’, 47’s ability to carry an entire arsenal around with him whilst only wearing a suit has always been one of the clunkier aspects of the franchise. Addressing this will add a further element of realism to the game and make for more a challenge as players will most likely have to swap out weapons and equipment as the game progresses.

To read the letter in full look here

Andy Haigh started writing to counteract the brain atrophying effects of Retail Hell, now it's an addiction. Andy is an unrepentant sequential art absorbist and comics are one of his passions. Other interests include Film, Music, Science Fiction and Horror novels and quality TV like Game of Thrones. He can talk about these at great length if only someone would listen. He lives a somewhat hermit like life in The Shire, spends too much time on social media and is still waiting to go on an adventure.
You might also like
Agent 47breakingGaming