previous
Geeky Gifts - Part 2: The Giftening
random
next
New Trailer! - Dawn of The Planet of The Apes

Hello and welcome to Isometrics; a slightly slanted series analysing the lucid, literary world of video games. The Christmas period after what the Americans call Black Friday is a bit of a wasteland, without a lot in the way of video game releases or news. Oh sure, there are plenty of games coming out and many more on sale but for the most part active development in the bigger companies ceased about a week ago. However, this certainly is not true for the wider community ; there have been more than a few major stories that have affected the community , eerily echoing more than a few classical academic gaming debates. One of the biggest involves Mighty No. 9, a game currently in development, and contrary to the title above, nothing to do with feminism at all. 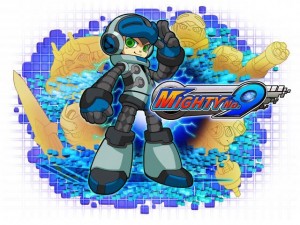 How could a cute little bot like this cause so much trouble?

In order to give a brief summery of the situation, Mighty No. 9 is the name of the most successful game ever to make it on Kickstarter, raising $3.8 million from pledgers who wanted to turn veteran game designer Keiji Inafune’s (Mega Man, Resident Evil, Devil May Cry) ambitions for a new next gen action platformer into reality. It smashed every stretch goal possible and basically has the potential to be every bit as fantastic as the huge investment promises. In recent weeks however there has been a bit of a controversy. Did it concern the game itself ? Maybe its mechanics? No. It concerned one of the community managers for Comcept and the game, Dina Abou Karem.

At this point the story kind of falls off the rails, as two sides have been taken on the issue as it spreads across the internet community. What is known is Dina is interested in gender representation, is a community manager and has a friend who also works for Comcept. Everything else is a little bit more murky and has been taken at one side as signs of nepotism in the company, bad business practices, a lack of respect for the Mega Man series (since she admitted to not being an avid player of the games) and even some kind of subversive feminist conspiracy to try and ruin the series with their Wily (capitalisation intended) ways and need for some kind of gender parity!

The other side of course is pretty much everyone else, raising their hands and wondering why this has become such a massive deal. 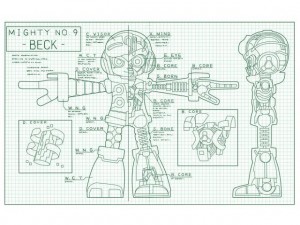 Part of this is of course the misplacement of a lot of fan energy and devotion. Series, particularly long running ones get very devoted fan bases, who are incredibly sensitive to changes in the mechanical, social and political aspects of games, and so after being disappointed many times before with mediocre, simplified or just plain cancelled games, they will react very strongly to anything that might possibly take away from what they consider quintessential to the series, including not being ‘hardcore’ enough a fan to know what that is. However for some, this Sarkeesian fear of a feminist game is the problem, and that is where this debate will be taken. Are the fears of a feminist agenda justified? Are there games with feminist agendas in the mainstream Zeitgeist?

Just for clarification, by “feminist agenda”, I mean any video game that explicitly explores feminist issues or pursues the kind of explicit misandry that seems to be feared by the gaming men’s rights activists set. Is there an agenda present here? The answer ( to the shock of precisely no-one) is there isn’t any. That isn’t to say there aren’t games that are praised by certain groups of feminists (it is of course, with such a diverse school of thought , impossible to get a complete consensus), such as Mirror’s Edge, The Last of Us (to a degree), the Metroid series (to a very limited degree) and the Tomb Raider franchise (with a lot of qualifiers and controversy that I will save for a later article). Oh, and the Great Giana Sisters of course!

But in terms of mainstream feminist games there are none and really even looking deeply into it I only found one incredibly primitive Unity engine first person shooter where you shoot people who come on to you, and after playing it was so thoroughly insulted by its badness that I refuse to include a link to it in this piece. 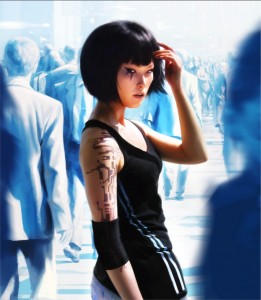 This has genuinely surprised me, and left me with a bit of a problem; the plan for the rest of the article was to explore games that explicitly considered feminist (irrespective of who designed them or anything of the sort) and explore how problematic or prolific they are. The fact I can’t find any is, to use the worst expression for the situation, a cock-up. However it isn’t a difficult cock-up to explain.

Video games are, for all their rapid movement and development, a very new artistic medium, currently going through a troubled but artistically fascinating adolescence. The market is growing, and diverse (with figures putting the gender split at 53/47) and there are more ways to play and more styles of game to play than ever before. Yet at the same time the primary demographic that game companies focus their biggest budget games are has depressingly remained mostly the same. The so-called AAA titles are invariably aimed at adolescent and very slightly post-adolescent young men, simply because they are perceived to have the most disposable income. This is why the biggest games this year are all first person shooter games with gruff, rugged man’s men, women either pushed to the sidelines or off the screen entirely. 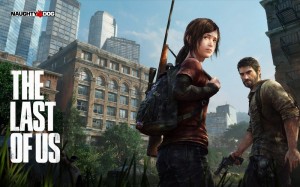 So video games have never before, and are not now being used to push any sort of feminist agenda, but surely they could in the future right? After all, literature has a great tradition of female writers exploring the female condition, and likewise independent cinema. Whether or not it is a stupid thing to fear, surely it is possible right?

Perhaps, but it is highly unlikely for several reasons, chief among which being that there really isn’t such a thing as a ‘feminist agenda’. One of the biggest misconceptions by detractors is that feminism is a unified singular set of beliefs but, as I shall inevitably explore a lot more, feminism is a diverse school of thought with a branching and schismatic history. Feminism is just too many things to too many different people to have a unified agenda, which is precisely why for instance characters such as Lara Croft can be both vilified and praised by different feminist thinkers. Realistically however, the big thing stopping the progression is that if current trends in women in video games, from Rhianna Pratchett to Roberta Williams, to Stevie Case and Jessica Curry are anything to go by, they seem to be too busy actually making video games to care about any supposed agenda. Perhaps in the future there will be certain genres and certain games which have enough of a literary focus to actually explore feminist themes but it seems frightfully unlikely that a game featuring a blue robot shooting things will be one of them.

Can you think of any other feminist video games, be they feminist friendly or with an explicit agenda? Have any other thoughts about the blog? Leave a comment below, or comment on Twitter, Facebook or with a very large bugle!

An upstart young literary critic, reviewer, novelist, lyricist, metal vocalist and master of hugs, with a particular tone mixing academic critique with bouncy childish glee.
You might also like
blogcontroversyFeminism