Isometrics: Twitterfall, Authorship and the Double Edged Power of the Fan Response

So Titanfall has opted for a 12-player cap for its multiplayer, which has players up in arms before the game is even complete. Are they right? Isometrics takes a look at the strange power of the crowd response throughout the ages. 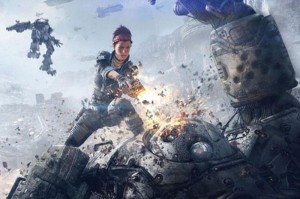 Welcome to Isometrics, a gilded gaze at the somewhat larval literary world of video games. After a look at the issue of the player, and whether the player, the game or indeed the author of a given text is in charge of the players actions during a game play experience; it is perhaps fitting that we should look at the other end of the spectrum. Let us discuss authorship in what is not only a collaborative artistic medium but also one that is affected by the audience far more than most, both in the individual’s experience and in the creation of the work.

The general prevailing view, both legally and in literary circles, is that a literary work has a particular author. This is the case even in collaborative media such as film and television, where there are – by necessity – a large amount of people involved doing specific tasks to ensure the work is completed. A single creative vision unifies these disparate elements and thus creates a work (Generally in film, that role is given to the director, in some rare cases the screenwriter).

This principle is at the core of the Auteur, and is a theory somewhat vital to the critical process since it allows certain implicit political, thematic or personal views to be sourced back to this singular vision, as opposed to a crowd of different crew members, each with different values, races, creeds, genders, socio-economic views and so on. Pauline Kael characterises the Auteur theory’s purpose as “[i]nterior meaning… extrapolated from the tension between a director’s personality and his material…”

It is by no means a flawless theory, with criticism generally questioning precisely why one specific person gets all the credit (eg. “Why does the director get the full credit for a creative work, when the idea often comes through the screenwriters, and most of the actual work is done by a massive cast and crew?”), when all the other crew could potentially offer their own complimentary or subversive voice through the roles they have in the creative process. This got to the point that David Kipen coined the term Schrieber theory to describe the screenwriter as the person in control of the creative process, thus proving once and for all that literary critics hide behind foreign language and pointlessly verbose syntax in order to hide very basic ideas…wait!

Anyway, the process of determining “authorship” is a little more complex in video games, given how even the auteur would not be entirely in control of their own narrative, but this will take a whole article of its own to untangle. Instead we are going to talk about jet boots and giant robots, in that intriguing spectacle called Titanfall. 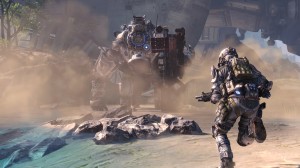 Titanfall, the most literary of spectacles!

What is interesting about the Titanfall story isn’t just what the game is (it’s not going to be any literary gem, but man will it be awesome!), but the huge fan reaction to announcements regarding it. In particular, the hugely negative reaction towards the announcement that the game will primarily be a six person vs six person team conflict, with AI soldiers around and of course the giant Titan machines, causing a battle on three levels.

This from a game design standpoint is interesting because it will be one of the first massive blockbuster titles to adapt elements of the incredibly popular MOBA genre, which in theory should add tactics, balance and a degree of business not often seen in shooters because of the often widely divergent skill levels of players. Potentially, in any case.

The reaction was odd mostly because it seemed to lay the assumption that the reason for this decision was purely technical, that all of the potential gameplay opportunities laid above could not possibly apply to a big budget first person shooter. What probably also stirred the pot was the exclusivity deal Respawn Entertainment has with Microsoft to make the game an Xbox One exclusive, thus giving the fans of the competing Playstation 4 a very large stick to beat Xbox fans with, in scenes reminiscent of a South Park episode.

What interests me about this whole affair is how much press it has gotten, and the potential power of the collective, which could in all possibility force a change in games, not just in terms of mechanics but also potentially in other areas, such as the case with the ever controversial Mass Effect 3.

Mass Effect is a game that in so many ways is perfect critical material. It manages to find that sweet spot, crafting a grand narrative but giving enough leeway that the player controlled Commander Shepherd feels genuinely like a part of the universe, the only catch being that everyone from high ranking officials to intimate lovers will call you by your last name. The player’s decisions also mattered in both big and small ways, some that even transcended one game and became important in the subsequent sequels. Yet despite having this player input there was a great story behind it, one that could be traced back at least in theory to the vision of Casey Hudson.

It is a flawed masterpiece, one that will likely end up receiving an Isometrics article of its own soon enough. The major point of the series is that it is about choices, and choices affect how the game is played at a number of levels, to the point that certain fights can be avoided and certain missions skipped if diplomacy is taken at the right time. With that level of control over their individual narrative, it is natural to see why the ending of Mass Effect 3 annoyed people so, well, massively.

Mass Effect 3, for the uninitiated is built around one final do-or-die conflict with the reapers, and the entire first 90% of the game is built around forming alliances, meeting old friends and buying so very many DLC packs trying to get every advantage possible when fighting beings as godlike and barely stoppable as the Reapers.

Gargantuan Spoilers ahead, if you wish to avoid them, don’t read anything between the bold sentences! 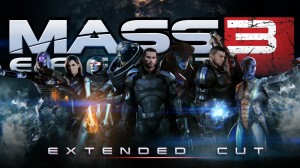 The ending of Mass Effect 3, however, throws that all out of the window, as all choices lead to an incredibly odd climax which even includes a strange ghostly starchild and a lot of very truncated dialogue which offered three somewhat nebulous endings, none of which entirely lived up to the pre-release suggestions that every choice would matter. It got to the point that both the US Better Business Bureau and the UK’s Advertisement Standards Agency got involved (though in the ASA’s case only to reject claims that the game had been mis-sold), as well as huge internet campaigns were set up to try and change the ending. These eventually led to the creation of the Mass Effect 3 Extended Cut free Downloadable Content, which extended the endings, and added a fourth hidden one, where you can get that cathartic revenge on the starchild, if you feel the level of anger as the fans seemed to.

This has always left me, as a literary critic, with a dilemma. Are narratives, like any other part of the game play experience, an iterative component to be updated, fixed and upgraded when appropriate, or does the auteur theory override this and thus make the changing of the ending by fan demand unethical. It should be pointed out that allegedly, both the lead designer and lead writer, Casey Hudson and Mac Williams, chose the ending irrespective of peer review, and there is a sense that this is the ultimate extension of their philosophy of the role of technology in society. The interpretation that man may need to make an unpalatable choice with technological advances, whether that is to control them, to meld with them or to destroy them, but the nature of how Shepherd made it to this final choice, as well as the sheer scale of the choice may explain the deliberate sense of confusion.

In the end, they are artists, writers and creators, should they be forced, either legally or under the weight of fan demand to change the game’s ending because of fan demand? Or is this question moot because the problem was not necessarily with the ending sequence but with its execution, and by fixing that, as the extended cut did, the game was closer to the intent to the auteur, not further away.

It’s a very tricky question, one that isn’t entirely answerable unless we hear more confirmable tell-all accounts than the one provided by Patrick Weekes on Penny Arcade’s forums. (link: http://www.gamesthirst.com/2012/03/22/mass-effect-3-writer-distance-himself-from-game-ending-blames-casey-hudson/).

Okay, you can come back now!

The problem is that it is a question with increasing relevance given the rise in the “paid beta tester” market, where players get a discount (most of the time) and a chance to directly affect a game’s development while the game is still rapidly changing and evolving. Given the solicited nature of the fan response, this is an even greyer area for authorial intent, which can in the case of some games turn the game into an even more collaborative work.

In the end, it all depends on the auteur though, and given that practically all games are collaborative anyway, this should in an ideal world change nothing.

Whether we live in an ideal gaming world is up to you.

Do you value the auteur as much as literary critics seem to? What do you think of Titanfall or the Mass Effect 3 controversy? What are you experience with Steam Early Access or paid beta games in general? Please leave a comment below, leave a message on the Geek Pride facebook page and message abuse to me on Twitter (@HuggyDave). Thanks for reading!