South Park: The Stick of Truth’s bizarre European edits has brought the issue of video game censorship right back into the limelight. Isometrics goes down to take a look at the damage…

Welcome to Isometrics, the [REDACTED] of the [REDACTED] world of computer and video [REDACTED]s. Another apology is due( I suspect) for discussing something I particularly dislike in the world of video games, but today we need to discuss censorship, particularly how it ascribes to an art form that more than most has seen very notable side effects as a result of censorship from various authorities, before exploring whether this latest issue is some kind of self-aware joke or the dawning of a very concerning precedent.

Censorship in gaming has a bit of a fractured history (like pretty much anything regarding gaming) but the first major wave of censorship came from the US branch of Nintendo, through the rest of the eighties and ever so slightly beyond. The reasoning for this mandate came from two areas, both consequences of the huge Video Game Crash that occurred two years before the release of the NES. The first is that the crash itself basically damaged the video game as a cultural medium; people called it a fad and the gamers that were left that had invested in the medium either took advantage of bargain basket prices or were sucked into the home computer or arcade markets, both of which experienced a great golden age in the US at that point (It should be said that the UK for the most part didn’t really get into consoles until long after the crash so this isn’t really a worldwide thing).

To get a console into the market in 1985 you kind of needed to cheat, and thus the NES wasn’t a games console but an entertainment system. How can it be a games console, it looks like a video cassette player and comes with a robot, for heaven’s sake?

This bait and switch lasted oh, about six months, by which point games were back in with a vengeance, something that has only intensified to the present day. But the other area in which the crash did some serious damage was the quality and content of games. That was something Nintendo kept holding on to for a long time. Since games were largely seen as toys and not as an art or media form, there wasn’t really any specialist journalism on the medium at that point. So if you saw a game in stores all you could do is look at the art, look at the back and guess if it’s good or not. And this of course doesn’t go into the somewhat less than savoury nature of some of the games available.

Nintendo’s solution for this was the Seal of Quality. You’ve probably seen it, given that it’s still on every single game available for a Nintendo system. What that actually means is very little, especially nowadays, where basically all it means is that the publisher paid the licensing fees. In the eighties however, there was a little bit more to it. Nintendo had a large, stringent and some would say draconian set of rules for allowing games to be published for them, some regarding exclusivity deals and marketing strategies, some regarding manufacturing requirements like the game being fully functional, but most related to what content was allowed to be in a Nintendo game. The consequences of this censorship include the stuff of legends, from Final Fight’s infamous “she’s a man really” gender swap, to the sweat blobs of Mortal Kombat, to the millions of crosses removed from every RPG available for the SNES (and Ducktales, inexplicably), to all of the ludicrous stuff that Maniac Mansion went through to get an NES release.

It’s difficult to say whether it was necessary for the return of consoles bigger and better than ever, but the Nintendo method became standard practice and effectively made them an untouchable monopoly for the rest of the eighties and early nineties, shrugging off lawsuit after injunction after controversy. More pertinently, it’s also difficult to say whether it would have been better to rely on some kind of legal classification system as opposed to overzealous corporate self-censorship purely based on covering one’s own arse.

After 1993, with the senate trials in the US and an unconnected controversy in the UK leading to the formation of the Entertainment Software Rating Board and the European Leisure Software Publishers Association (later to become Pan European Game Information) in partnership with the existing British Board of Film Classification, video games had a classification system that acknowledged one fact that seemed to be missed in the entire moral panic; that video games are not just for children. It is a medium that is for all age groups, cultures, creeds and genders, and as such not everything will be appropriate for very young ages. It’s the consequence of being an art form.

Which finally brings us full circle with South Park: The Stick of Truth, the latest and best (admittedly by default; the rest of the South Park games plumb new depths of abhorrance) adaptation of the popular and subversive cartoon, in an RPG setting inspired by the Game of Thrones-y Song of Ass and Fire three parter. The game was released uncensored in the US with very little hubub, and it is believed that it also passed uncensored under PEGI’s rules, with an 18 rating according to the Guardian. And yet, Ubisoft, the publisher of the game decided to take it back and censor it themselves, removing several story sequences and inflammatory iconography before resubmitting the game in what was described somewhat curtly as a “marketing decision”.

What this may mean is that things were censored to ensure the game is passed in Germany, but given that the game had to be delayed for further censorship to be accepted by the USK, that seems unlikely. What makes this more hypocritical than most is that this is a South Park game, a franchise built upon battling censorship at every turn. The series had a film that was entirely built as a screed against censorship. The series had a two part episode built entirely on the concept that either everything is allowed, or nothing is. It is a series that, whether you are a fan of its occasionally juvenile sense of humour, pushed the boundaries and envelopes of taste and trusted its audience to make their own minds up about what were more often than not very complex debates.

Oddly enough, the fact that this censorship, based around probes and abortion (hopefully that’s not enough to spoil the experience for anyone who will play the PC version), wasn’t legally mandated makes it even more galling. It is one thing for a legal body to decide what is right and what isn’t, they can be debated and picketed and voted out if necessary; they are accountable to a nation’s populous. But a corporation doing the same thing, particularly to a franchise where the single constant theme is “censorship sucks” sets a very worrying precedent, and I wonder if more AAA games will have increasingly more story and gameplay sequences lopped off for the sake of demographics.

I know that the content is mostly ancillary. I know that they send it up with cute Pythonesque screens which basically tell rather than show exactly what’s happening anyway. I know that Matt Stone says its not a big deal because video games are interactive and thus must be didactic. That’s all irrelevant. It’s hypocritical, patronising and does the literary power of video games a great disservice. It also perpetuates the idea that big budget video games cannot handle controversial themes and ideas, things that have been proven wrong in the last few years. I must conclude with the oddly prophetic words of media critic Kyle Brofloski: Either everything’s okay, or nothing is.

Are you playing South Park: The Stick of Truth? Does the censorship bother you? What’s the most egregious censored moment you remember in your gaming history? If you have any thoughts please fire them over to the Geek Pride  Google +, Facebook and Twitter accounts, or to me at my own Twitter page. 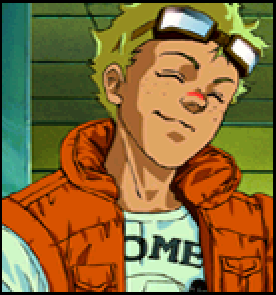