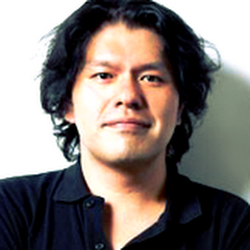 Sadly the game designer and musician, Keni Eno, passed away yesterday at the age of 42 from  a heart failure. Eno-San (shown above) was known for creating music for games such as Sega Rally 2 and as working as a designer for some recent Japanese mobile and WiiWare titles. He was, however, undoubtedly best renowned as the creative mind behind WARP game studios which developed the survival horror series D and D2 back in the 3DO, PSOne, Saturn and Dreamcast era. 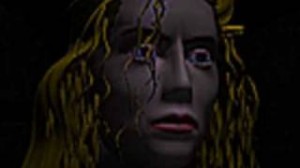 As a game, the original D was far ahead of it’s time and told the story of a girl forced to look for her father in an old hospital after he has reportedly embarked on a massive killing spree. The game dealt with psychological horror before the days of Resident Evil and Dead Space and managed to create a true sense of terror in the player, dealing with some fairly controversial subject matter to boot including cannibalism and realistic in-game violence. It was also a game which featured multiple endings, a concept not often explored at the time, and had what were then considered to be extremely impressive visuals. The Dreamcast-exclusive sequel D2 was never released in Europe, although a rare and edited English language US version does exist, and had a story which was unrelated to the first game but remained just as controversial due to inclusion of occultism and nudity.  If you can find a copy of one of these games and still have the hardware to play them on (any PS2 or PS3 should run the PSOne version of D) then we at Geek Pride would definitely recommend it.

RIP Eno-San. Sadly, innovators are usually born and not made and the games industry has just lost an extremely talented innovator.

A proud member of the Geek Pride video games editing team, Sai can currently be found trying to get through his Christmas games backlog (and failing miserably at it).
You might also like
breakingnewsPLAYSTATION