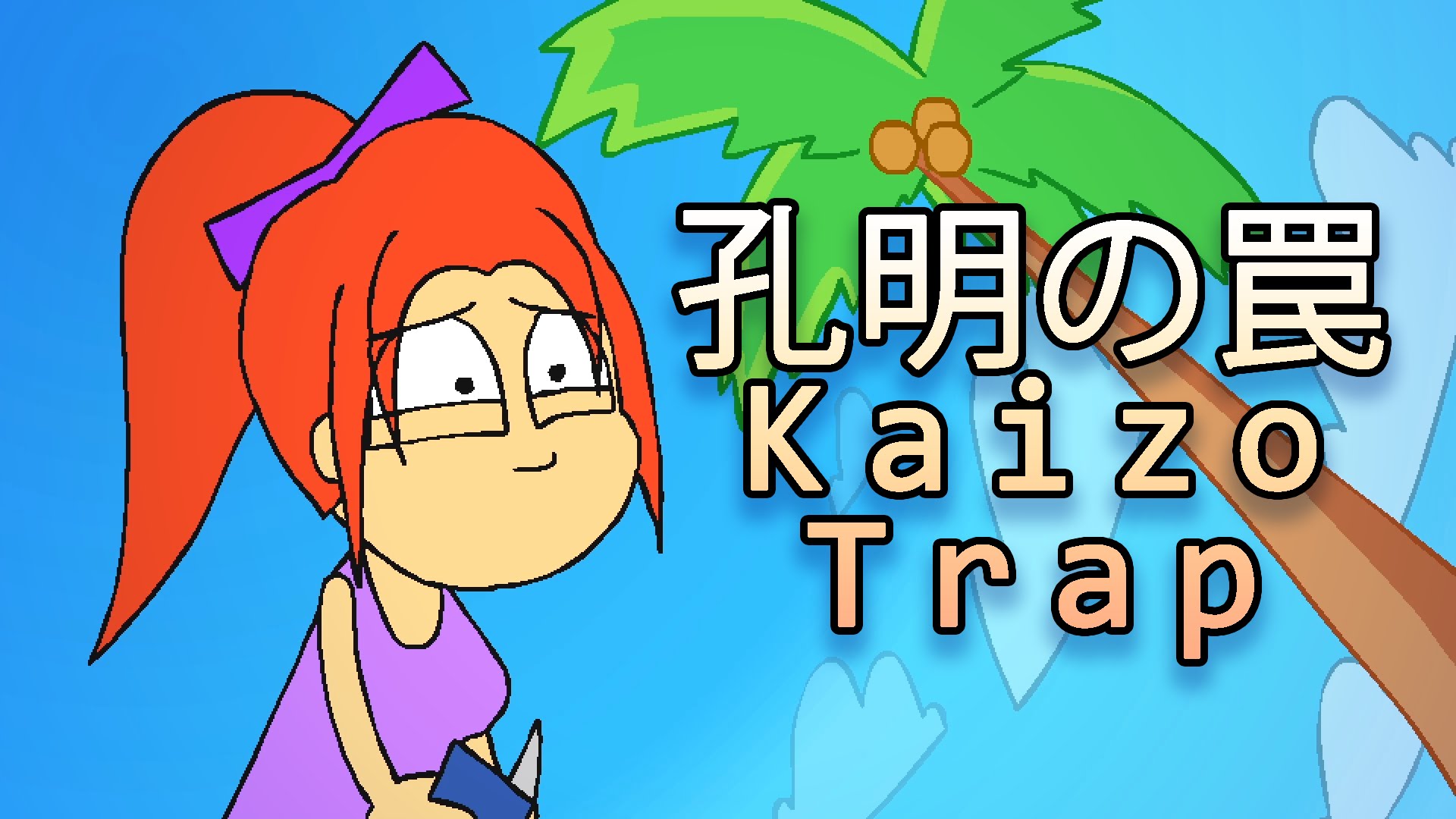 On my regular jaunt around the Internet I stumbled across the below video (by Guy Collins) and being the curious chap I am, I gave it a click… beautiful is the word.

In short it’s an animated music video about a girlfriend who buys her hubby a retro Games Console; cause that’s what awesome Girlfriends do. He goes in to play and then something happens… he’s sucked  into the game!  And she has to go in after him.

The video starts as she tries to get to grips with the reality of the game, deaths, respawns and the endless grind to get past certain areas. She powers through, gets better, learns and reaches what she thinks is the end; its not, its just a Kaizo trap and she is killed.

It is then that there is this very beautiful super poignant part where she has the option to continue or not.

Two doors are shown; one for the game and one to go back home. She takes little time, and with a grimace of determination, goes back into the game.

Our Hero battles through the levels again, makes it to the boss (who is a game possessed version of her boyfriend), defeats him, he comes round, there is an embrace, you think they will fight their way back together BUT…. he’s sucked up to another level… another trap.

Unperturbed, and driven by her love for her boyfriend, her need to see him safe and, no doubt, a want to defeat the game she follows and goes through more hell just to reach the final boss.

Unfortunately it looks like she wont be able to defeat this monster, which has her boyfriend trapped in a glass cryotube,

She is hit and goes down.. she starts to flash.. Game over? No, her boyfriend, who is coming round, starts to pull tubes out of himself, that the boss attached to him, and she starts to come back.

The Boss is weakened by the boyfriends actions and she takes advantage of it, jumping through a portal and into the chamber to save her lover and drag him to safety. She grabs him by the hand and trails him through the game and all the levels just to make it home. They jump onto a jump pad as the world below them disintegrates, high into the air they go.. the boyfriends hand starts to slip and then….

Well, you’ll have to watch it and see.

Get the Kaizo Trap Download Pack for $5 and support my channel!
http://mondomedia.com/digital_shop/vi…

Written and animated by Guy Collins

WHAT IS A KAIZO TRAP?

Well Tv Tropes has given us a good definition :

A Kaizo Trap is a type of video game Hope Spot: You have just finished a difficult challenge, such as defeating a boss, completing a level, or even winning the whole game. The battle is over and you breathe a sigh of relief. Then the game kills you during the victory cutscene, and you have to do it all over again.The player has to find a way to defuse the trap before completing their actual goal, as their fate is otherwise unavoidable after triggering the cutscene and losing control of their character.

Known in Japan as “Kōmei no wana” (“Kōmei’s trap”, Kōmei being the Japanese reading of Kongming, the courtesy name

for Zhuge Liang, a famous strategist from Romance of the Three Kingdoms).Naturally, an example of Trial-and-Error Gameplay since you have no way to know of (even less so, expect) the trap beforehand. Commonly found in Platform Hell titles, as just one more sadistic Screw You on the part of the designers. The opposite of this trope is Fission Mailed.