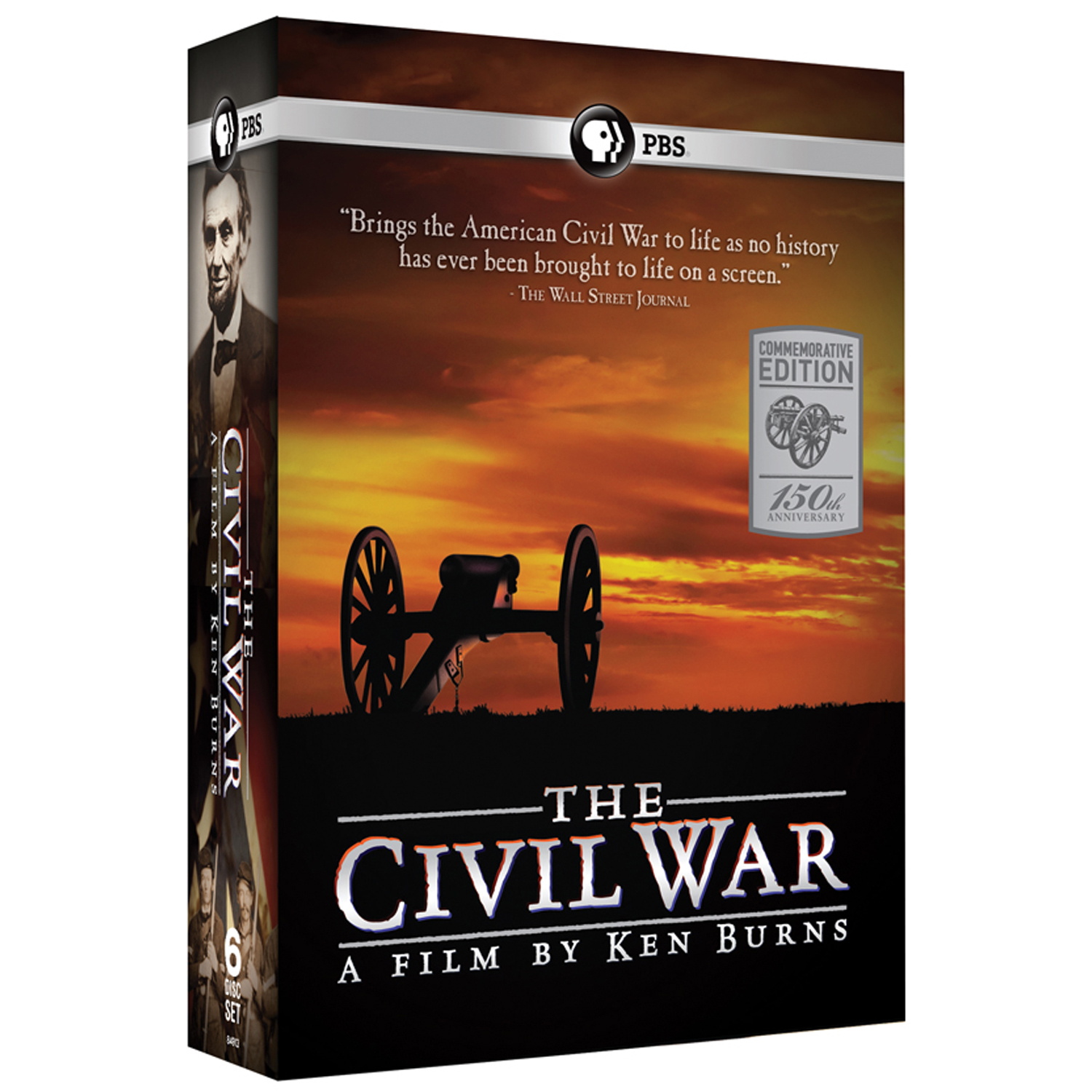 Straight to the point: One of my favourite documentaries of all time, bar none. Well put together, gripping, thought provoking and insightful. I have watched it about 4 times….best documentary ever!

Ken Burns’ Emmy® Award-winning documentary brings to life America’s most destructive – and defining – conflict. THE CIVIL WAR is the saga of celebrated generals and ordinary soldiers, a heroic and transcendent president and a country that had to divide itself in two in order to become one. Hailed as a masterpiece and landmark in historical storytelling, this epic documentary traces the course of the U.S. Civil War from the abolitionist movement through all the major battles to the death of President Lincoln and the beginnings of Reconstruction.

Featuring a stellar cast including Morgan Freeman, Laurence Fishburne, Sam Waterston and Jeremy Irons, the story is mostly told in the words of the participants themselves, through their
diaries and letters. Additionally, several modern-day historians offer periodic comment and insight on the war’s causes and events.

Warts and all – I like that ACW is a detailed documentary that doesn’t put a glorious shine on things; it just tells it how it is. From succession, to the Emancipation proclamation;  from the defeat of the Confederacy to the assassination of Abraham Lincoln.  Both sides of the spectrum are looked at and with little or no bias; this is how all documentaries should be.

Music, narration and visuals – ACW is a feast for your mind, ears and eye, but not in a garish, modern way, no it is simple and effective;  with authentic music, interesting, and sometimes shocking, pictures, and  all held together by the narration of David McCullough, whose calm narration doesn’t overpower the documentary like a lot of narration, in newer series, but keeps it on a sombre, even respectful tone.

Voices of the past – many documentaries do this now, having contemporaneous memoires and diaries being read by actors, but  ACM was the Granddaddy of them all and why not. With actors such as Jeremy Irons, Derek Jacobi, Arthur Miller and the master of the dulcet tone , Morgan Freeman ( People have always liked the sound of his voice, apparently),  You can’t help but get wrapped up in the story.

The uncomfortable truth – A lot of people will think that the ACW was a war fought for the sole purpose of freeing the Slaves but, as the series explains, this was not the truth. The War was a war of unification, emancipation was a means to an end to prevent foreign intervention.  A bomb shell that ACM doesn’t make any show about but one that really opened my eyes to the war and to history in general.

Shelby Foote –  This Historian, who sadly has passed away, was the crowning glory for me in ACW. I don’t know why but his reserved enthusiasm, extenuated by his wonderful anecdotes, was endearing and just gave the series a bit of southern authenticity.

None really, just that I had to hunt high and low to get the DVD a few years ago and now it’s being rereleased again.. damn it!

Also I am not sure I agree that Robert E Lee was a great General, or as great as he is made out to be in the series. His victories being more down to Union ineptitude than martial prowess (just look at pickets charge), but I guess that’s what “Greats” do; take advantage of the situation.

Honestly one of the best documentaries I have ever seen and one I think everyone, who is into history and especially the American Civil war, should watch.  The bar was set high on this one and only few have managed to reach its soaring heights.