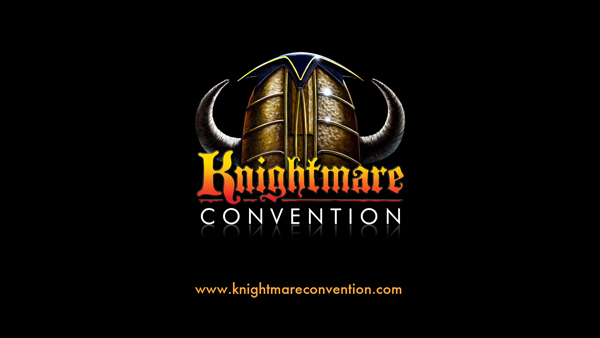 “Side step to your left, no right!” “Oh nasty!”, if those words resonate with you, then rejoice fans of seminal and ground breaking kids TV show Knightmare. After years of building up a cult following, even inspiring the critically acclaimed Knightmare Live and featuring as part of Youtube’s Geek Week, ideas are afoot for the first ever KnightmareCon.

KnightmareCon is set to be hosted May 9th-11th 2014 in the very studios where the original series was shot, EPIC Studios in Norwich. Guests are set to include Hugo Myatt (Treguard), Mark Knight (Lord Fear), Tim Child, the creator of Knightmare and David Rowe the artist behind the original rooms featured in Knightmare, amongst others.

As everyone knows though, Cons aren’t cheap and passion and enthusiasm only go so far, so the team behind Knightmare Con need help to pull off this off. So if the idea of talking to the minds behind one of the most iconic and influential shows in kids TV history (and even playing a room of the dungeon – no, really!) sounds like a good thing, then watch the video and help make this happen at Knightmare Con at Indiegogo  vist the offical website KnightmareConvention.com

Andy Haigh started writing to counteract the brain atrophying effects of Retail Hell, now it's an addiction. Andy is an unrepentant sequential art absorbist and comics are one of his passions. Other interests include Film, Music, Science Fiction and Horror novels and quality TV like Game of Thrones. He can talk about these at great length if only someone would listen. He lives a somewhat hermit like life in The Shire, spends too much time on social media and is still waiting to go on an adventure.
You might also like
breakingknightmarenews