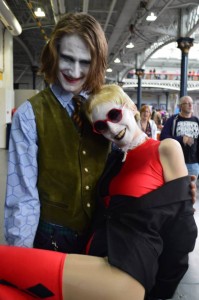 I was supposed to write about my foray into Winter London Film and Comic Con with fellow geek Laura Maier, last week, and usually that wouldn’t be a problem. I’m a pretty dab hand when it comes to rambling, but after my experience last weekend, I really couldn’t quite think of the words to explain how I felt about LFCC. And it’s honestly taken me this long to work out how to convey my sentiments in a cohesive manner, without the use of doodles and wild arm flailing. I mean, anyone can tell you something was amazing, or phenomenal, but do you really understand the gravity of what’s been said? Would you truly appreciate the conviction behind it? For me, LFCC was beyond words this time around, and was far more encompassing of a feeling. 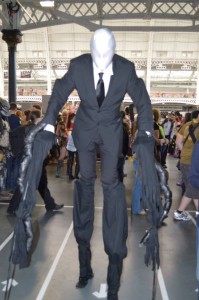 It was familial, right from the get go. The crew and staff bent over backwards to help us, from walking into the hall, to navigating the perils of queueing to meet some of our childhood idols. I mean, don’t get me wrong, the usual Showmasters team are almost always lovely, but I do think they deserve more than an honourable mention for their hard work and dedication at this particular shindig. Security too, for that matter, who kept tabs on the balcony as well as the entire floor, deserve a credible and bona fide pat on the back. It’s easy to overstep the mark sometimes, or to lose that calm and civil cool demeanour when surrounded by hundreds of people, but my hat goes off to them for doing a brilliant job with a smile regardless. Which is a really bizzare way to start a review isn’t it? Thanks security for not throwing us out! 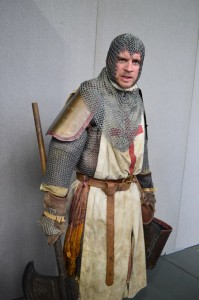 In all seriousness, LFCC, as it has always been, is a godsend. It’s one of the few places you can go and experience the true spectrum of geekdom and enjoy every second of it. You can meet a handful of famous faces, support one of the charity costuming groups, spend oodles of money on shiny trinkets that have your bank balance cringing afterwards, bear witness to some phenomenal costumes and take pride in the knowledge that you’re surrounded by like minded individuals. There isn’t a single time at LFCC that I was left on my own, because someone would always come and say hello. To discuss a costume or the event itself, to strike up a conversation about what we’d done or were planning to do, and I think that’s rare. At so many conventions these days, it’s easy to fall into the cliquey mentality of only speaking to people you know within a set circle. It’s great if you know everyone, but as an outsider, it’s incredibly ostracising to try and break through without a proxy to help you out. So I think that took some of the edge off really, to know that the people around me attending such a busy event, were friendly and amicable without that air of elitism. 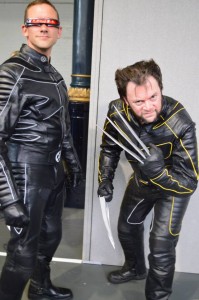 One of the big pulls of attending a convention like LFCC of course, is the cosplay – and I have to say, Winter LFCC did not disappoint. Unlike the Summer event, people weren’t actually melting this time, and as always the standard and variety was phenomenal. My personal favourites for the weekend, included a pint-sized Chun Li, a whole litter of Cats cosplayers, anyone wearing a Game of Thrones costume and a very dapper looking Colonial Marine. But as always, the costumes and the people wearing them, were some of the most lovely and contented people you could ever possibly ask for. They stopped to pose, to chat, and just generally hang out, which I think speaks volumes about the kind of crowd LFCC is attracting these days. 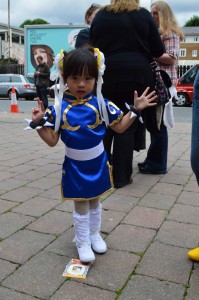 And naturally, speaking of cosplay, I’d like to take a minute to give a huge shoutout to the likes of Iconic Legion (who totally let me steal one of their chairs for the majority of Sunday) and Heroes Alliance, since not only did they absolutely nail their costumes, they also worked hard to raise money for their respective charities. And while we’re on the subject of shoutouts, I’m going to be incredibly biased and give a huge kudos to the Mandalorian Mercs too, since they humoured a lot of my questions about putting together a Mirta Gev with a smile and a healthy amount of encouragement. 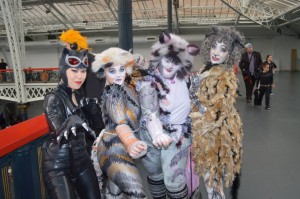 Aside from the cosplay though, I have to confess to having been a little out of my depth when it came to the guests this year. Brian Blessed, Margot Kidder, Michael Shanks, Billie Piper, Walter Jones etc. It took a great deal of effort not to simply sit rocking in a corner at the notion of being in the same room as them, let alone anything else. But aside from being incredibly busy, it was a real treat to see just how enthusiastic every guest was, and how committed they were to their fans. Hell, one of my good friends was completely smitten when she got to meet Walter Jones two days in a row, and he recognised her despite a drastic costume change. I think that’s a credit to him, and the guests as a whole, as they do actually remember who they’ve met! Their fans aren’t just fleeting blips on the raydar, but memories in the making, and I like to think that’s sort of what LFCC is all about. 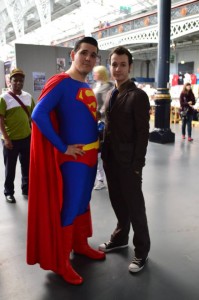 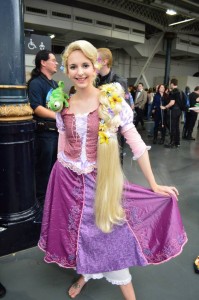 So all in all, I have to say, Winter LFCC was a massive resounding success. From the costumes, to the celebrities, the stalls to the smiles. It was perfection; simply put. And while the usual Brit-Cit presence was severely lacking in numbers this time around (and I did see a very smug looking Ma-Ma) the likes of Superman and the Doctor kept everyone in check, and we were all mostly behaved. Fingers crossed that’ll still be the case next year when London Film and Comic Con rolls around again in July!

You can keep up to date on more equally fantastic events run by Showmasters, by checking out their website:http://www.collectormania.com/  Laura took the photos.