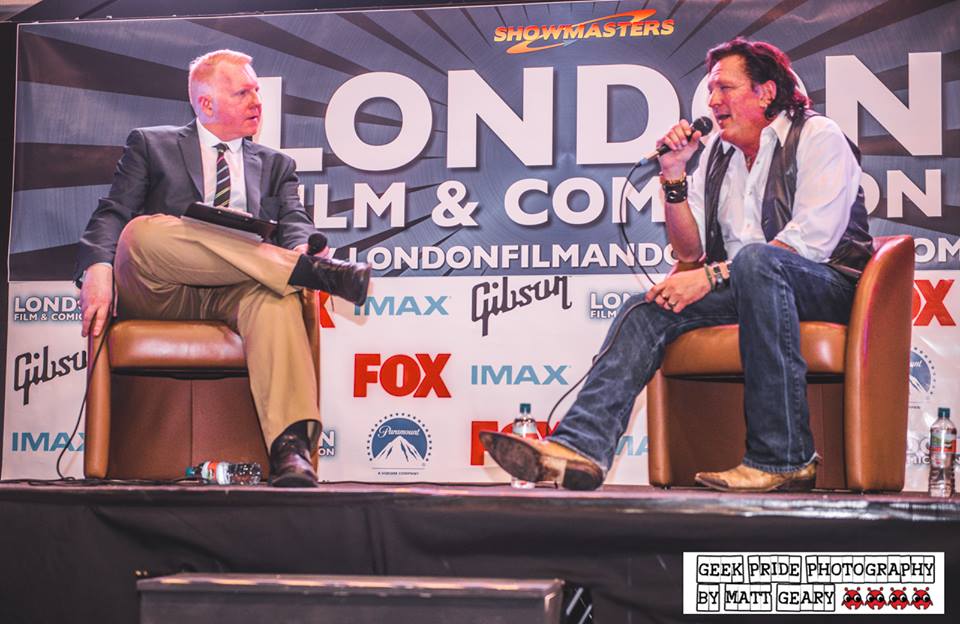 You know it’s Summer when con-season is in full swing and it’s time to dust off your camera and costumes for a trip to London Film & Comic Con. As always, Geek Pride was there once again to partake in the mischief, mayhem and madness of one of the most iconic and pivotal events in the UK Convention calendar.

Taking place back in Earls Court, the 11th-13th July saw thousands upon thousands of avid movie and comic fans descending upon the venue for a weekend jam packed with talks, signings, photoshoots, stalls…and in some cases, a hell of a lot of queuing. 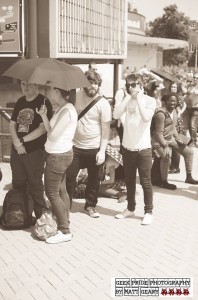 This year’s event really did come with an unprecedented demand for access, which isn’t surprising considering the legendary Stan Lee was in attendance for his last ever European appearance. Couple this with hard hitters like, George Romero, Carrie Fisher, Michael Biehn, Dina Meyer, Casper Van Dien and Lena Heady and it’s easy to see why so many prestigious faces drew in the crowds. Which is great news for Showmasters, the organisation that runs LFCC, but perhaps not the most ideal of situations for earnest con-goers, who haven’t before experienced the madness that is convention crowds.

I think the content of LFCC, as always was stunning. From the initial press conference, right through to an impromptu appearance by my illustrious editor in a panel, there was something there to entertain and appeal to the masses. It wasn’t just a cut and paste, run of the mill collection of anecdotes, but something formulaic, enjoyable and educational at the same time. The stalls too, as always were full of many an expensive wonder – and a reminder once again of why I should forever save my money before descending into the world of LFCC based shenanigans.

The cosplay though –  the cosplay is pretty much the crux of LFCC for me. It’s just constantly raising the bar higher and higher for imaginative and iconic creations. I ran into so many depictions of my childhood icons, it’s untrue. In much the same way children are enamoured by the face characters at Disneyland, I was in awe of some of the beautifully crafted and perfectly executed costumes being worn by the con attendees. (And as always a special shoutout goes to those brave folk in the Brit-Cit  justice department who braved abysmal heat in copious amounts of leather to dispense justice and sate my 2000AD penchant!)

It’s important to hammer home how impressed I was with the intention of the folk at LFCC to bring the convention up a notch and give it something to rival it’s US siblings, even if I do feel that despite good intentions some of it did fall flat. The queuing was not quite as bad as MCM London, but for non-ticket holding attendees it was a nightmare and a half on Saturday. Sunday however, they’d learnt from their mistake and had a newly evolved process that was better directed with the aid of staff and volunteers alike. I think the evolution of what took place is a testament to the adaptability of the organisation, but for some people it was almost certainly too little too late.

The air conditioning, or lack thereof, ran to a similar tune. I’m not sure what happened there, but with that many people in an enclosed space, it’s a wonder more people weren’t keeling over. The heat was insufferable, but after a few complaints, there was the arrival of a breeze again when the AC did finally kick in. As much as I’d like to blame the folk at Showmasters for the weather that weekend, I’m not so naive as to think they’re that powerful! They still ran a cracking event, even despite the obvious flaws in terms of crowd management, queuing and venue cooling.

It wasn’t perfect and I won’t pretend it was, but I think the calibre of guests, variety of costumes and general convention-vibe from LFCC, is something to be proud of. Which is why, I, along with the my other fellow Geek-Priders, are most definitely looking forward to WLFCC, to see what wonders await in a slightly more forgiving temperature!

Video and interviews to come shortly!