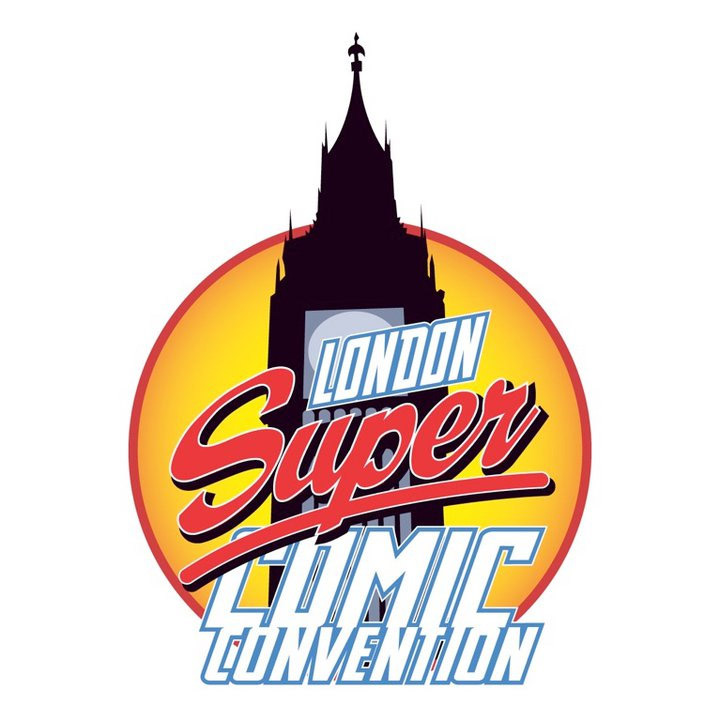 It’s time to crack out your calendars and book that time off, dust off your spandex and work on your best Joker laugh, because London Super Comic Con is back on the 15th and 16th of March 2014!

Now for those of you that don’t know, LSCC is a fairly young and new event having only come into inception two year ago. It’s the English equivalent of what the US has been experiencing for years ( those lucky devils!) – a fun, friendly, comic-centric convention in which every facet of geekdom is given free reign. It’s the home to many a creator, draws in intricate cosplays, and fuels a level of camaraderie rarely seen in the UK circuit. 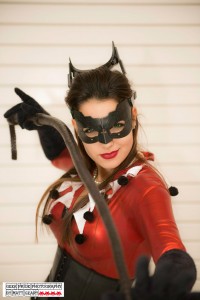 I was so excited to go and see for myself what wonders awaited as the convention unfolded at London’s Excel centre earlier this year(which incidentally also serves as MCM’s base of operations for London Expo later in the year) and when I arrived I have to say I was not disappointed. Everything from start to finish was essentially perfection. From the friendly smiling staff that helped you to pick up your registration (with an astonishing queue time of less than a minute!) right through to wandering the halls and grabbing seats at the panels, this was convention going at it’s finest.

I thought after it’s first year in existence, when the likes of Mr.Stan Lee himself attended as the guest of honour, it was unlikely to raise the bar higher. How can you improve on something already so jaw-droppingly well structured? Yet the LSCC organisers managed to do it anyway. This year didn’t see a return of the main man himself, but we did get the equally fabulous George Perez! Who I may or may not have been too absurdly nervous to go and actually speak to, but hey! That’s the level of star struck we’re talking about here. 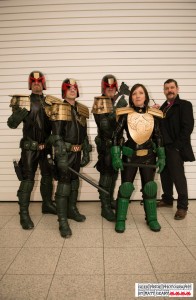 And with only a few guests announced so far for LSCC 2014, I have to say, it’s looking like it’s going to be a repeat performance and knock the ball right out of the park for the third year running. With the likes of Arthur Adams, Frank Cho, Max Brooks and Charlie Adlard to name but a few, you know you’re going to be in for a real treat. And what’s more, there’s even a much bigger presence on the cosplay scene this time to boot too!

I was impressed enough back at this years event, when the level of skill and talent was phenomenal behind every costume choice. The individuals partaking in the hobby really did extend it to a new level. They not only looked like the characters they were portraying, but they acted like them too – almost to the point where you felt surprisingly at peace while queuing for the DLR after a night of revelry the bar; simply because you knew you had Batman or Wolverine nearby watching your back!

2014 sees this extended into a whole new realm of awesome, with a costume contest to rival those often held across the pond. The grand prize of which being a trip to the ever amazing Dragon Con! But you can’t have a cosplay competition without some very formidable judges, and LSCC has most definitely scored them, with the extremely talented Riki Lecotey and Yaya Han putting contestants through their paces!

Impressed yet? I know I am. Which is why I’m eagerly awaiting more news of what panels are going to take place and what other stellar guests we can expect this time around. This year I was very much enamoured with the screening of ‘Judge Minty’, a 2000ad inspired fan film that definitely sated my not-at-all-secret penchant for Judges! Will 2014 bring something equally awe inspiring? I can certainly hope so!

So c’mon, what are you waiting for? Head on over to www.londonsupercomicconvention.com and get your tickets now! I promise it’ll be worth it – but if you still aren’t convinced, why not check out this video to show you what you’re missing!