previous
Persona 5 Announced for PS3; Coming Winter 2014
random
next
Superheroes are people too...

Last night saw the end of one of the best parts of a show that was quite frankly, flagging.

Family Guy , in last night’s episode, unceremoniously killed off lead character Brian Griffin by way of car accident. Fans across the board are shocked saddened by the event,as it came as a surprise to many.  Stewie was present at the death, but unable to save Brian as he had disasembled his time machine in a previous episode 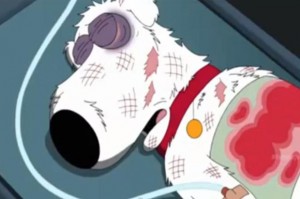 Creator Seth MacFarlane has for many years stated that he wished the show to end, stating that it had “run its course”. Maybe this death was His way of sabotaging the show into cancellation? who knows? 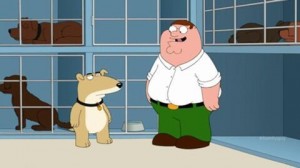 Brian was swiftly replaced by another dog named Vinnie, voiced by Sopranos actor Tony Sirico. How long do you reckon this last? comments below, and all tributes welcome. RIP Brian. :'(

Hailing from Kent, England, Mike is a writer, editor and podcaster who has just finished his degree at CCCU. He also is a drummer of 11+years, plays in several bands, and is available for session work. His other interests are Batman, music which doesn't suck and pizza. Follow Mike @The_Dark_Mike
You might also like
breakingBrianfamily guy