May MCM ;- Costumes, craziness and ever persistent queueing! 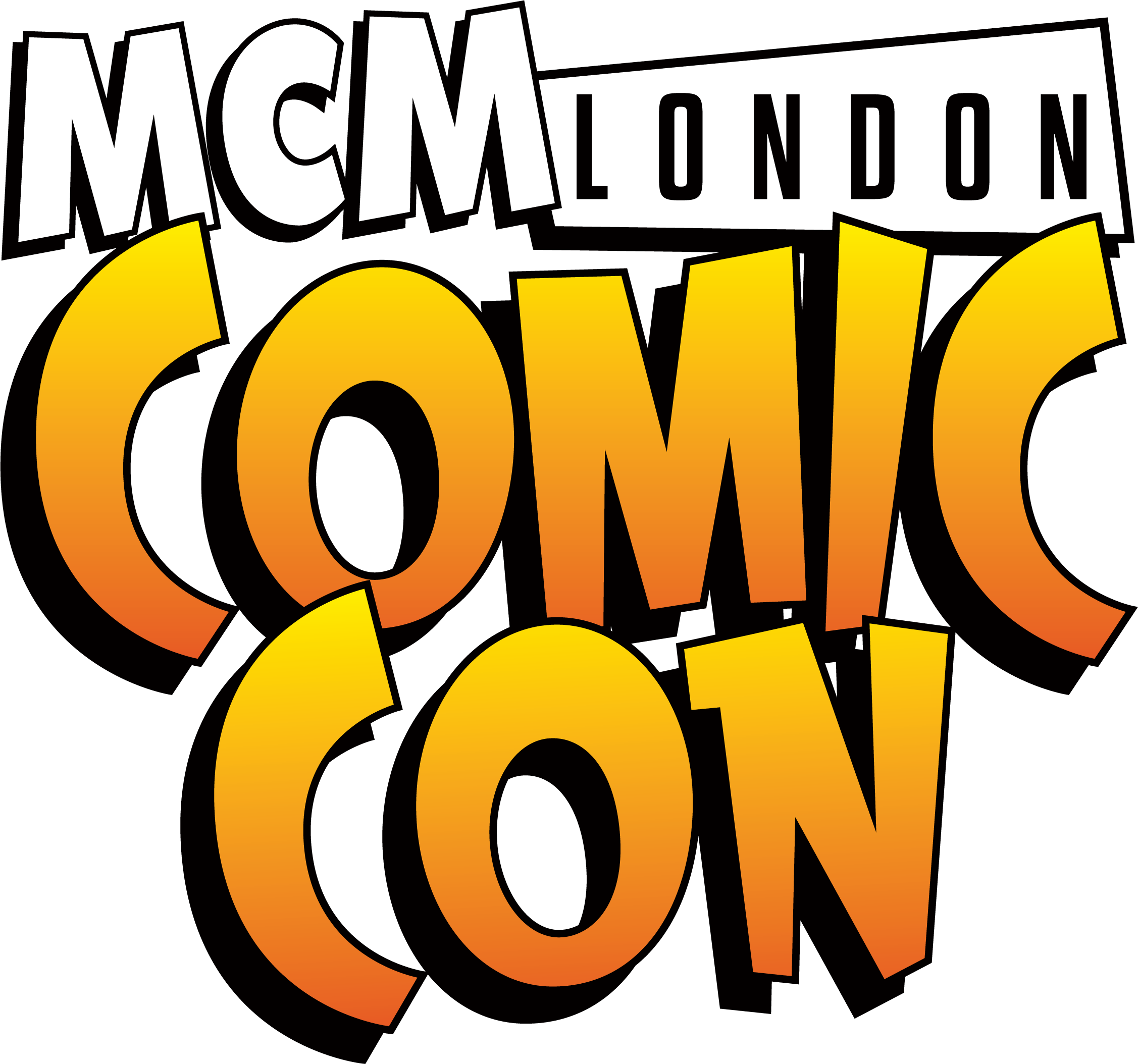 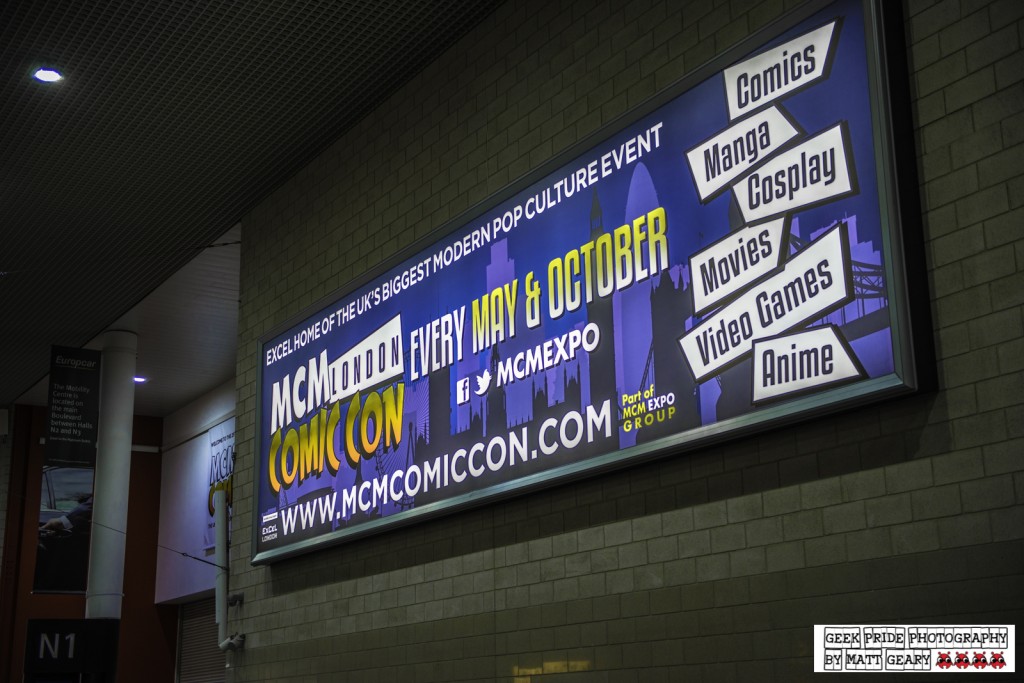 With the con-season now officially in full swing, last weekend saw the return of MCM London’s Comic Con over at the Excel Exhibition centre. As always it was a colourful mix of kooky characters, creative costumes and like minded individuals! Naturally, we folk over at Geek Pride were first in line to experience this wonderful plethora of geekery for ourselves and to see what delights would somehow dazzle us this time around.

Now, as you may recall I did write about MCM back in October last year following it’s Winter show with a fair few criticisms as to how it had been organised. With this in mind, I was reluctant to attend this May, but as always my intrepid and wise editor assured me it would be worth it – and he certainly wasn’t wrong. May MCM was most certainly a massive improvement on it’s catastrophic organisation last October, and my hat goes off to the organisers for the effort they’ve put into expanding and improving on the show itself. 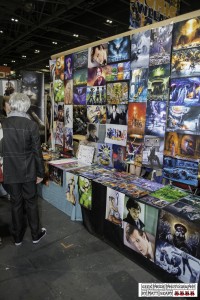 With far more space on offer – there was definitely a lot more breathing room inside the building, and a distinct lack of fear of getting trampled. The designated seating areas and food court were brilliant touches, and they helped to clear a lot of the congestion found in the halls themselves which were now spread over two separate areas. This meant more room for browsing the stalls and engaging with fellow attendees in a medium that wasn’t quite as reminiscent of being packed in like sardines. I think the floor planning was wonderful and the ability to manoeuvre without inadvertently getting taken out by a stray prop or somebody’s shoulder was a vast improvement on previous years!

As always, talks were taking place throughout the day with various panels being run by the typical guests. It’s not quite the line-up of somewhere like LFCC, but everyone that gave up their time to come and actively entertain the masses was thoroughly enjoyable and was well worth the mad dash across Excel to get to on time! I also have to give a shoutout to Honda for the gorgeous NM4 Vultus motorcycle that was on show. I was sorely tempted to try and commandeer it, but to little avail!

The cosplay as always was beautiful and in certain cases jaw dropping, which is just further proof every year that cosplayers from around the UK can still continue to push the boundaries and set the bar that little bit higher for the rest of us! It’s just a shame so many intricate and elaborate creations had to suffer a battering from the weather thanks to the new and improved queuing system imposed by MCM this time. 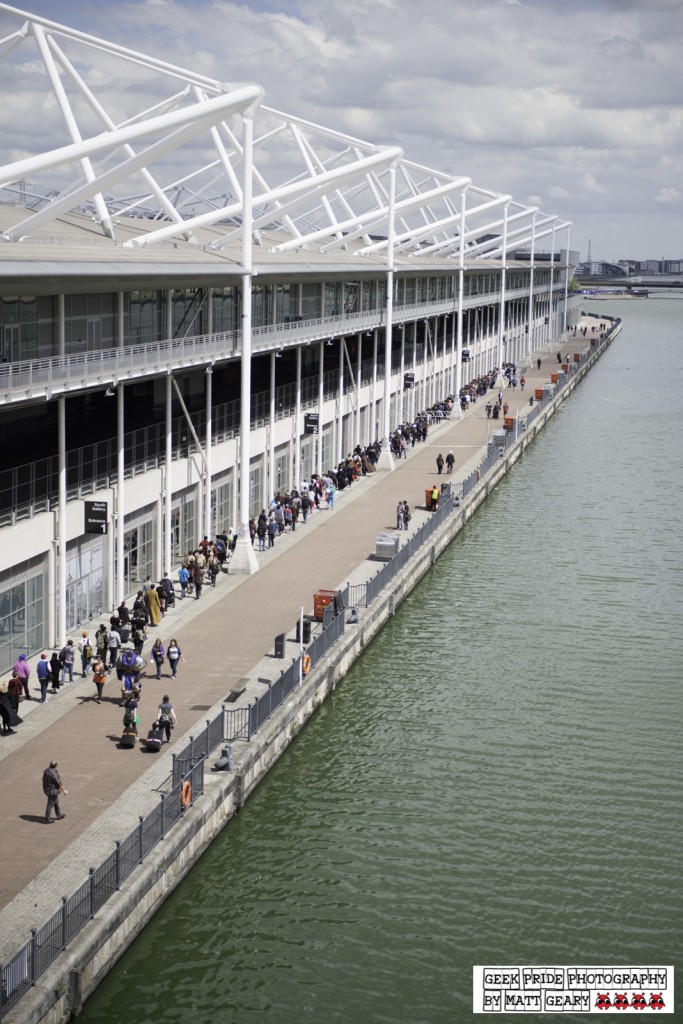 t’s actually my main criticism of the event, although not entirely negative. I do appreciate the space it created and the methodology behind it, but I think the execution still needs some work to try and rectify the issues that arose. I can’t hold the organisers accountable for the weather (unless one of them is secretly employing Storm…) but I do think it was slightly cruel to have to be stood outside for an extended period of time in a hailstorm simply to enter the building to retrieve a wristband that was already paid for. If you’ve spent weeks, or even months perfecting a costume, the last thing you need is for it to get saturated and decimated by a bit of bad weather. But also in the same vein, if you’re not costumed, it’s not particularly fun to be waiting around for x amount of hours to enter a building. Which also ties in with the exit-only issue I had with the East Side of the Excel complex. It did tend to punish those of us with hotels on the Eastern gateway, and  while it’s acceptable in Summer, I’d hope there’s a slightly more organised contingency in place for October MCM, lest we all be contracting some kind of wintery plague that’s worse even than con-flu!

On the plus side though, the persistent need to keep walking around the building did mean I wracked up 20miles worth of walking this past weekend (which in heels was perhaps not the most advisable, but go fitness!) so I can see the benefits, even if I didn’t particularly like being caught in a downpour that soaked me to the bone. Aside from that though, I do think MCM has made some serious strides in terms of improvement, and the volume of people that still choose to attend is a strong testament to that fact.

So naturally, I’ll be back in October, armed with a coat and umbrella – and I hope to see you all there again too!