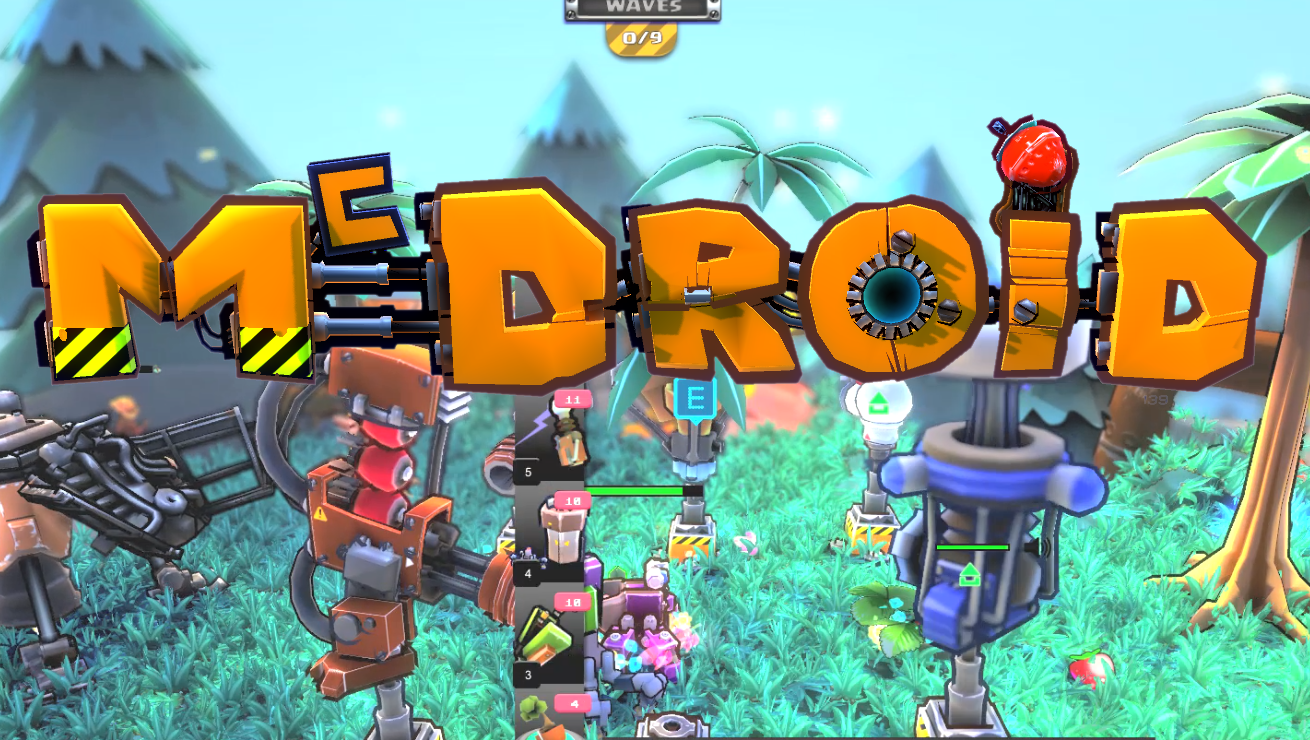 After a successful launch on PC via Steam, the Tower Defence game (with a twist) McDROID has been released on PS4 and Xbox One today.

Costing a mere $7.99 (or £6.49 for us UK players), Prague-based studio Grip Digital (responsible for The Solus Project) bring Elefantopia’s game to consoles. Jakub Mikyska, co-founder and CEO of Grip Digital had this to say about the project:

“When you mix creativity, tough action, gorgeous art style and lots of humor – you get McDROID. One of the most unique Tower Defense action games you can find in this part of the galaxy! We are proud of the game and can’t wait to see it in the hands of players on PS4 and Xbox One,”

Taking control of the titular cute little robot, you crash-land on a lush planet infested with alien scum. In order to repair your ship and to heal the planet, you’ll have to show the aliens some really close encounters of the lethal kind.

McDROID will be tasked with building a base and defenses, harvesting resources and discovering a plethora of interesting sci-fi weaponry, as swarms of alien enemies try to take the brave ‘bot down.

The twist to the standard Tower Defence gameplay is that you can leave the dirty work to your automatic turrets, or you can join the fight yourself. This is what really draws my attention to the title, as I’m not normally a fan of TD games as I don’t like the lack of control.

All being well I’ll be reviewing the title over the weekend, so I’ll bring you some more information soon! Until then, take a look at the trailer: