Meeting Chuck Palahniuk and a look at his upcoming ‘Gonzo Erotica’ 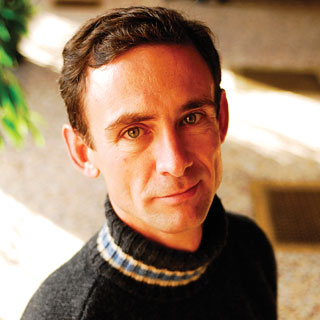 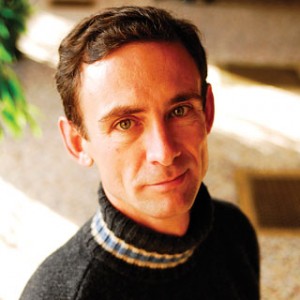 When I mention the name Chuck Palahniuk to most folk, the response usually goes one of two ways. I’m hit with “oh, the dude that wrote Fight Club” (usually because they’ve seen the film) and more often than not, I’m met with a confused look.

So when counting down the days to going along to one of Chuck’s rare UK readings, people didn’t seem to really understand my excitement. Whilst Fight Club is an excellent novel and still perching at the top of my favourite pieces of Chuck’s work, there is so much more to him than those eight rules and Jack’s smirking revenge.

So I’m here to offer you an insight into Chuck’s lesser known writing, his book tour in the UK and information about his upcoming novel ‘Beautiful You’, in which he intends to tap into ‘gonzo erotica’.

Born in Washington in 1962, Chuck Palahniuk later attended the University of Oregon School of Journalism, apparently because that’s what everyone was doing at the time. He then spent many years working as a mechanic for Freightliner until his career as a novelist really kicked off in 1996 with his first book, ‘Fight Club’. Another of his notable works is 2005’s ‘Haunted’, which features a number of short stories which are brought together by the main narrative. The most memorable of these is without a doubt ‘Guts’, which has become rather infamous for it’s disturbing content and effect on readers. ‘Guts’ has been read by Chuck during several of his book tours and has resulted in members of the audience actually fainting, or trying to leave. Go on, give it a read. 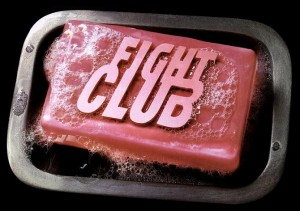 On 7th November Chuck’s latest book, ‘Doomed’, was released in the UK. ‘Doomed’ is a follow up to 2011’s ‘Damned’, both of which are part of a trilogy about thirteen-year-old Madison, who finds herself sent to hell. The series has been described by the author as “The Breakfast Club set in hell”, with many of the characters modelled on the archetypes from the film. To promote his new book, Chuch Palahniuk embarked on a tour which involved stopping off in the UK. The tour was described as a ‘pyjama party’ in which Chuck invited guests to come along in the pjs with cuddly toys, but the enthusiasm didn’t quite spread over here unfortunately. 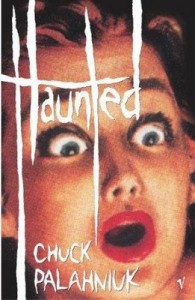 Tickets for most of the UK events sold out almost instantly, with Chuck hitting some very small and intimate venues across the country. Luckily, I managed to secure some tickets to his reading at The Anthony Burgess Foundation in Manchester for 14th November. Unsure of what to expect at this hour long event and the venue itself, I headed off to Manchester in search of the building.

On arrival we were shown into a rather small room, filled with at most one hundred chairs all facing a small platform. We were able to purchase signed copies of ‘Doomed’ as Chuck couldn’t stick around due to another event that evening. At 6pm sharp, we were introduced to Chuck Palahniuk as he made his was down the aisle onto the small platform, and read us his short story ‘Romance’. It’s not ‘Guts’, that’s for sure, but Chuck still had the audience gripped on his every word.

After the reading, Chuck was interviewed about his work and then the floor was opened for questions. He spoke of his lack of interest in a journalism career, but how that went on to have a big impact on his writing. We were told a few rather unsettling stories that he enjoyed passing on and he spoke about how writing the ‘Damned’ trilogy has helped him to cope with the death of both his parents over recent years. 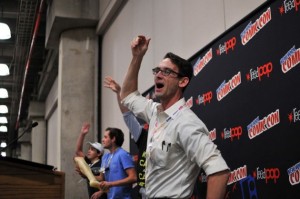 The event was too short for my liking, but it was a fabulous experience that I’d love to repeat. As Chuck was ushered off the platform and met with a crowd trying to speak to him, we realised it was a lost cause and excited the venue. However, to our surprise, we were quickly followed by Chuck himself who had made a sneaky escape. I went a little blank for a moment, before gushing about my utter enjoyment of the event at him. He was such a lovely man, who came across as rather humble about his work.

Following Chuck’s UK appearances, further information about his next novel has made it’s way around the web. Asides from the upcoming Fight Club sequel in graphic novel form (squee), ‘Beautiful You’ which he has described as ‘gonzo erotica’. 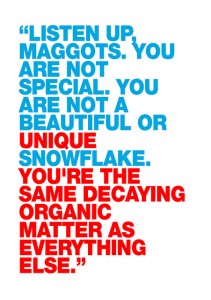