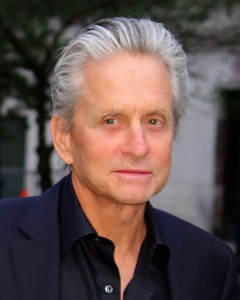 The latest addition to Marvel’s roster of ridiculous talent

News has just been released concerning further casting in the upcoming Ant Man film, slated for a 2015 release. Ever since the announcement of the film and the following reveal that Paul Rudd would be starring there has been some curiosity as to which Ant Man Rudd would be portraying. As time went by and there were hints that it would be a “heist movie” suspicion built towards the idea of Paul Rudd playing the second Ant Man, Scott Lang. This has since been confirmed and now, it has been unveiled that Michael Douglas will be stepping into the role of Hank Pym. The veteran actor, star of such films as Wall Street and Falling Down, is now set to star as the original owner of the Ant Man suit.

Hank Pym is a genius scientist who utilised subatomic “Pym particles” in order to allow himself to shift the size of his own body or objects, most often allowing him to shrink to the size of an insect. He also uses a cybernetic helmet which allows him to communicate with insects and control them.

Aside from being Ant Man, Pym has also taken up several other aliases such as Yellowjacket, Giant-Man and Goliath. Scott Lang is a reformed thief and electronics expert who originally stole the Ant Man suit in order to rescue a doctor who could save his ailing daughter’s life. Following the theft, Lang intended to return the equipment but, having seen what he used it for, Hank Pym allowed him to keep it on the condition that it was used to uphold the law.

With the confirmation of both Hank Pym and Scott Lang’s roles in the Ant-Man film, it would appear that director Edgar Wright is definitely aiming for the transition period between the two characters, giving us perhaps an older Pym than we expected but, when Marvel promises a heist film, it’s hard not to be excited. And with this new addition to the shared universe, it will definitely be interesting to see where Marvel plans to build these characters into Phase 3. 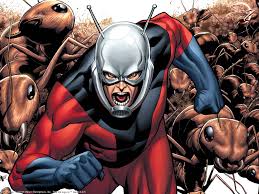 It’s not the size, it’s how you use it

I'm a fan of Batman, RPGs and anything fantasy related. Mostly PC based.
You might also like
ant-manbreakingcomics