If there was any evidence for the growing culture of board games beyond Monopoly, this is it. Recently covered in the Guardian (follow this link for the original article) Draughts will be a licensed board game cafe, a venture from former sound engineer Toby Hamand. Soon to be opening in Hackney, London, Toby hopes to have a library of at least 500 titles for patrons to pick off the shelves and break open on the tables, all the while supping their tipple of choice or just a coffee for the teetotal. What’s more, Draughts will employ Game Gurus whose job will be to teach you any new games you want to try out, so you don’t even have to play something that you already own.

Draughts is not the first however. Opening in July 2013, Thirsty Meeples of Oxford is the first board game cafe to open in the UK. Stocking over 1700 games (oh my!) and a tasty selection of cakes, teas and coffees, this seems the ideal place to hang out after a busy morning wandering Oxford town centre. 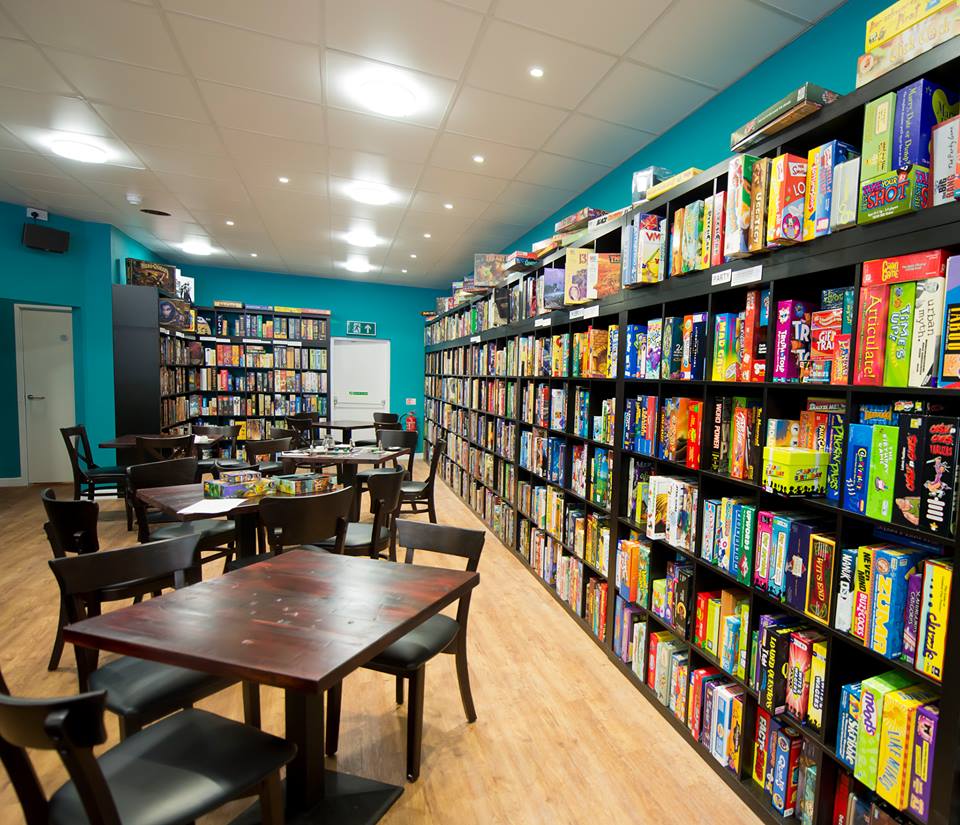 Look at that selection!

So is this a fad that will fade, or are board game cafes here to stay? Well, judging by the success of Thirsty Meeples and the year-on-year growth of UK Games EXPO (the UK’s premier board gaming convention) this may be one trend that’s here to stay. I for one can’t think of anything better than chilling out with a couple of hot beverages, friends new and old with a board game on the table, all the while people watching between turns out the shop front window.

An avid board and card gamer, this displaced Cornishman has spent way too much time playing games and skulking around his local hobby shops. He later escaped to Swindon, the land of roundabouts, where he currently designs games whilst infecting those who stand still too long with his gaming lurgy.
You might also like
board gamecafeCard Game