New Trailer for Sin City: A Dame to Kill For 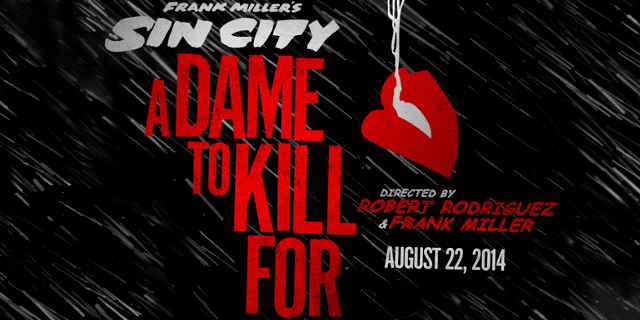 The sequel to Robert Rodriguez and Frank Miller’s 2005 beautifully stylised noir hit finally graces our screens late August (the release date is still moving about a little). Sin City: A Dame to Kill For has been one of the most anticipated sequels in recent years since it’s announcement, but unless you’re a fan of the original graphic novels, the details offered in the trailers have been vague.

Earlier today, a fabulous lengthier third trailer hit the web and boy, it’s a beauty. The trailer is more structured than what we have seen so far, offering an insight into the new characters, as well as reminders of those returning for round two. The cast is one excellent line-up, with returning roles from the likes of Mickey Rourke, Jessica Alba and Bruce Willis, along with new faces such as Joseph Gordon-Levitt and Josh Brolin. For fans of neo-noir and gritty graphic novels, Sin City is visually stunning wet dream and it looks like the sequel will not disappoint.

Enough of my jabbering, here’s the latest trailer for Sin City: A Dame to Kill For, which hits the big screen later this year.