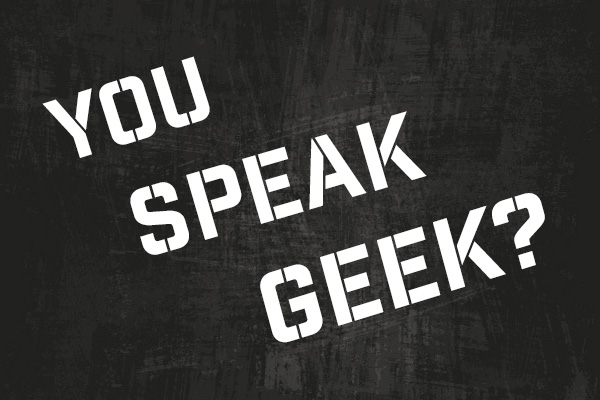 Something happened to me. Something good. Let me explain, but to do so you need to know a little bit about me.

Naturally, I am a self declared geek, it’s why I write for Geek Pride. In real life, by which I am mean actual face to face stuff, I know about ten geeks that I have spent significant time with. These are the people I am comfortable to be around in socially and we have very similar interests. Via the magic of the internet I know many more, I ‘speak’ and interact with many on a…we’ll call it a weekly basis. I’m still not the most social of people even with the +5 confidence the screen in front of me provides. 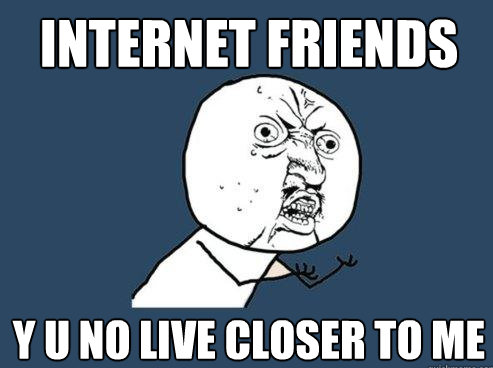 So in my everyday ‘gotta go out and work‘ life I spend very little time with anyone who has a clue about the majority of my interests and fandom obsessions. I stick out like an elf at a dwarf party. When people ask what I’m doing at the weekend and I say “having friends to play board games”  you can guarantee the response will be somewhere in the region of “What like Monopoly?” Well, no not really and I leave it at that because they already think I’m weird.

It may be the purple hair, it may be the clueless look on my face when people start discussing whatever BBC crime drama is airing at the time, or any of the soaps or reality shows…you get the idea. I don’t do normal TV, everything I watch is via Netflix or other means. There is no channel hopping or ads in my life.

Now in recent years I can see the balance is tipping a little my way. The popularity of Game of Thrones and The Walking Dead means there are a couple more people in the work place I can talk to about these shows. The same goes for the rise of superhero films, I remember a moment that still makes me smile. A colleague turned to me asked “So who is this Green Lantern?” okay, it turned out the movie was a pile of troll shit, but my point is that hearing the name ‘Green Lantern’ to come out of a muggle’s mouth made me smile. It also made me spew an origin story and explanation of the Justice League. 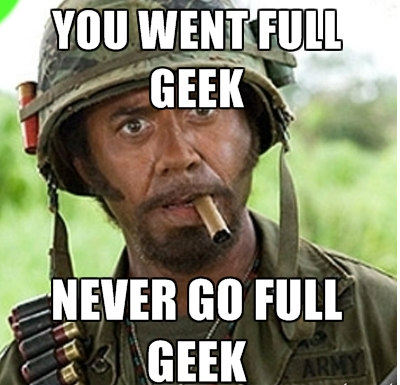 Needless to say I went a little too far and I got the “aw you’re so cute”  But it was nice, because most of the time my choice of interests and the fun things that are important to my identity, can also make me feel pretty isolated. Over the years I have learnt to filter myself amongst the norms.

So let me bring you to one of my favourite days at work. We had a visiting drama company, the actors joined us in the staff room for dinner and I struck up a conversation with a gentleman. He was telling me how his son’s school had declared that his 6 year couldn’t dress as Spider-Man because it wasn’t a book. Well in I jumped “I can take them my house right now and show them a Spider-Man book”.

What unfolded next was described by my colleagues as a whole lotta excitement, words and references they did not understand. We began talking comics moving to superheroes, Deadpool had just come out and we both gushed over how awesome that movie is, onto Jessica Jones then Daredevil. We discussed how amazing the first Avengers film had been and how at the time we hadn’t seen anything like it. And then came the moment that suddenly silenced me. The moment I knew I had met a kindred spirit, It went like this…

Him: Well Joss Whedon
Me: Oh totally, Whedon’s my god
Him: Firefly though
Me: *Stunned Silence*
Him: *frown*
Me: …You know Firefly?
Him: Of course

This was not someone who had a vague interest in things that are entering ‘mainstream’. If you can reference Firefly, I know I’m speaking to a like minded individual. Love it or hate it, the mere fact that you know it exists means I probably have more in common with you than anyone else in that building. My stunned silence was caused by the simple fact that in the 11 years in my job, in that workplace, I had never spoken to anyone about Firefly it had never been worth the hassle of explaining why cowboys in space was so good.

The high energy and enthusiastic conversation that continued for the next 30 minutes was quite honestly, refreshing, It felt natural, it felt comfortable, it felt like I had popped the cork on my true geek and I let it all pour out, with no shame, no embarrassment. It came to the point where he referred to me as his “geek sister from another mother”. I felt like I belonged. That day the people I work with witnessed the true me. It left them quiet, a little confused and unable to join the conversation. For once I wasn’t the one who felt out of place.

These moments are rare for me but they serve as reminder that actually there are people out in the wide world that you can connect with and sometimes they will turn up in the most unexpected places.