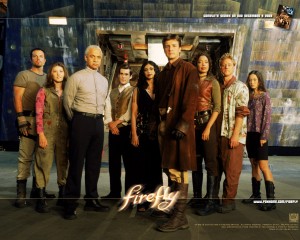 Thursday brought some great news for Browncoats everywhere. The original cast of the hit Joss Whedon show, Firefly will be lending their voices for characters in the new game. Firefly Online is developed by Sparkplug, in conjunction with Quantum Mechanix and Fox Digital Entertainment will be based on the original show that ran from 2002-2003 and sired the 2005 movie, Serenity.

www.Keepflying.com is currently running extremely slow due to the recent influx of traffic after the announcement at SDCC. When you look into the game itself, the dynamics seem pretty cool. The game essentially allows players to create a character that is then incorporated into the shows universe. Are you ready to enter the captains chair?

I for one am looking forward to this game as I am a hopeful Browncoat still holding out for Season 2. Check out Callum’s informative article for the game trailer and more information on the specs for the game itself. Super excited to see the cast reunited again for something that is long overdue for the shows fanbase.

Brittany Thornton aka The Wookie, lives on the majestic islands of Hawaii. A mother of two up and coming geek daughters. A Whovian, a Tolkien lover, a Trekkie and obviously a fan of Star Wars, you'll usually find her on XboxLive, playing Destiny and getting killed... a lot. Want to win her over? Books, bring books. Food helps too.
You might also like
BrowncoatsfireflyJoss whedon