Those who love to see death in the shape of a Panzer battalion have received a rather pleasant surprise as bitComposer and Sproing announced the release of Hex-based War ‘Em Up Panzer Tactics HD for PC and iOS devices in Q2 (Sometime in the summer) 2014 – an updated re-release of 2007’s Panzer Tactics DS.

The original Panzer Tactics DS was basically the game which hardcore Advance Wars players picked up when they wondered if their finely tuned Neotank skills would get them anywhere in a real war, before being firmly put in their place. It was challenging, lengthy and oddly deep, yet still had enough of that simplicity to fit with the rest of the fantastic DS strategy games. 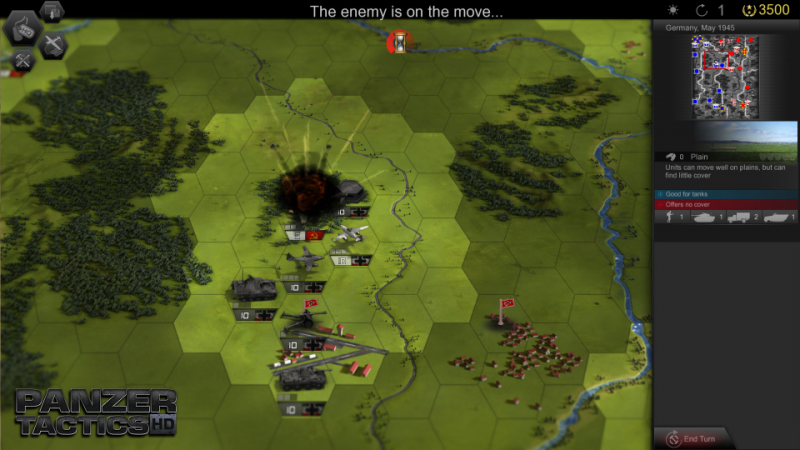 Much of that content, from the 30 commanders, to the 150 unit types spread over three campaigns is largely the same, but all of the art and animation assets have been completely redrawn. As hinted by Sproing CEO Harald Riegler, certain progressive elements of the battlefield have been emphasised; “The changes will be more than visible…weather and terrain significantly affect the battlefields, thus strategy for the next move. In short, with Panzer Tactics HD, we are taking the game to a new level.”

The partnership with bitComposer here is very much an interesting one. The Jagged Alliance: Back in Action publisher is as much here to ensure a smooth transition onto digital distribution platforms as anything else, but bitComposer would with Panzer Tactics HD be moving back into familiar turn-based territory. 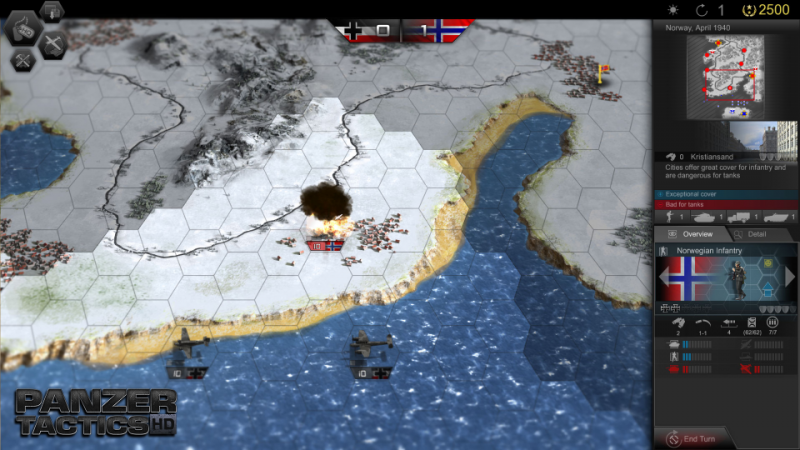 Well, that’ll be a tricky weather forecast to explain in Kristensand…

The focus has been on refining the single player experience, with the AI punishing the player for mistakes in ways much more subtle than a lot of games on the DS. The game will also provide 60 hours of musing tactical game play for those armchair Churchills we know and love to hone their Machiavellian machinations.

An upstart young literary critic, reviewer, novelist, lyricist, metal vocalist and master of hugs, with a particular tone mixing academic critique with bouncy childish glee.
You might also like
bitComposerbreakingDS