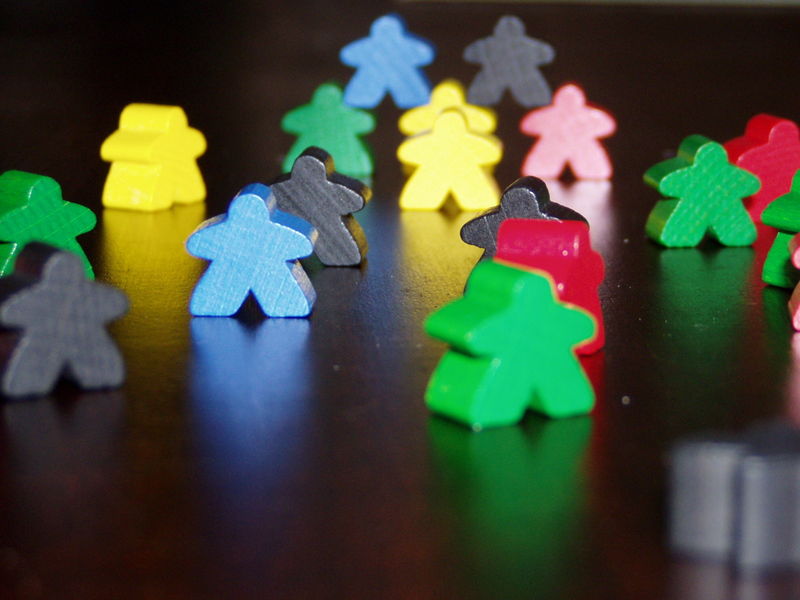 Hello, and welcome to my first article writing for Geek Pride! Little bit about me: I’ve been playing board, card and table top games since stumbling across Magic the Gathering way back in the 90s, and have been hooked ever since; so much so I even moved into games design myself!

For each of these articles, I’ll look to review some of the best (and worst!) card and board games out there, giving my 2 pence on mechanics, theme and the most important factor, the Fun Factor!

So let’s start with what I consider ‘The Big Three’. These three games show three completely different archetypes. Many of the modern board and card games are evolutions of these big three, and have been staples in the majority of the nerd gamer’s collections in the past two decades. Without further ado, let’s take a peek!

So this one has already been reviewed on this website, and I won’t repeat what has already been written. All I’ll say is that SoC, with its ‘new’ board every game and numerous strategies for winning mean players can switch up to different play styles if one plan isn’t working. The rules walk the line of complexity and style, making the game accessible to all ages.  An absolute must for anyone.

The tile-laying game based on the history of the French town of the same name, players are asked to shape the layout of a region in the landscape. Players build roads, lay the fields and raise mighty cities whilst distributing their own followers to the expanding board in a bid to score the highest points. The rule set is very simple, yet the tactical depth it presents is amazing; players need to think two steps ahead to prevent opposing followers slipping in a scuppering their carefully laid plans. Plenty of expansions keep the game fresh, and it’s the perfect game for starting an evening of gaming as play time comes in at under an hour.

The first of its kind, Dominion invented the archetype known as the ‘deck builder’ game. Players start the game as a Monarch with a basic set of cards, each representing the gold in their coffers or the buildings of their small town. As the game progresses, players get a new hand of cards each turn with which to ‘buy’ new and better buildings and coinage, which then go into your personal deck (your ‘Kingdom’) thus improving the quality of your hand in later turns. Players win by buying the best cards, with the quality of the deck being the deciding factor at the end of the game. A real mould breaker, this game spawned many imitators (some good, some not so great).

So those are my Big Three. Next time I’ll look more in depth into some of the more modern games available at your local hobby shop.

Got any games you’d like to discuss? Got any play experiences of your own you’d like to share? Or just inspired to find out more? We’d love to hear all about it, so get commenting below!