previous
Do Video Games and TV Cause Mental Issues?
random
next
Jon Pertwee as the Third Doctor: A Retrospective

Science For the Win – Brittany’s Round-up of This Week’s SCIENCE!

Being the science geek that I am, I wanted to compile the top science news headlines all in one spot for your reading pleasure. This week was not as fast-paced in the community as it usually is, but, after broken links and lots of searching, this list has the top five headlines and the corresponding articles. Enjoy!

Planet of Burning Ice
An exoplanet 33 light-years away, been observed to be completely covered in burning ice. Gliese 436b is not a newly discovered exoplanet: however, there are some very interesting things going on out there that completely defy everything we know about the predictability of matter. Every inch of the planet’s surface is covered in ice, but it is so close to its star that the temperature is consistently 800 degrees Fahrenheit. So exactly how does ice exist at a temperature four times the boiling point of water? To put it simply, the gravity on Gliese 436b is so powerful it compresses the the water vapor into a solid form called “Ice Ten.” As for the burning part, the atmosphere is made up of hydrogen and helium gas.

For more information and some other unpredictable planets, follow the link. 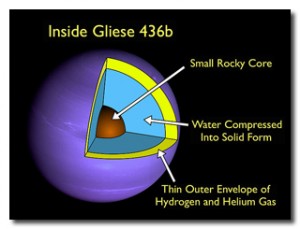 Lack of Sex Can Kill
Female ferrets can die from not having sex. Yep, it’s true. Like all mammals, female ferrets go into heat when it’s time to breed. If they do not successfully mate, their systems remain in heat, causing a excess of estrogen and leading to anemia. In some cases, anemia can lead to death. If you do have a female ferret, it is advised that you get them desexed or an implant to prevent them from going into heat, unless of course you are breeding them. For more information please follow the link. 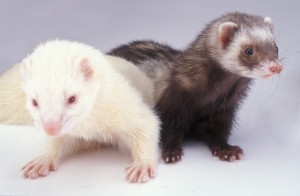 Nobel Prize Winner Dies
Two-time Nobel laureate Dr. Frederick Sanger passed away at the age of 95 in Cambridge, England. Also known as ‘The Father of Genomics,’ Dr. Sanger was only one of four people to have won two Nobel prizes, and the only person to win two in chemistry. In 1958, he won for revealing the entire sequence of the 51 amino acids that make up insulin, and showing how they linked together. Then, in 1980, he shared half of the chemistry prize for his contribution to research on DNA sequencing. Learn more about this iconic scientist here. 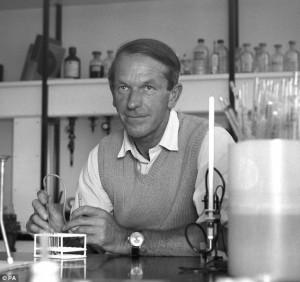 Moderate video game use has been linked to improved memory, decreased dyslexia, boosted multitasking abilities and more!
I don’t really think I need to elaborate on this one. As you can imagine, I’m over here with an ‘I told you so’ smirk on my face. Below is a link to one study done at California State University in Sacramento. http://www.csus.edu/Mcnair/_ALL-Scholars-Articles-Photos-Webpage/13_2011_2012/jounal_2011-12/Carmen_Lidia_Tavarez.pdf 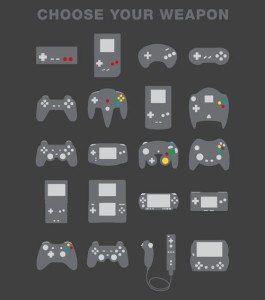 Happy Birthday to the ISS!
The International Space Station turned 15 this week. In 1998, the Russian space program launched this outstanding technology. Since it’s debut into space, the ISS has hosted 68 different countries’ exploration programs. It has had continuous human habitation since the second of November, 2002, and docked 130 international spacecrafts. The International Space Station has been a constant in our generation’s lives. It’s definitely one of those things that is so beautiful it could make you cry. Without the ISS, we would still be wondering about a lot of the things in space. You just really can’t put a price on knowledge… Okay, you can. Coming in at a whopping $35 billion, the International Space Station is the most expensive yet educating pieces of technology that is orbiting the Earth. Money well spent. http://www.upi.com/Science_News/Blog/2013/11/20/International-Space-Station-turns-15/7971384964063/ 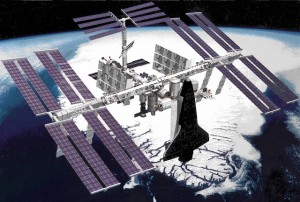 Brittany Thornton aka The Wookie, lives on the majestic islands of Hawaii. A mother of two up and coming geek daughters. A Whovian, a Tolkien lover, a Trekkie and obviously a fan of Star Wars, you'll usually find her on XboxLive, playing Destiny and getting killed... a lot. Want to win her over? Books, bring books. Food helps too.
You might also like
science