Shadowrun:Hong Kong gets a release date. 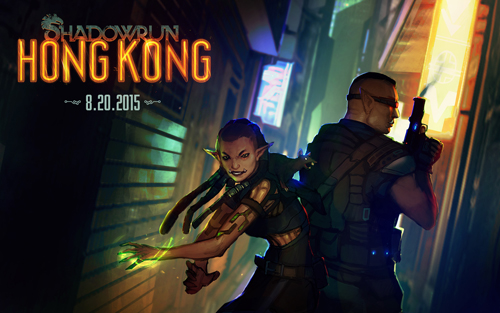 Shadowrun: Hong Kong is the third Shadowrun RPG from the indie developer and the result of another very successful crowdfunding campaign that finished with over $1 million in pledges. The first two games were some of the best RPG games I’ve played in years, my thoughts on Shadowrun Returns are here and my thoughts on the follow up Shadowrun: Dragonfall – Director’s Cut are here.

This new game features an all new set of characters to run the shadows in the location of Hong Kong,  Gobbet an Ork street shaman, Duncan an Ork security specialist, and Is0bel a Dwarf decker making up the crew. Due to the success of the crowdfunding campaign additional characters Rachter, a Russian rigger and Gaichu a former red samurai Infected with the Human Meta-Human Vampiric Virus will now feature alongside a bunch of other extra in game enhancements.

Check out this GIF of Gaichu in action.