previous
Finally, The Spawn Film We've Been Waiting For
random
next
Super Mario. A Musical Maestro

Marvel have revealed that Spider-Woman is getting a redesigned costume for the first time in 37 years. Seriously. 37 years. Spider-Woman has had the same costume since The Clash and Star Wars were brand new things. I mean, granted, she had that bizarre hair-covering variant last seen in the Bendis/Reed re-telling of her origin story, but the less said about that the better. 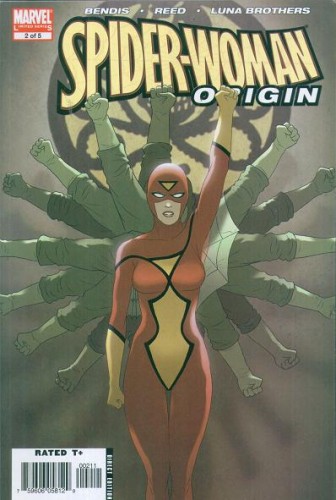 Your head looks like a suppository, Jess. Stop it.

So this Kris Anka redesign… I had a classic Spider-Woman cosplay planned and now I have to change it because DUDE this design is awesome. As I mentioned when I talked about the Batgirl redesign, there’s a wonderful trend for more practical costumes, which I love.

I like the shape of the jacket, and also the fact that there’s a jacket, so as a cosplay it’s going to be so warm and comfortable, and you could totally wear bits of it outside as day wear. As a disguise, however, it’s laughably impractical, as it depends on a pair of glasses- the lamest of all superhero disguises (sorry Superman!). Hopefully the glasses will have a function, like some sort of facial recognition/night vision/heat vision special modes; you know, something other than a button which covers slightly more of her forehead. The jacket zipping up to reveal the Spider-logo is a nice touch, but again, the disguise will be utterly foiled if her jacket flap swings shut, or someone approaches Jess from the side in civilian mode. But then, much like most of the Marvel universe, Jess’ identity has never really been that much of a secret. So it’s no big deal. 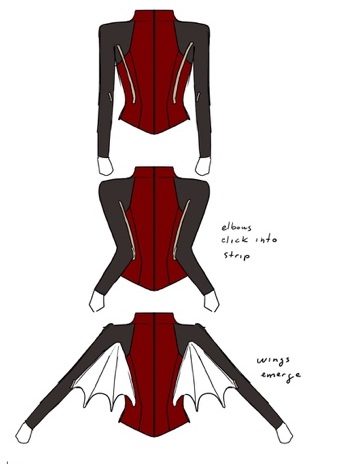 It’s a good plan, which has been praised for looking less ridiculous than Jess’ current wing-pits, without retconning her glide ability into straight-up flight. There’s just one problem: the activation. Jess pushes her upper arms into her back to attach the wings- not as unrealistic as it may seem, since I assume Jess is hyper-flexible and capable of doing that. From the back, as seen in Anka’s design and my recreation here, it’s all fine. 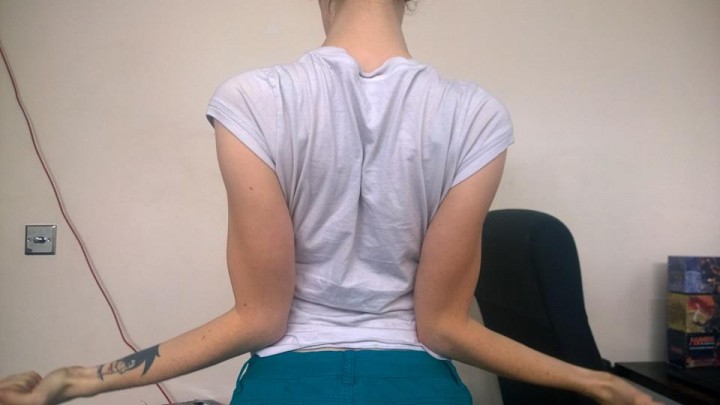 If a little unsettling…

From the front, however… 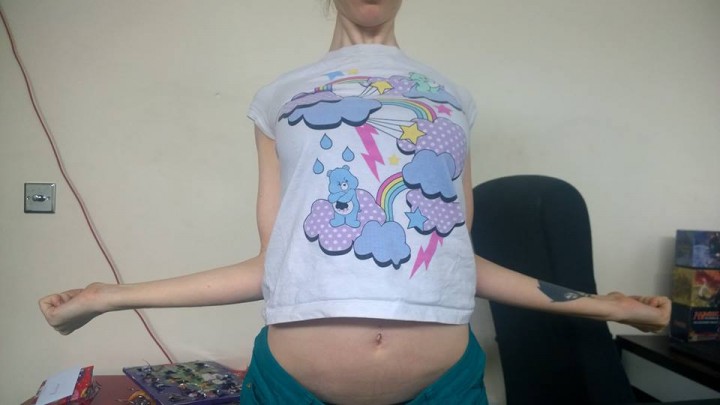 Care Bears aside, there is nothing right with this picture.

So the new Spider-Woman costume: it’s modern, it’s practical, and it looks awesome. But every time she activates her glide system, anyone in front of her will be under the impression that she’s trying to transform into an amorous raptor.

At the time of character creation, Laura Maier made the mistake of putting all her points in charm. While this was probably an unwise decision, it's served her well so far. Her power animal is the platypus.
You might also like
cosplaycostumekris anka